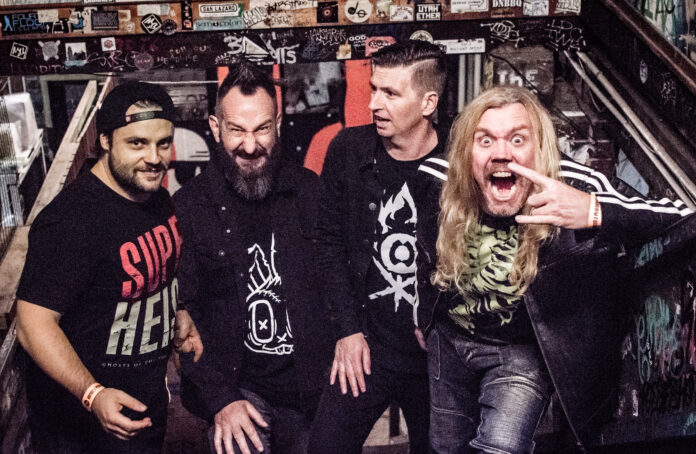 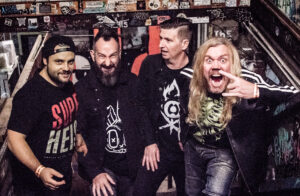 DL only from here

Are Australian Hard-Rockers Goatzilla – ‘Bad News’ style Heavy Metal (like your brain) or are they the future-sound of post-pandemic, excess-all-areas rock’n’roll good-times?  Asks Ged Babey as an excuse to have a dig at this seasons painfully hip bands who are retreads of early Talking Heads and XTC…

Once the lockdowns are over and freedoms return, what kind of music is the fun-lovin’, up-for-it man-and-woman in-the-street going to want to hear on the radio and go and see live?

Will it be art-school progressive-hipster jazz-wonk? Will it be woe-is-me, chin-stroking depressive acoustic wank? Will it be cold, soulless, electronic beats and breaks? Will it be endless greatest-shits reformed-for-the-cash retro-acts?

No!  It will be good-time, no-nonsense, heads-down rock and roll, baby!  Cue Goatzilla! 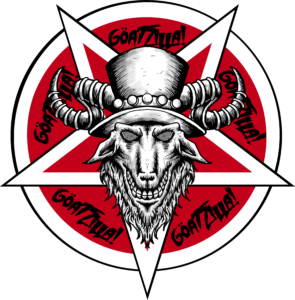 Goatzilla formed in 2015 and are from Gold Coast, Queensland, Australia.  They released their debut album Muthafukasaurus in late 2018.(I kid you not!)

It’s what I like to call Jukebox-Metal, Born-To-Be-Wild Boogie…  Check this out… It’s corny, it’s croaky, it rocks  but it’s still probably the best song you’ll hear today if you like your music old-school and unpretentious but brand new.

This is our backstory to AC/DC’s “Jailbreak” off their Dirty Deeds album (their Aussie release – it got left off the international pressing for some reason). Bon Scott was an awesome storyteller and we decided to have this song explore what happened to his mate facing “16 years in hell”. In keeping with its origins we keep this track as a raw, in-your-face headbanger. We hope you enjoy it!

I know, I know, this not my usual kinda jam – but it just grabbed me.  It’s fun – remember that?  It’s dumb.  It’s rock and/or roll.  And Goatzilla is just the biggest, fattest, dumbest rockin metal band name ever! It shows they had a sense of humour and fun about what they do.  They take the music seriously, but not themselves.

And the best thing about them?  They are ten times better than black midi, Squidy, Black Country New Road and all the hipster bollocks that is being thrust our way by writers who should perhaps know better!

When LTW opened up the subscribers-only Facebook page recently it was interesting to see what music people actually liked.  It was great to see that bands like Terrorvision got mentioned. Not particularly cool’n’hip in 2021, but I remember when they first appeared and My House blew me away! They were decent.

Goatzilla Rock!  I genuinely hope that one day soon they get to tour the world, including the UK…. because I know there is an audience here for no-bullshit rock and roll.

Choice of places to buy/hear Nightmare

All words Ged Babey – except press release content in italics.