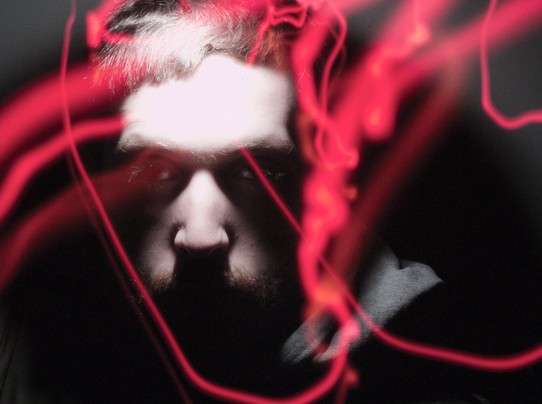 It’s been a great year for stark, noisy, post-industrial producer John Cohen, aka Dead Fader; mainly centred around the release of his magnificent, spine tingling dual albums Blood Forest and Scorched, released on Robot Elephant Records and Small But Hard back in April. But our support of Dead Fader goes a long way back before then, all the way to 2012 in fact, when we reviewed his “Work It No” EP, so when he offered us the opportunity to premiere his new video we obviously jumped at the opportunity. Check it out below.

The video is for Dusk, a track off Scorched. Made by Theresa Baumgartner and Zoya Bassi, the video is excellent, a proper visual treat to accompany the aural one of Dead Fader’s music. It’s full of warped, wispy, out of focus kaleidoscopic effects which marry with the blasted, dystopian, futuristic sound of his music perfectly. The track begins relatively starkly but with a sense of tension in the air, only to morph into something more recognisable to what we’ve come to expect from Dead Fader and which (to quote us) can be described as …

“…murderous, dystopian beats heavy with distortion and deep with sonorous, pumping, foreboding chaos. It’s brimming with tension and is guaranteed to get your pulse racing.”

Should you ever get the chance to see Dead Fader live I encourage you to do so – I saw him a few months ago in a crypt in the centre of Bristol and was blown away. It’s a totally engrossing, hypnotic experience which left me lost for words. Bodies were circled around him, all lost in the experience and all thoroughly blown away by it.