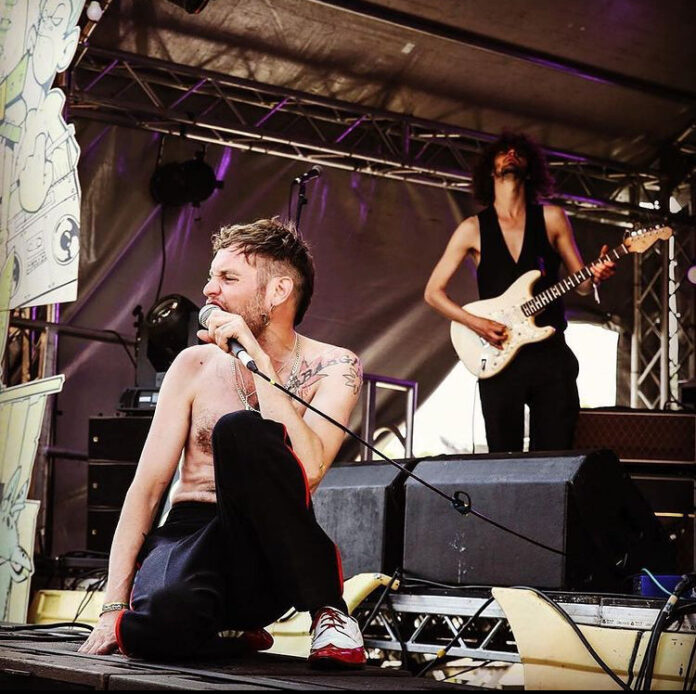 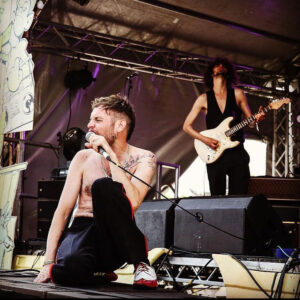 We are delighted to premiere the new single from London based Bad Fractals, released digitally today and available via Bandcamp the music is a hedonistic mix of acid punk, the swagger of malevolent music hall, and trailer Trash distorted blues. The track weaves its way from juddering burnt sturm und drang that reminded me of perhaps Inca Babies into an atmospheric breakdown ahead of a collapsing onslaught of gleefully angular darkly twisted pop. The accompanying video is a suitably eye-popping kaleidoscopic delight that deconstructs masculinity in a mescaline soaked barn dance!

Disco Devils’ was initially composed by band members Bang Crosby and Astral Oz in the toilet of a squatted mental hospital. The initial idea was to channel the seam of sleaze that runs through the music industry and mock it into non-existence, but soon it spread to all facets of male manipulation of women. Specifically, it focuses on men who promise the world until they have their way.

The video focuses on the weaknesses of such men, mocking their inadequacies as Bang has a full-blown mental break down, before resuming his role and an increasingly desperate womaniser. It doesn’t end well!

The band have confirmed that they have completed recording their as yet untitled debut album, and it is currently being mixed by legendary Killing Joke member Youth who’s production credits include Kate Bush, Paul McCartney, The Orb, Pink Floyd amongst many others.