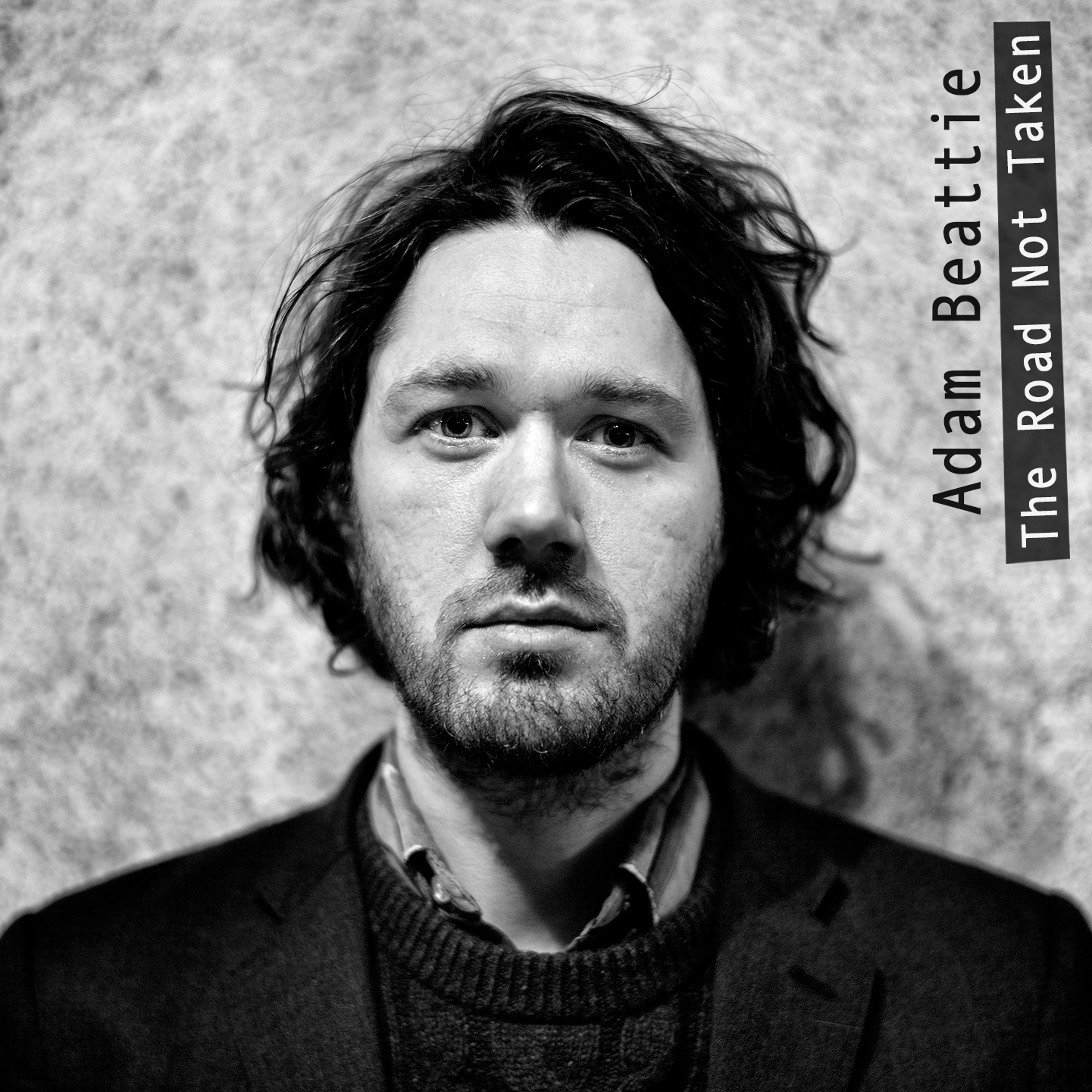 ‘The Man I’ve Become’  is taken from THE ROAD NOT TAKEN – the new album release from Adam Beattie. Masterful songwriting with influences of jazz and blues create a cinematic feel to this fine collection of nine self-composed tracks and a co-write with Mairearad Green.

Co-produced by highly respected jazz musician Fred Thomas, the album was mostly recorded at his studio. Thomas studied piano and composition at the Royal Academy of Music and is one of London’s most sought after multi-instrumentalists and composer/arranger/producers. He has worked with artists such as Lisa Knapp, Basquiat Strings and the CBSO.

The Scottish singer songwriter’s “folk stews and dirty blues” mixes Celtic folk, American blues, country and early jazz balladry. Emotional but laced with wry humour, gentle but gutsy at the core, Adam’s beautiful melodies combine with inventive lyrics to tackle themes of life, love, death and hope. His exquisite voice and intricate guitar work fuse to create an intoxicating musical experience that will envelop you like a warm hug.

His live show that has earned him support slots with the likes of Bert Jansch and Jolie Holland. His band ‘The Consultants’ is a fluid line up of musicians featuring piano, violin, double bass, French horn and drums. He is often joined by long-term collaborator and singer-songwriter Brooke Sharkey. As well as extensive touring in the UK, Adam has toured in Germany, Ukraine, France, Italy, Cyprus, Holland and Belgium.

He is also on Facebook and tweets as @MrAdam Beattie