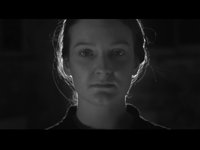 Take a look at the new video by Hartheim for their track Welcome to Hartheim.

An atmospheric anthemic pop track with great foreboding Welcome to Hartheim is sinister and dark but reveals little about the band who’s debut, Yellow, was released earlier this year.

The band and track are named after the Hartheim Euthanasia Centre, a Nazi death centre in Austria where more than 30,000 people were killed during WW2. With this reference the Manchester five-piece have set the scene for their doomcore, confrontational and stark melodies.

Recorded at SWAYS records with producer Martin Hurley (PINS, Great Waves) the video gives an interpretation of the track’s tale of a mother losing her son to the death doctors of Hartheim Castle, using light and dark to juxtapose the deep love of the relationship with the atrocity and bring it home to the listener on a very personal level.

Hartheim – Welcome To Hartheim from Hartheim on Vimeo.

You can find Hartheim on Soundcloud and Tumblr.

All words by Sarah Lay. You can read more from Sarah on Louder Than War here or find her on Twitter.