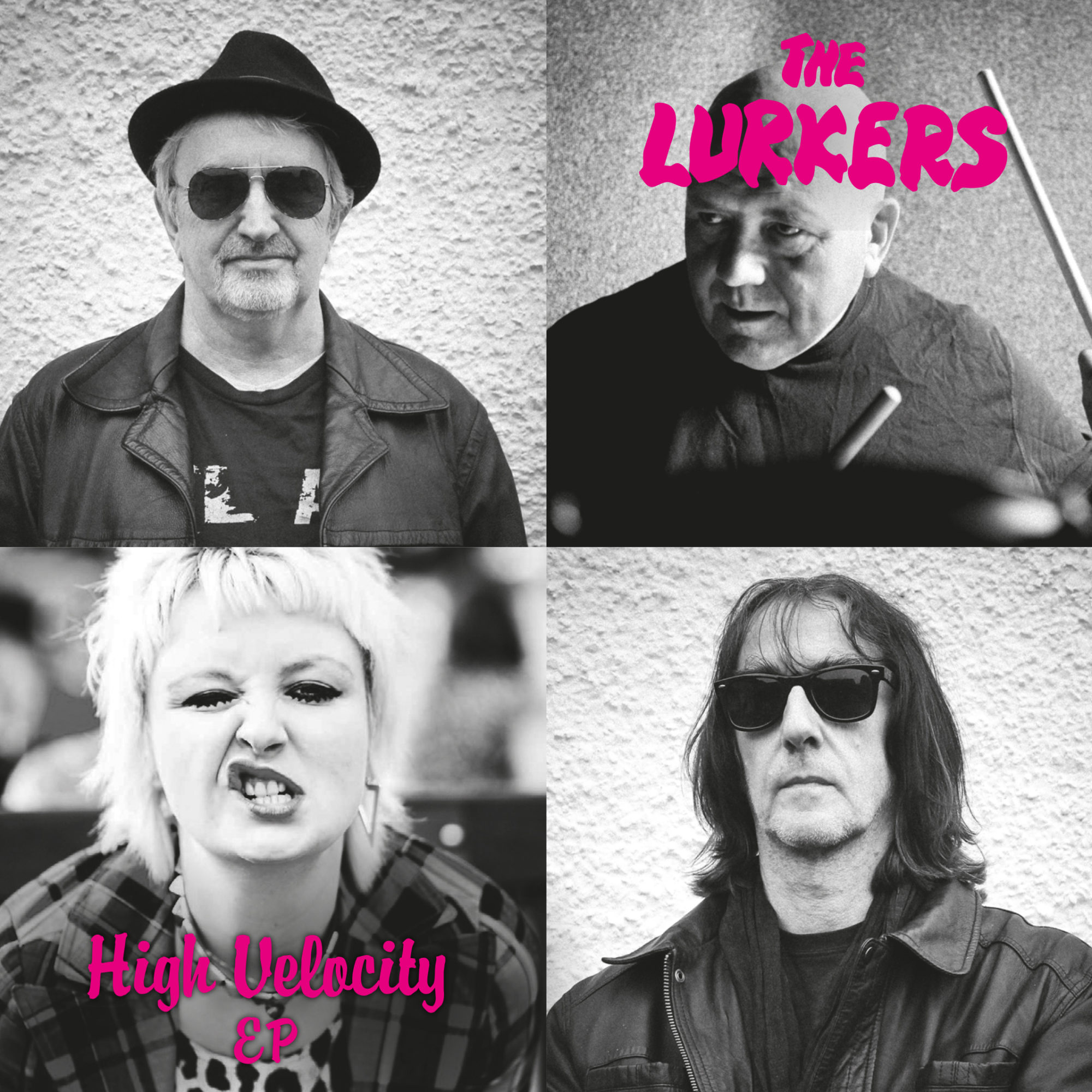 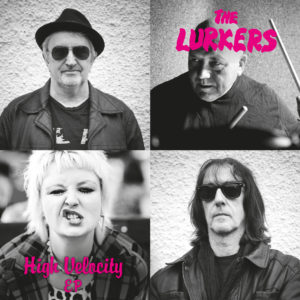 As previewed a few weeks back  The Lurkers brand new  7″ Pink Vinyl single is out now on Human Punk / Damaged Goods  and here, exclusively is the video to the title track.

This is three of the Classic Line-Up of The Lurkers – Pete Stride, Manic Esso, Nigel Moore -who have been using the name God’s Lonely Men , GLM and the Lurkers GLM  up until now.  Guest vocalist on High Velocity is Danie Cox from the band the Featherz.

The band told me:

Working with Danie was a real pleasure and we think that her great performance on the song and in the video has really helped us to take things up a notch or two. We will be collaborating with her again in the near future. Also we really must thank our longtime video maker Eddieredblood who once again has “delivered the goods” !

I was thrilled when asked to sing on the Legendary Lurkers new single. My pals Nigel, Stride and Esso are my Tin Man, Scarecrow and Lion and I am taken to another place whenever I am with them. To me, they’re real punk. They’re not posers, they’re just weirdo loners like me as well as brilliant song writers and musicians.

We had such a laugh filming the new video. Stride had these ultra cool strobe lights that he rigged up in a dark room and he just kinda filmed me with this ancient camera whilst Nigel pressed play on a CD plugged into huge monitors. I love how DIY The Lurkers are. No messing about at all. They got a view and a vision and with utter conviction they make such awesome things happen. I think the video is so cool! It looks so authentically Seventies… I look like I’m in 1977 and that’s where I wanna be!

And Danie looks fab, like a punk rock version of Lulu or Adrienne Posta.  As I said before, it’s a barnstormer of a song.  It has the Lurkers vibe straight away -high-energy, straight-forward punk rock and roll.  Danie has a likeable Honey Bane meets Beki Bondage singing style and is perfect on the song – echo-ing as it does the I-I-I-I-I from ‘I Don’t Need To Tell Her’ and the guitar zig-zag from ‘Countdown’.  It’s a nice piece of ramalama ding-dong punk pop – just like they used to make.

The Pete, Nige & Esso line up of the Lurkers have no plans to gig currently…

Whereas Arturo Bassick and his Lurkers are permanently on tour. He put a statement on his bands Facebook recently  following a flurry of postings about the two bands operating using the same name, to clarify any confusion.