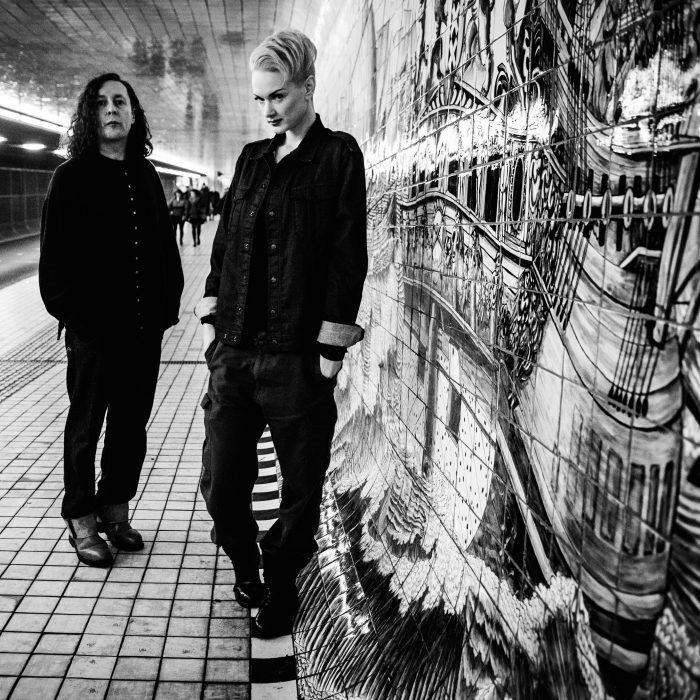 We are delighted to present the exclusive premiere of the new lyric video of Miles Hunt and Erica Nockalls’ single, We Came Here To Work.

The title track of their recent album, the lyrics examine the age-old issue of immigration from a 21st Century standpoint. Taking straightforward words, such “work”, “try”, “freedom” and “sadness” which are steeped in complex human associations and emotions, Miles Hunt adopts a narrative voice that represents all migrants. We feel a parent’s desperate yearning to put “meat” on poorly-nourished children’s bones and escape poorly-nourished societies through Miles Hunt’s latently-furious vocals, the sparse strum of his guitar and Erica Nockalls’ plaintive electric violin.

Miles says, “With the video for the song, George Taylor and I have tried to illustrate that immigration is nothing new,” weaving film footage from the Windrush era with that of modern-day migrants risking lives in overcrowded crafts in order to seek what genuinely feels like a worthwhile existence. The spoilers ought to be minimal here, but be prepared to hug your loved ones after you’ve watched the video, and get your TARDIS ready so you can hop back in time and give the author of the sign at one minute thirteen your finest ‘hairdryer treatment’. How times have changed. Or have they? 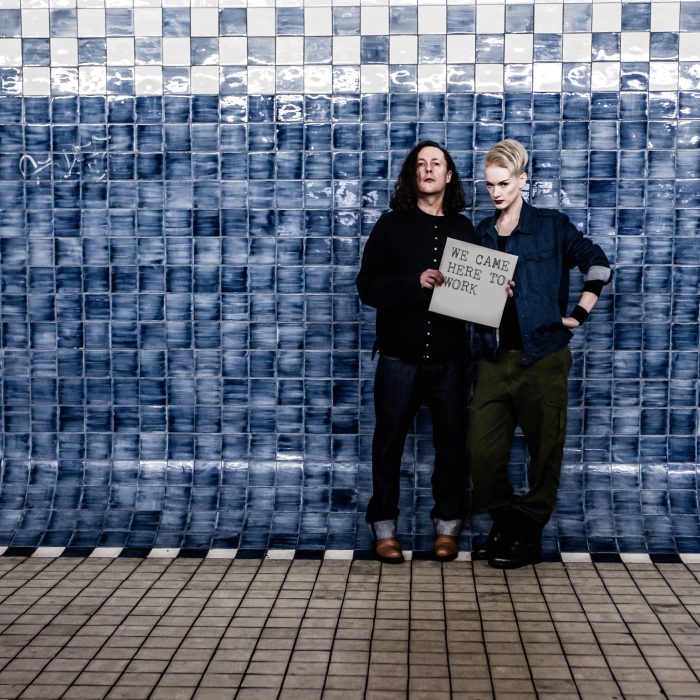 “I wrote the song earlier this year having become sick and tired of hearing the UK right wing constantly suggest that all would be well and good in this country if only we got rid of immigrants. When any damn fool knows that the society we are lucky enough to live in here in the UK is as rich (not meaning financially) and wonderful as it is precisely because of hundreds of years of immigration. I also believe that one of the bravest things a person could do is up sticks from their country of origin in search of a better, safer existence.”

If you’ve only known Miles Hunt through the barnstorming indie folk of The Wonder Stuff, Miles and Erica’s more stripped-back, contemplative compositions as a duo provide an equally substantial, but less tumultuous contrast. They conclude their recent tour on Sunday at The Cluny in Newcastle.

And if you haven’t done so already, get your tickets for the Wonder Stuff’s double-header shows in March and April with Ned’s Atomic Dustbin, entitled Love From Stourbridge, which also includes a guest DJ set from Graham Crabb of PWEI.

Miles and Erica can be found online here. They are also on Facebook.

The album We Came Here To Work is out now on Good Deeds Records.