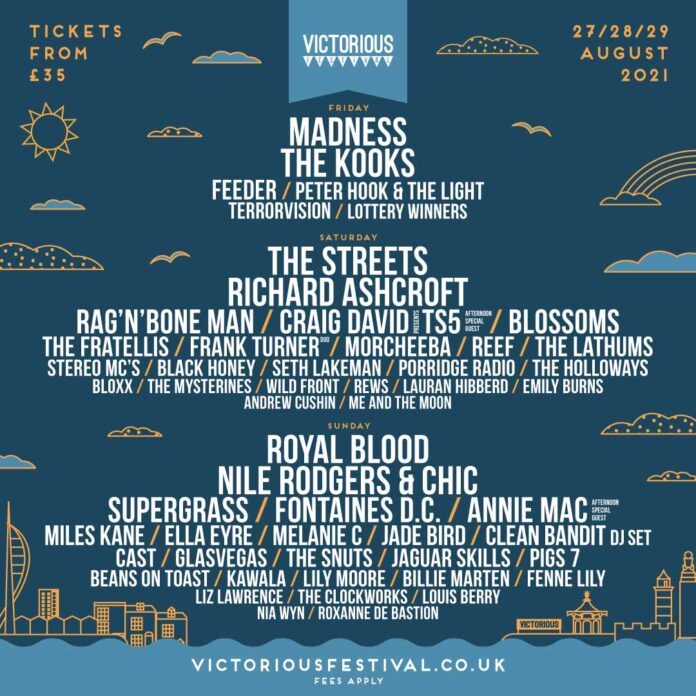 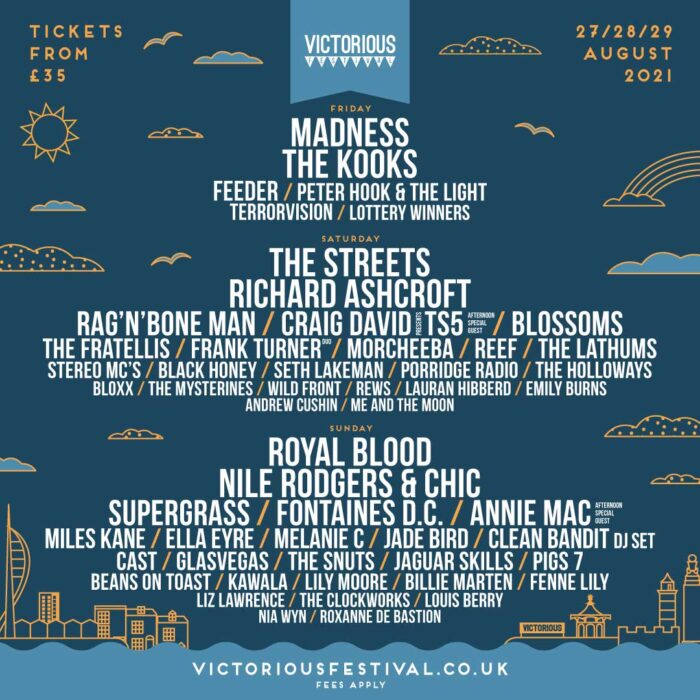 A few weeks ago, Victorious Festival (27th-29th August) announced 95% of its artists for 2021. Much of it mirrored that of the cancelled event from 2020. No complaint there – it was, and remains a great line-up. One notable absentee from the 2020 list however was Nile Rodgers and Chic. Sad Face Emoji.

There was one major headline spot left to be occupied though, and today Victorious has announced it’s to be filled by… Nile Rodgers and Chic. There’s a lot to be said for consistency. Smiling Face Emoji.

Rodgers has written, produced, and performed on albums that have sold over 500 million units worldwide including classics such as Good Times, Everybody Dance and Le Freak. What better way to shake off those pandemic blues than by getting down with some of those legendary tunes? Sunday night, Castle Stage at Victorious 2021 is the time and place to do it.

There are other announcements too for this festival occurring at the tail end of the season – a festival, which, as others fall again to Covid restrictions, is fully expected to go ahead. Punk-folk singer-songwriter Frank Turner appears on Saturday, while Lancashire’s Lottery Winners bring their indie pop to Victorious on Friday. Jade Bird is another fine addition to the line-up; Rolling Stone called her work ‘a young Londoner’s spin on modern Americana’ – and she also received a nomination in 2020 for NME awards Best New Act In The World.

Victorious has also announced DJ Annie Mac will take the afternoon slot on Sunday, temporarily transforming Southsea Common into Ibiza, only without having to quarantine on return. One more addition to Sunday is MOBO award winner Ella Eyre, whose vocals have featured on a host of hits including Waiting All Night, her BRIT award winning collaboration with Rudimental. Finally Clean Bandit will appear on the Seaside stage with a DJ set featuring vocals from lead singer, Grace Chatto.

This second tranche of acts adds to an existing strong line-up that includes Royal Blood, The Streets and Richard Ashcroft among many others and Victorious is set to be one of the biggest and best festival experiences of the year.

Words by Simon Reed. His website Musical Pictures is here.