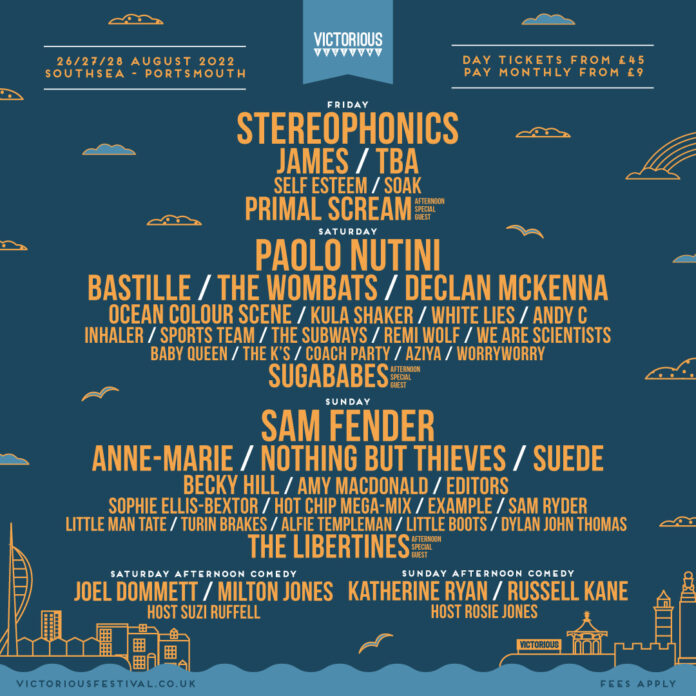 Victorious, the UK’s biggest metropolitan festival and firm Louder Than War favourite has today announced its second wave of artists for this year’s event – including headline artists for both Saturday and Sunday.

Headlining Saturday night will be Scottish singer-songwriter Paolo Nutini. Nutini has released three studio albums, all to critical acclaim, all certified platinum. Having been on unofficial hiatus for a number of years, his return is sure to be greeted with great enthusiasm.

Another prodigious talent in the form of Sam Fender will close Victorious on Sunday. Fender’s career rise has been meteoric since Hypersonic Missiles landed in 2019. He enjoys a huge fan following and the Southsea Common stage is sure to be rammed for his performance.

Nutini and Fender will join Stereophonics, already slated to headline on Friday.

Some other formidable names have been added to the Victorious line up too.

Primal Scream will perform as special guests on Friday afternoon, whilst The Libertines will take the special guest spot on Sunday. Bobby Gillespie, Carl Barât and Pete Doherty will be sure to bring hit after hit to the Victorious stages.

For anyone looking for a little less rawk, some classic, infectious pop will be on offer on Sunday from multi-talented singer and coach on The Voice, Anne-Marie. Meanwhile on Saturday, Bastille will bring their back catalogue for what promises to be one of the performances of the weekend.

If you’re in need of a break from the music, you should head to the Fringe Fields comedy tent, where Victorious 2022 will host some top comic performances from Rosie Jones, Suzi Ruffell, Russell Kane, Milton Jones and Katherine Ryan among others.

Victorious takes place on 26/27/28 August 2022. Tickets are on sale now at the Victorious Festival website from £45 per day (fees apply). 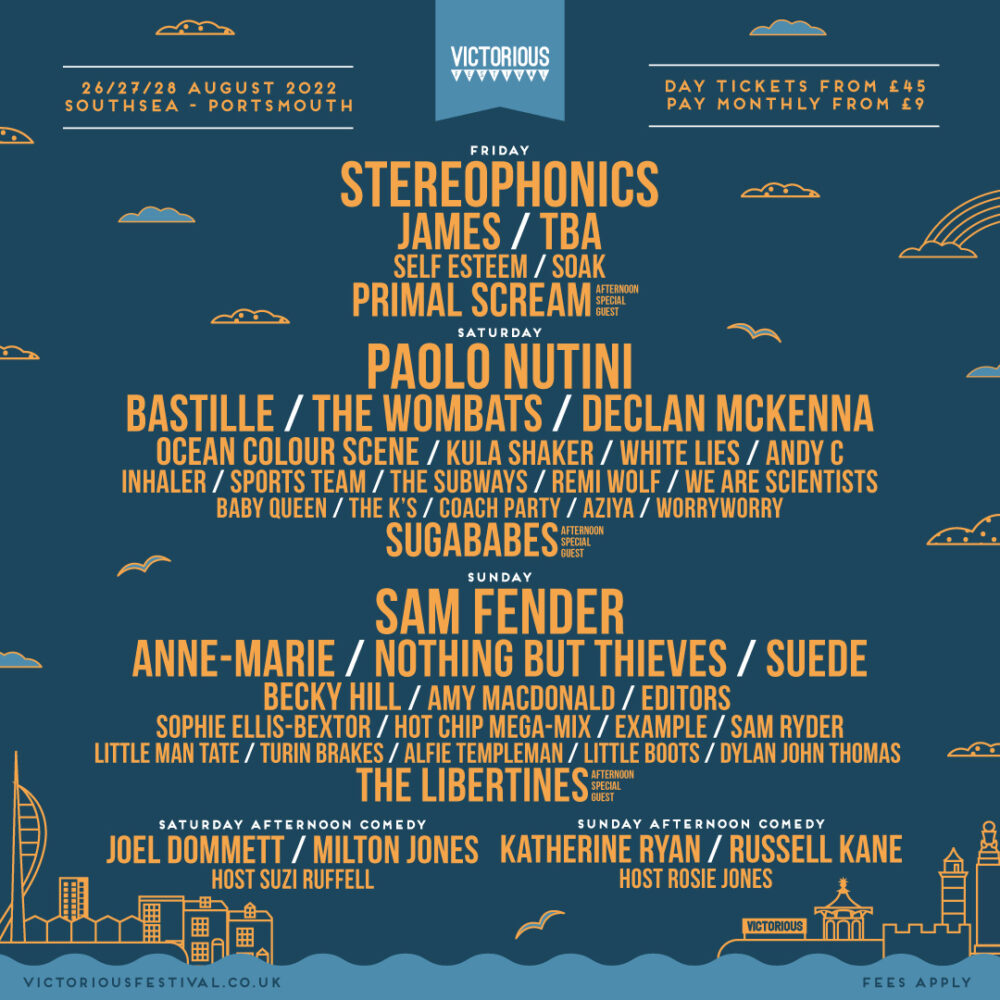 Words by Simon Reed. His website Musical Pictures is here and you can visit his author profile for Louder Than War here. He tweets as @musicalpix