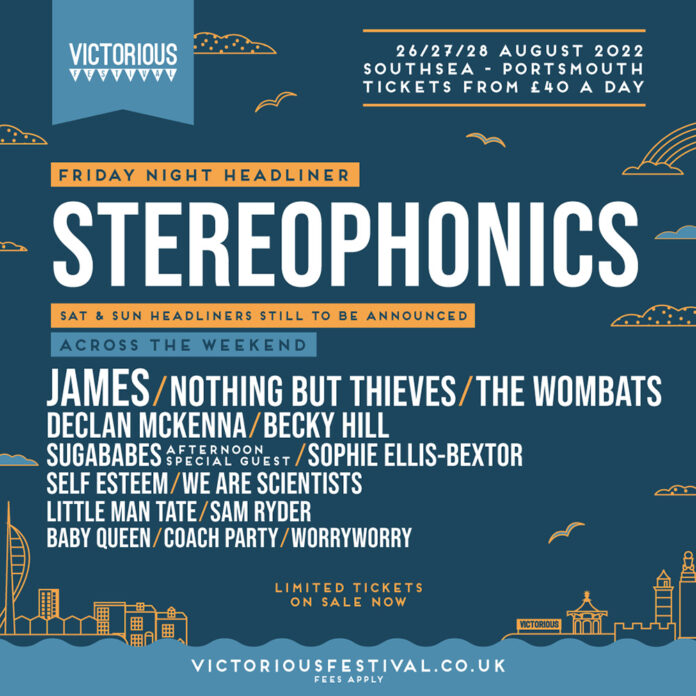 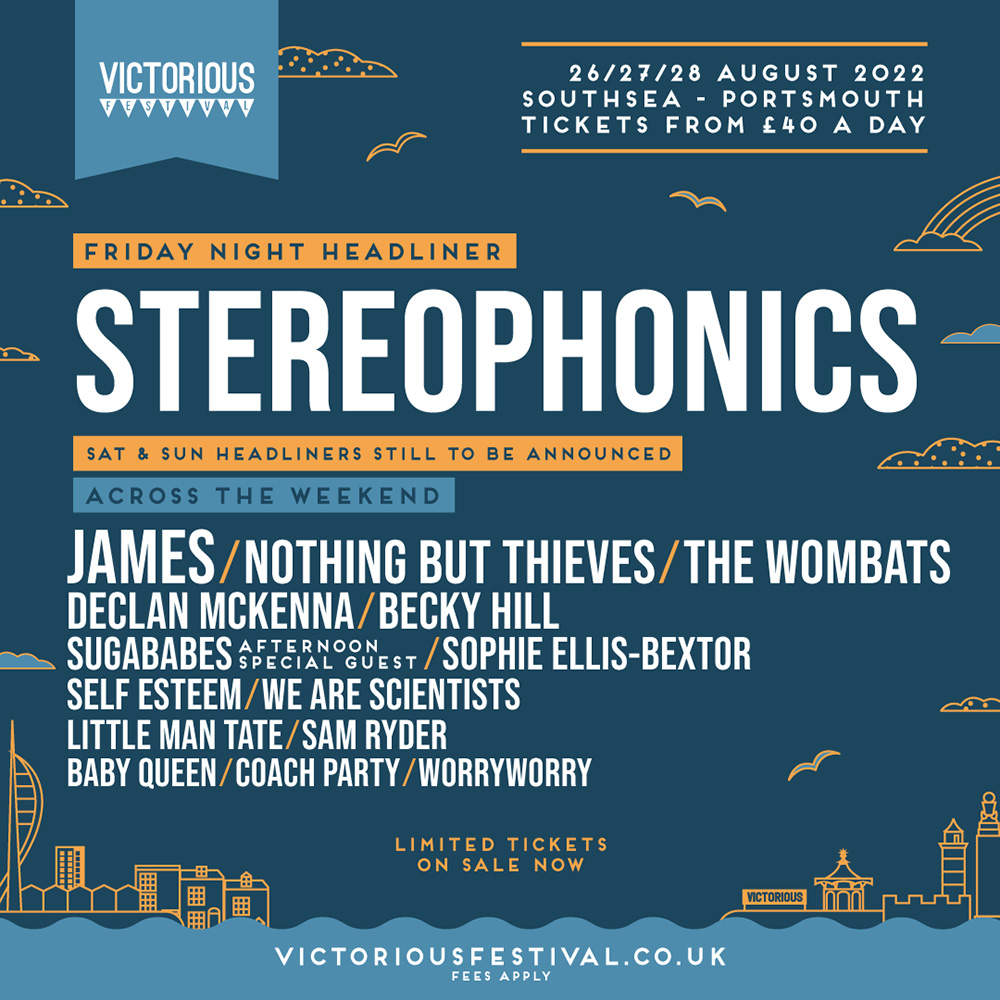 The weather isn’t great, the Government is, well, the Government and Covid seems unwilling to release its grip this winter. I think right now we’re all entitled to have something to look forward to.

It’s a good job then that around this time of year we can at least enjoy the drip feed of artist announcements for next year’s summer festival season.

And in that spirit, Southsea’s Victorious, which has the distinction of being the UK’s biggest metropolitan festival, has today announced its first tranche of acts for 2022.

Friday evening/night at Victorious is always a special affair. With just the main stage open and a more intimate feel in one arena, the festival invariably hosts artists that add a whiff of nostalgia to the sea air.

As the late-night ferries chug their way to Le Havre, Stereophonics will be headlining the Southsea Common stage. Kelly Jones and the boys mark an impressive quarter century together in 2022 and will release their twelfth studio album, Oochya! In the spring. A party atmosphere of singalong classics is guaranteed.

Continuing the nostalgic feel on Friday will be Mancunian legends James. Coming into their fifth decade and renowned as one of the best live bands around, James are sure to have the crowd jumping around.

On Saturday, another indie pop/rock band set to have the audience parting with the terra firma are The Wombats. Also on Saturday, Sugababes will bring their chart-topping RnB/pop tunes to one of the afternoon slots.

Sunday will see the very excellent Nothing But Thieves rattle a few windows, whilst nu-disco queen Sophie Ellis-Bextor is likely to commit multiple murders on the dance floor.

Speaking about next year’s festival Andy Marsh, festival director, said: ‘‘It’s nice to get excited about Victorious this side of Christmas. We’ve revealed here a little taste of what to expect next year with some massive acts confirmed but there’s so much still to come. 2022 is going to be a vintage year for Victorious. Watch this space!”

Victorious takes place on 26/27/28 August 2022. Early bird tickets are on sale now at the Victorious Festival website from just £40 per day (fees apply).

All words by Simon Reed. His website Musical Pictures is here and you can visit his author profile for Louder Than War here. He tweets as @musicalpix