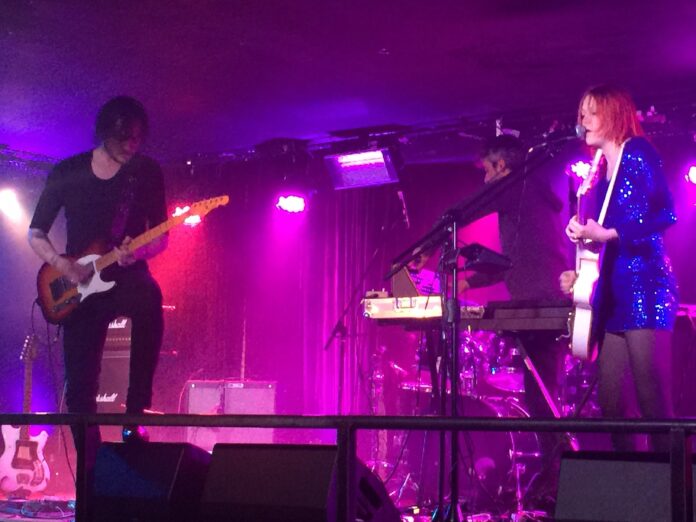 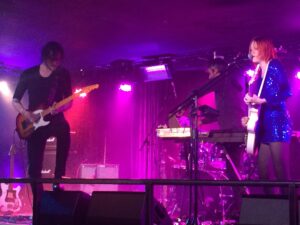 Victoria and Jean play a fierce, visceral, blues howl that is two guitars and a dude proving the huge backbeat on electronics. Victoria is the kind of goddess that will own indie rock in one year- her voice is full of pain and beauty and she plays a Gretsch White Falcon tearing out throbbing stripped down, punk blues howl riffs with a machine gun ease and is a blur of red hair and blue sequins, to her left stands Jean slashing twanging, howling wolf guitar with a lanky swagger.

They may be playing an empty bar but totally own it and the surrounding area. Some bands you can see on the big stage already – Victoria and Jean have the songs, the style and sass to pull this off.

Their songs drip switchblade intent and the kind of reinvention of the blues wheel that White Stripes once promised a long time ago. Not that they sound like the Detroit duo. There is a raw grind but an inherent control that makes them all the more powerful- the two guitar interplay is perfectly worked out and the whole sound has managed that rarest of things – a total originally in an over crowded genre.

Victoria and Jean will be massive . If not I will eat my hat. If I ever wear one.