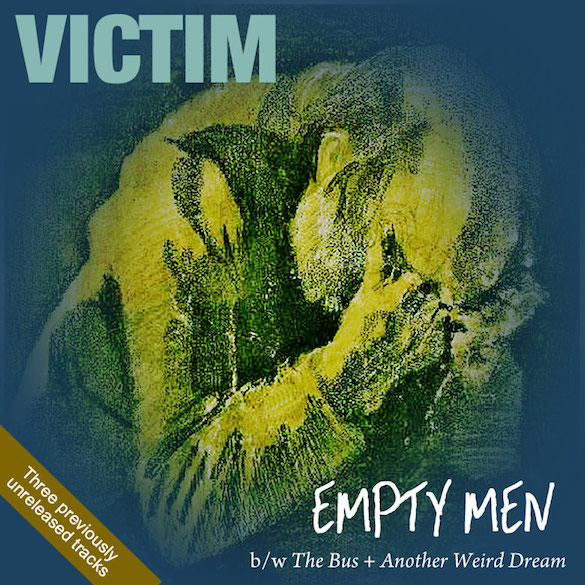 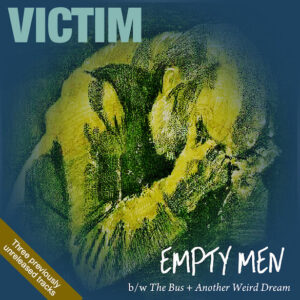 Born in Belfast, based in Manchester, 70s punks Victim reissue their early demos on a 7″. Louder Than War’s Amy Britton reviews.

The decision of bands to release early demos, many years into an established career, can be a bit of a curates egg – sometimes an important part of their own history that’s not really necessary for anybody else to hear, but sometimes a vital and exciting listen in their own right;as well as an intriguing ear into a bands early flowering. In the case of Victim, their decision to put forward a limited edition vinyl of their early demos on Spit Records (a venture founded by Sean O’Neill, author of the definitive book on punk in Northern Ireland, It Makes You Want To Spit) has most definitely proved to be the latter.

The three early tracks put out on this vinyl are raw, but also so instant and vial that they sound like a band fully formed, not finding their feet. Lead track “Empty Men” rips into a blast of searing punk energy, still infused with the suggestion of melody that would go on to very much define Victim as a band.  With a smattering of subtly traditional Irish sound cutting through the spiky punk, Empty Men is a relatable tale about (according to Spit Records) “those people we all know who bullshit about everything and know nothing!), before moving onto the equally visceral piece of real-life storytelling “The Bus.”

This release has been validated even further by Victims musically successful recent comeback, showing a band who had matured and developed a darker and moodier sound than the power-pop of “Strange Thing By Night” and “Why are Fire Engines Red?” that they are best  known for. Its one thing to return to your past for material to fill some spaces when your own ideas have run out; but another to still be showing a capacity for creative output and acknowledging your past at the same time; which enables the listener to hear the full scope of your career.

Something worth noting in Victims biography when listening to these demos is that they are a Belfast punk band who relocated to Manchester in 1979, and both cities find a way of leaving their mark on these early recordings. Much of the Belfast punk scene (particularly that associated with the Good Vibrations label, which issued some of Victims most successful singles) is defined by pop sensibility, a warmth and melody, almost political in its refusal to be political as the city was ripped apart by the Troubles, whereas the emerging Manchester scene was intellectual, and uncompromising in its sound.  These records fall into both these categories – some key Manchester music  history even unfolds as the unmistakable rhythmic drumming sound of Mike Joyce in  his pre-Smiths career, back then a member of Victim, is stamped all over the closer “Another Weird Dream” which does actually tackle the Troubles in Ireland. It was the only time Victim did this and its enough – this concise and powerful track really does say it all.

But, in spite of this, Victim was back them and always very much will be driven and defined by two people, frontman Joe Moody and bass player Wes Graham. The two consistent members of the band, they are master craftsmen at carving out impeccable pieces of punk. And, is “Empty Men/The Bus/Another Weird Dream ,” is anything to go by, they always were…

This 7″ vinyl is STRICTLY LIMITED to just 300 hand numbered copies, so don’t hang about! Buy here.

All words by Amy Briton. More from Amy can be found at her Louder Than War author archive.