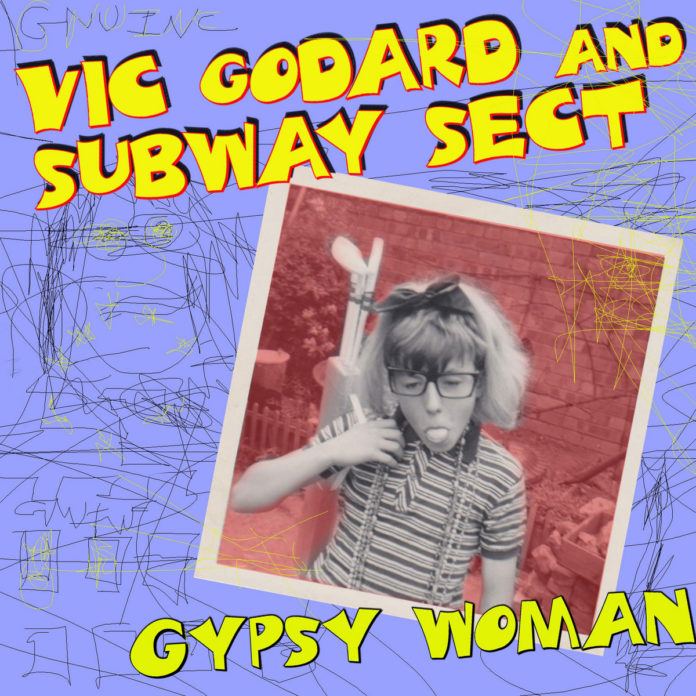 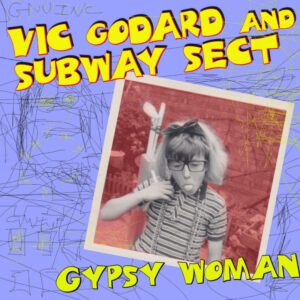 Prior to the release of a forthcoming Mick Jones produced new album, Vic Godard and Subway Sect exclusively share a special cover version of a nineties dance anthem. ‘Gypsy Woman’, produced and recorded by the band it’s a unique homage to Crystal Waters’ 1991 classic pop hit.   Ged Babey is bamboozled by it and rings Godard, just so he can say ‘Is Vic There?’

I’ve always followed Subway Sect – in its various line-ups and phases -and completely agree with Marc Rileys assertion that Vic is in the running for ‘the greatest living Englishman”…  but I have never been a big listener to House Music, unlike Godard.

This release came as a bit of a surprise.  You couldn’t escape the bleedin’ song in 1991 and I would have been quite happy if I’d never heard it again. But if Vic chooses to sing a song (in prison or elsewhere) it must have some merit.  Here are my thoughts after a few plays.

On first listen:  Bloody hell, that is terrible! He’s a bit off-key… I hate that song.

Second Listen: Ha! Ha-ha-ha-ha! Imagine if this came on in a club. The tune is a banger but the vocal is ‘idiosyncratic’ to say the least.  What would the ravers do?  Walk out? Scratch their heads? Dance on, shouting ‘Sing it grand-dad!’ Ha-ha-ha!

Third Listen:  It’s fucking brilliant – so what if the vocal is wonky, it’s Vic , he’s a legend and he can do what he likes.  It is such a bloody insistent ‘ear worm’ of a tune and Vic gives it a kind of pathos and wayward avuncular authority.  Up there with The Fall doing Lost In Music almost. I love it.

I contacted Vic to ask how he would respond to the vile/evil accusation that he is a bit off-key vocal-wise?

I would blame our MD Chris Bostock (bass/keyboard player) as he’s supposed to check those things.  On this occasion John Britton may have argued it didn’t matter as he sometimes does.   I just try to get all three of them to say ‘yes’ before we proceed.  On the vocal I just tried to copy Crystal Waters and nearly got it right ,which is good enough for me.

The backing track on our version is a lot more human than hers, so it would be great at some point to put her vocal over the Sect music.  It would also be great if we could record our own house track- I’ve got a few from the 90’s I need to get them {the band} to learn if we all survive this.

I suggested that if he releases a full House album he avoid using the Subway Sect name perhaps.  After some discussion we came up with the perfect name for the project:-

(*needs to be pronounced in a Scots accent. Idea nicked from a Scottish pal online)