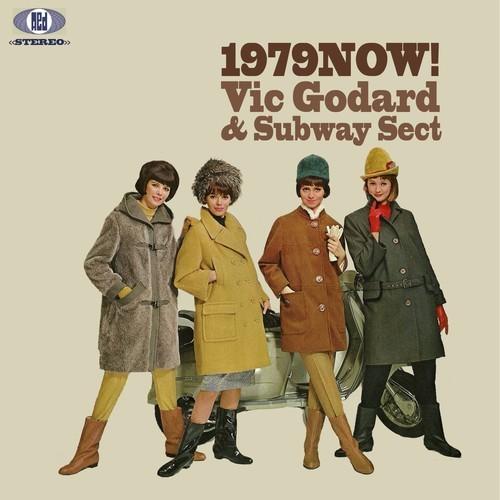 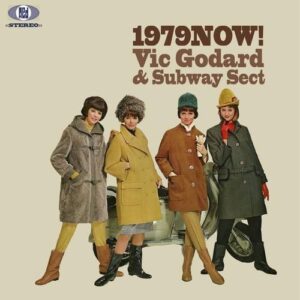 Vic and the Sect finally get round to recording their stash of Northern Soul stompers with Edwyn Collins at the controls. Glenn Airey feels the urge to get out on the floor.

You can be pretty confident about buying an album of hand-picked Vic Godard songs specially recorded by Edwyn Collins. When those songs have been consciously written and arranged in a style as widely loved and reliably joyous as Northern Soul, your purchase starts to appear increasingly blue-chip: guaranteed to please. But just in case there are any lingering doubts, have a look at that sleeve. Andrew Paul Shaw’s elegant cover design sends the classometer swinging off its hinges. The sleeve of my vinyl copy is destined for a 12″ frame on the landing, hopefully fooling visitors into the belief that their host is a man of infinite and effortless good taste.

Thankfully, delving inside the beautiful packaging, the music itself manages to live up to the promise. Vic fans will be familiar with other versions of a few tracks here but it’s fair to say that the thematic unity of 1979 Now! (including that lovely artwork) affords them the ideal context and coherence to be considered the definitive readings. The real treats come in the form of ‘new’ songs that have in fact lain practically dormant for thirty-five years or so. The great man’s restless musical career is dotted with attempts to take stock, and to catch up on missed opportunities or attend to unfinished business. Thus, 1979 Now! follows in the footsteps of its terrific 2007 twin, 1978 Now! The non-mathematicians among us might get confused by the chronology at this point but as long as Vic and the Sect keep coming up with the good stuff eventually, who’s counting?

Vic’s interest in Northern Soul dates back to the late 1970s when, inspired by a bunch of borrowed import singles, he set about writing his own new songs with that euphoric, pounding dance rhythm in mind. Great black music tends to get rather distorted in the hands of even its most enthusiastic white fans, not always to the benefit of either party. Vic, thankfully, like his old mate Edwyn, has always approached soul music with sensitivity and, while what emerges is unavoidably and unmistakably a post-punk take on the genre, it’s essence and spirit remain gloriously intact.

Improbably, the core of the Sect’s Northern Soul set was premiered live during a support slot with Siouxsie and the Banshees in 1980. Not as strange as it sounds, of course, given Vic’s tendency to concentrate on exploring new styles, sometimes at the expense of giving audiences what they might expect or even want. In attendance that night was Alan Horne, and a bootleg recording made by the Postcard Records main man went on to help cement links between Subway Sect and their young fans in Scotland. Vic’s illuminating sleeve notes expand on this and other tales.

The album was recorded intermittently at Edwyn’s place between 2012 and 2014 with original Subway Sect bassist, Paul Myers. Fittingly, since it was he who lent Vic that clutch of inspirational 45s way back when. The bass line is perhaps the defining pulse of Northern Soul, so it’s doubly appropriate that the man who unwittingly lit the fuse for this album should be so central to its fully-realised form. He’s joined by another Paul on half the tracks: ex-Pistol and long-time Vic collaborator Paul Cook. The core band is augmented here and there by guests whose specialisms do much to flesh out the super-cool concept of a Northern Soul album and turn it into a successful reality.

At under thirty minutes, 1979 Now! certainly doesn’t risk outstaying its welcome. It’s bookended by an intro and outro both of which, as Vic points out, owe much in their chord structure to early Sect classic Nobody’s Scared. The melody has been taken apart and put back together in a soul context. It’s a sign of the strength of these songs that they don’t just survive but thrive with backing tracks that, in the wrong hands, could veer a bit too close to pastiche. The band sound organic and totally on-it throughout. There isn’t a weak track. You may well be familiar with old favourite Holiday Hymn, rejuvenated here, and that’s representative of the quality across the collection. Happy Go Lucky Girl and You Bring Out the Demon in Me shone particularly brightly on my first few listens. In the parlance of the soul all-nighter, Vic and the Sect just keep on burnin’. So sprinkle a bit of talc on your kitchen floor and join in with the fun. It’s Subway Sect doing Northern Soul for crying out loud. Keep the faith.

All words by Glenn Airey. You can find more of Glenn’s writing on Louder Than War here, and follow him on Twitter @GlennAirey.