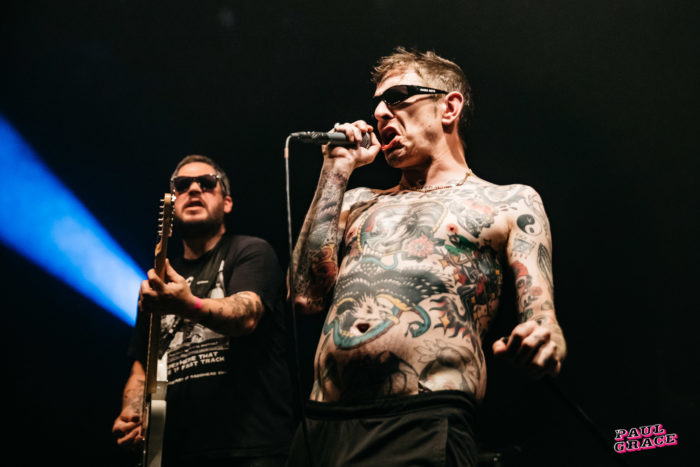 On the final night of this year’s Meltdown Festival, Viagra Boys, with their punk-funk zaniness, prove they were the perfect act to close the summer party.

An emotional Nile Rogers introduces the final night of this year’s Meltdown Festival, as he encourages us to go wild for Viagra Boys’ closing show. The Swedish boys are renowned for crazy antics and tonight is no exception as they kick off with 2016’s Research Chemicals and it’s mayhem from the start. During the 60-minute freak show, singer Sebastian Murphy is on top form writhing around the stage, talking gibberish, passing out under the drum riser and pulling the weirdest faces. Their influences are cited as Suicide, Dead Kennedys and Butthole Surfers, and references to the latter are particularly evident when, between tracks, Murphy’s ramblings are passed through an effects unit which saturates his voice with echo, delay and lots of other-worldly spookiness. 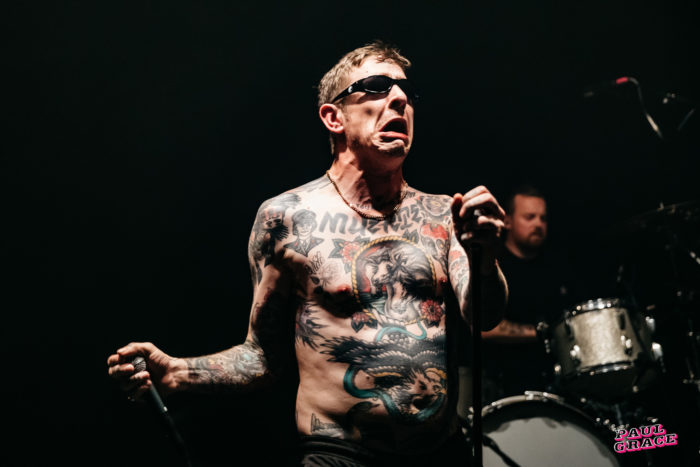 The sound is a relentless bass-heavy punk-funk fusion with Oskar Carls’ saxophone adding an extra dimension to the controlled but chaotic vibe, while the effervescent crowd lap it up and go bonkers throughout.  The highlight of the night goes to last year’s anthem Sports, during which massive inflatable soccer balls bounce around the hall.

It’s so refreshing to finally see a band rejecting the “safe” and pushing their creative boundaries. A truly explosive finale to the 2019 Meltdown season.

All words and photos by Paul Grace, for more of Paul’s writing and photos go to his archive. Paul is on Facebook, Twitter, Instagram and his websites are www.paulgrace-eventphotos.co.uk & www.pgrace.co.uk