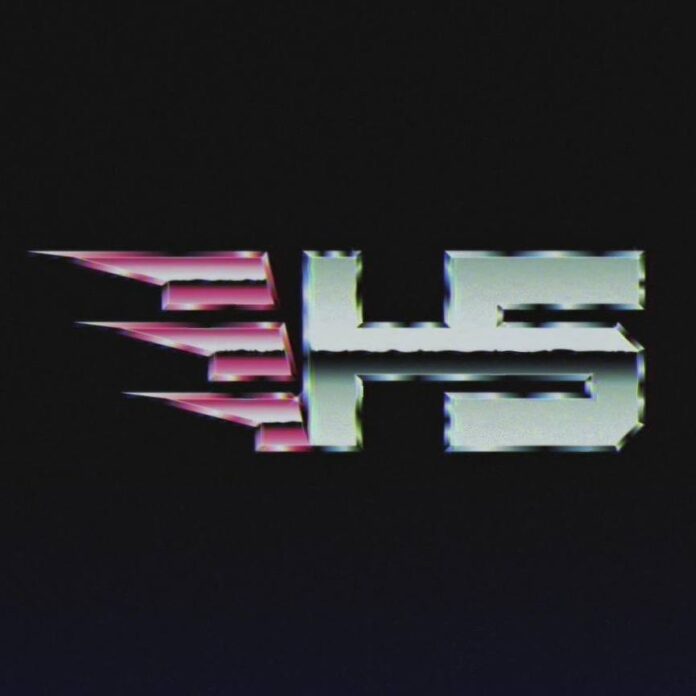 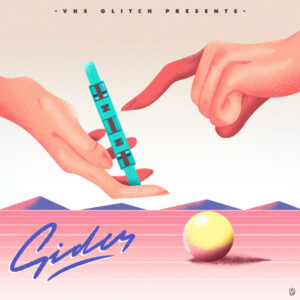 ”Sometimes you gotta relax and disconnect like back in the days. Like a hard disk format session but only keeping good memories from the past. That is “Sides”, a bridge in the middle of chaos’’. And so, it begins. In less than twenty minutes, a sense of optimism in what has come before us. A means of deflecting the dystopian cold that cracks us apart.

The bittersweet retrospective recorded for modern enjoyment as VHS Glitch releases their new 5 track album. One dedicated to the deep atmospheres, the slow tempos. But also, the fat basslines and the gated reverb of the thunderous drums. As we have come to expect, but not to the point we can no longer be surprised by an artist fixated on finding the right home for the right pixelated melody; the album is riddled with vintage synth noodling, adding a sense of intimacy, warmth, and fantasy about the whole thing and keeps each instrumental tight and lithe, cruising forward in a consistently strong procession. Like Soft Cell singing into the abyss in some bedsit at the igneous Nintendo core.

Sides starts the new release and encompasses the nostalgic overtones which supercharge the album into unashamedly 80’s shapes. A skipping, euphoric keyboard melody seems to sparkle from the doorstep as Fox and Mulder share a kiss under a shower of sizzling meteorites. A ribcage shaking bass radiates from a set of speakers as spaceships sails across the sky. Atmospheric whispers of noise, glisten and shimmer as zombies drink milkshakes whilst riding skateboards. Each curve and kink of warped retro-electro is resplendent and radiant, delicious, and elated.

Seaside Vibes really is all that and more. A guitar solo soaked to the bones in delay, with a subtle crunch of distortion and bouncy bass synth keeping things synchronized and alight. This is the part of the coming of age film where the kid rides his bike with the unknowing love of his life riding theirs next to him. They smile and smell the flowers and feel the everlasting sunshine shower them both in prismatic crystals. And it’s heavenly as hell. Very retro. Very modern. Very knowing of how to use a handful of tools and make them sharper upon each swipe of the switch and feel that pulse jump. Intricate and easily inspired by the simplicity of space and the little moments of synthetic closeness such a vision, by way of post-disco, can fill.

Short and sweet is also the general theme here. There’s plenty of synthpop athleticism via the solos and the atmospherics conjuring up a landscape of supermodels as sketched by Patrick Nagel after stomaching a weird pill. But the theatrics are kept to the bedroom between a young boy and his hairbrush.

Take Care, says all it should say, without speaking a single word. In the offbeat, enchanting chord changes, the brightly lit geometric twists and turns, and fantastical charm of the interconnected parts of each fizzling pop component oozing with cool and dressed in detail. The pace picks up with FMs. Succinct and snappy and over before it really began. But works all the better because of the desire to press replay. To want more pretty explosions of excited synths and flamboyant computer symphonies. An excellent and expressive experiment. A wail of synths like above a wall of bass and drums and reverberated handclaps. It’s all very vibrant, and lively, and elastic and wild. It moves quick with athletic melodicism and succeeds dazzling with each hypnotic drip of color and glimpse of crystalline shine. At first, it feels like you’re about to be sucked into the A-Ha video, but such a surreal fate is quickly saved by a shot of something more contemporary. With an airy cool and beam of light burning against the surrounding chromatic surfaces, which split apart and tesselate by the force of some foreign techno strobes and the rapid vapors of a 90’s rave, fuelled with juice and youth.

Parallels is a superb way to conclude the record. A similar stroke of color which furthers the heat and the finesse and the sad romance and the general physicality of it all. A database with heartache.

With VHS Glitch, there’s often one foot manning the machines according to how the 80s often designed the blueprints. Along with another foot firmly stood upon the present day to conceive of such lustrous entanglements of electronic work, and then a third foot, yes a third foot, unwinding into the future to reach those vibrant stars in that expansive darkness and harness every sci-fi inspired cosmological points of power. In less than 19 minutes. Nostalgia is so melancholic it’s almost euphoric. Nostalgia is so last year it’s too much, too soon.