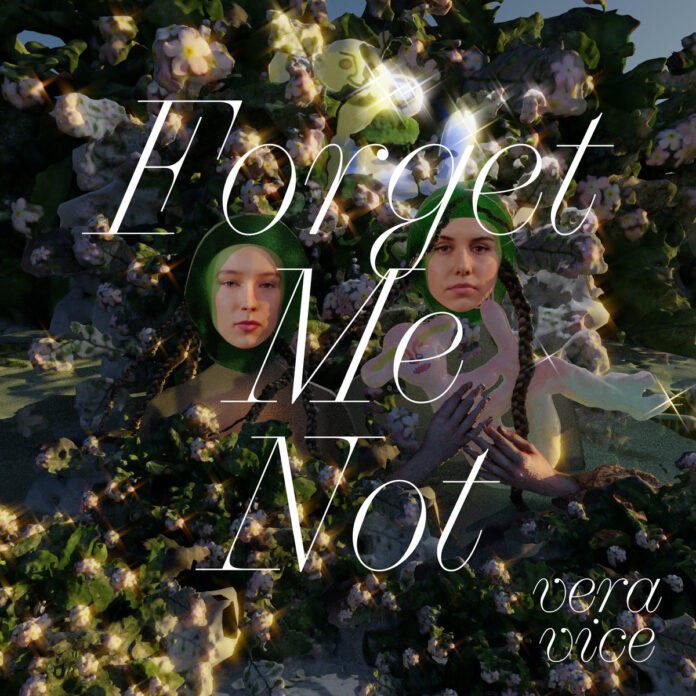 Vera Vice: Forget Me Not 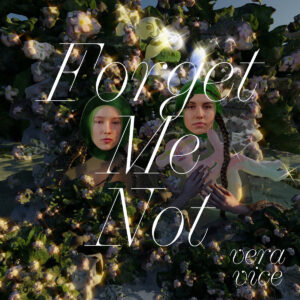 I saw Vera Vice play in the autumn of 2021, in what looked like a sauna reimagined as a speakeasy. The two women – Helen Västrik and Ave Vellesalu – moved only when they needed to, whilst piloting sounds emanating from a table stuffed full of electronic gadgetry. One track was announced as being “very slow and very long”. Quiet but fascinating, the huge glitter ball ticking above them and the strange elephant head sticking out of the timbered wall behind them only added to the duo’s core mystery. Then their equipment broke down and the gig stopped. This is how you make pop music.

Vera Vice’s debut LP is another lesson in seduction, also following on from last year’s brilliant low temperature single, ‘Eyes Closed’. On Forget Me Not, their luscious electronic pop music happens whilst our minds wait to receive their next signal; almost like a digital magic lantern show. The opening track ‘No One Around’ is a beguiling mix of urban pop found the world over and “a certain something” in the sound that makes it very Estonian: maybe it’s in the way atmospheric arrangements and electronic washes suggest mood and emotion. There’s a sort of C21st digital animism going on, but I am scrabbling around  to describe it. One definite is the influence of Tallinn-based producer and pop star Mart Avi: his presence is clear throughout. More and more his sound draws parallels with that of William Orbit’s, sounds as colours, beats as mnemonic prompts.

Estonian poet and artist Steve Vanoni adds something – I don’t know precisely what – to ‘Aurora’, which as a piece is very happy taking its time to reach its final destination. Now and again the track, maybe due to its own cosy torpidity, threatens to collapse in on itself. ‘One of Those Days’ is a great follow up though: a slow song stripped bare of everything but the most basic of musical prodding. I think this is a love song, given the line “hold me tight”, but we are moving as slowly as a reformation of the Rift Valley. The pleasant ‘Fuyu’ follows on in similar vein, a handmaiden to the follow up the beautiful and spooky ‘Eyes Closed’, possibly the album highlight with a couple of very effective changes of mood and tone and an almost shapeshifting arrangement. It’s delicate Goth pop that is more translucent than your smartphone’s screen.

Now and again, as on the calming ‘Light My Mind’, they settle into the sort of meditative rhythms you can hear on old Japan records. The closer, the title track, could be spoof on a show tune: ‘Somewhere Over the Rainbow’, maybe. Albeit played at quarter speed. And then it stops, as if someone’s turned a light on to reveal absolutely nothing. I’m not wholly sure they know what they want from their own music. But they really intrigue me.