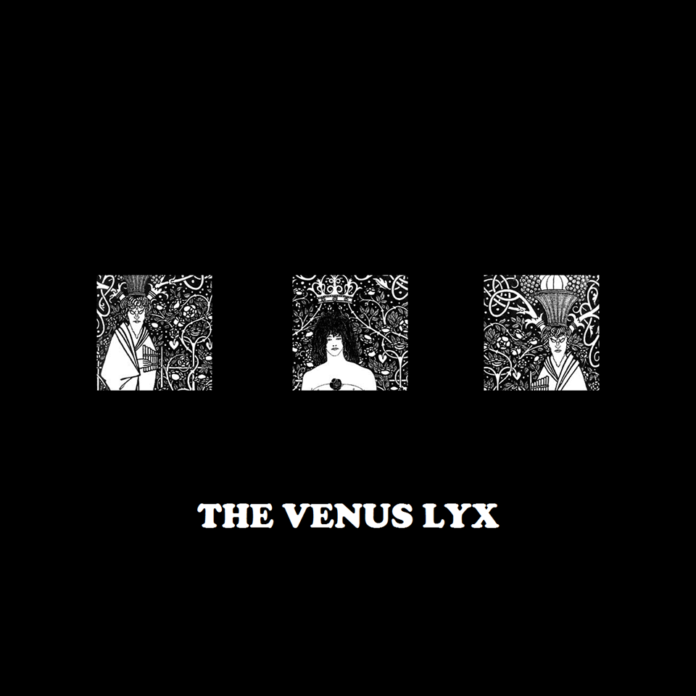 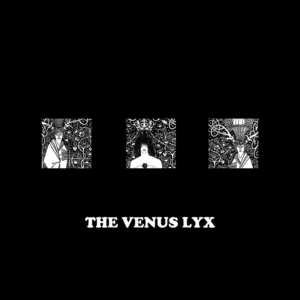 The Brothers Traylen have been touting their energetic, fuzz-laden creepshow through and around London under the guise of The Venus Lyx for some months now, after the immediate release of their impressive vinyl début, ‘Keep Your Hands Off My Familiar’. In fact, despite being a relatively new incarnation, they’ve already released across mediums, with a limited edition cassette under their belt too.

Being brothers, The Venus Lyx have the distinct advantage of time on their hands. They’ve been playing together for as long as was possible, so what’s presented at their shows is already an effortless, fully-formed beast. Delve deeper into the inner workings of the band and you’ll find they’ve also an impeccable shared music taste, some influences can be seen in their performances, others are not so obvious (I fully encourage any fan of the band to check out their weekly mix tapes, ‘I Scream Sunday’, that include classics and obscurities by the likes of PJ Harvey, Tom Waits, The Stooges and many more).

But what makes The Venus Lyx a true treat is their charisma. They’ve got great songs, sure, but their live shows are so aggressively confident that you can’t help but stand in awe. Slow, drawn out, surf guitar chimes over thundering bass lines and tribal beats. Another advantage of relation is that the lads have a very deep understanding and chemistry on stage, not dissimilar to the comradery seen in London based contemporaries Cassells. The reliable and somewhat restrained backing of rhythm section George and James allows frontman Dan Traylen to stalk the stage threateningly. What’s beautiful about their shows is the unhinged feeling that anything might happen, but behind the fighting talk there’s a poetry reminiscent of Nick Cave or Leonard Cohen. Something I’ve not seen done like this since The Amazing Snakeheads (RIP).

Which leads us to their debut EP, ‘The Venus Lyx’, which serves as an excellent introduction to the band and a release I can’t recommend enough. Opening number, ‘Lucko’, kicks off proceedings with layers of feedback and a glorious rock n’ roll stomp. Searing blues guitars pierce a rockabilly beat worthy of The Meteors whilst screaming lead vocals are accompanied magnificently by the boy’s trademark deadpan backing.

If The Venus Lyx commit one crime it’s that they no longer play the second track, and previous single, live. ‘Keep Your Hands Of My Familiar’ is an immediately accessible song with a great glam hook that doesn’t stray far from the formula they’ve perfected. However, if the criticism here is that they’re looking forward, rather than back, then there’s really nothing to complain about. The appearance of ‘KYHOMF’ is welcome here, and fits nicely for anyone being introduced to the band for the first time.

After a haunting, gypsy-esque ‘Interlude’, the EP plunges head-on into lead single, ‘Make Me The Hammer’. It’s obvious, after giving this second offering more time, that the direction in which The Venus Lyx are going is a more mature one. They’ve slowed things down, drawn out the dynamics in their music and allowed for the lead vocal to take a pained and romantic centre stage. There’s still a bit of The Cramps here, as before, but psychish lead guitar and organ jabs build this single with more finesse, refrain and frankly brilliant musicianship reminiscent of London breakthroughs Yak.

‘Life Meanders’ closes this five-track EP, presenting an even darker side to the brothers songwriting. Garage fuzztones and psychobilly influences can still be heard here but they’re ever so slightly buried under luscious blues guitar and a heavy, noise-rock climax before those gang-like duel vocals see us out. It’s a strong end to a strong début EP, one that represents them well as a live band but also reigns back some of the heaviness in place of more engaging intensity. Obviously ‘The Venus Lyx’ would be infinitely improved if it were released on vinyl, as the first single was, not just because I’m picky but because their sound deserves it, but perhaps I’m being unfair: It’s easy to forget that this is a band less than a year in the making, when the music is this well developed, and the live showmanship so exquisitely put together.