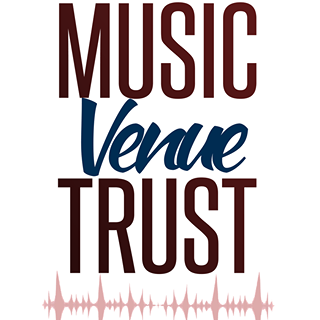 If you’ve been to your local music venue recently and spent £8 to get in, you’re probably thinking that’s enough to support the artists you see on stage that night. In reality, Grassroots Music Venues across Europe are spending 129% of the ticket money raised on artists and production, equating to a spend per audience member of £10.32 on your £8 ticket. And it isn’t the artists who are getting rich either; touring costs have spiralled, meaning that your favourite band can’t afford to play 20 or 30 date tours.

That’s the shocking conclusion of a study by Live Komm Berlin, backed up by evidence in the UK from Music Venue Trust; the charity that seeks to protect, secure and improve the UK’s grassroots music venues.  Alongside all the other challenges venues are facing (from licensing, development, planning, local resident noise complaints), financially, the whole thing no longer makes any economic sense. 12 date, or even 8 date, tours are becoming the norm, because that’s all artists can afford to deliver. Want to know why your favourite band never plays in your town? It’s a simple question of economics.

To ensure new and emerging artists still have great places to play, all EU nations except the UK and Spain have provided a mechanism of grant funding to support venues in this sector; averaging a 42% subsidy across Europe to support the venues these artists play in. In France that subsidy can be as high as 60%, the result of a government-backed 3.5% levy on live music tickets which sees money from the top of the industry being used to support new and emerging artists at the bottom of the ladder.

And the result is what you would expect; exceptional venues able to provide world-class facilities to artists, including higher performance fees and add-ons like catering and accommodation that have made touring Europe a pleasure. Meanwhile in the UK, venues have fallen into decline and, in many cases, closed shop. Of the 25 venues that launched Oasis on their world dominating career, only 12 remain. The UK has seen more than 35% of its grassroots music venues close in the last decade.

“The finances in this sector have been out of whack for years. In Spain, profit margins and brand sponsors have been used to bridge this gap. In the UK, the sustainability of grassroots music venues has become intrinsically linked to the sale of alcohol and other subsidiary trade, like catering, merchandise etc. It’s a thing venue owners and promoters have been hearing for years: “Put this act on, you’ll get a great bar!” In reality, those days are gone.”

Bar sales per head have been falling for many years: Spend per head at live music events is lower than the national average for licensed premises, substantially lower than for clubs and DJ based events. It’s leading many, Davyd included, to call for a complete rethink.

“Music Venue Trust has engaged with the cultural sector (Arts Council England, PRS Foundation, Help Musicians UK etc) to identify ways of bringing some subsidy to these venues, we’re still working on that. We’ve campaigned directly with government to establish the case to reduce core or external costs, such as our successful campaign (working with UK Music and Musicians Union) to remove permitted development rights from spaces near to music venues (reducing legal costs when this occurs), and there’s still more to be done. But now we need to ask the music industry, promoters, agents, artists and managers: What are we going to do about this ourselves? We need to sit down and start again”

Davyd believes the music industry can create a model that works for artists, and enables venues to survive. And he’s challenged John Robb of Louder Than War to help Music Venue Trust find it.

At Venues Day 2016, which takes place at The Roundhouse London on Tuesday 18 October, John will lead a string of panel discussions which will see leading voices in the music industry get together with venue representatives and start asking some fundamental questions; How much money is there? How can we increase that? Once we’ve got it, where is it going? How can we make sure venues are sustainable, but also ensure touring makes sense for artists?

John plans to get to the bottom of the whole thing.

“I’ve been in touring bands for years and I’ve experienced music at all levels on the frontline. I’ve seen many changes over the years in the way bands and venues work together, trying to create the best possible conditions to make everything work. Years ago it was just sitting perched on amps in transit vans, sleeping on the van floor, travelling to play gigs in venues where you had to fix the PA before you could go on. Now I’m seeing modern 21st century touring; splitter vans and many venues and bands who understand how this all works, and how it needs to work. But there are still many things that can be addressed from the artists and venues and everybody who works in this sector to make it better for everyone involved. A conference like this is a great opportunity to explain the mysteries of promoters, agencies, national advertising, catering, VAT, PRS, PPL. How can we all work together to make the vital lifeblood and key entry point of the live circuit not only work but boom into the new century?”

“Let’s start with the soft underbelly of the on-costs, the weird and wonderful deals started by Peter Grant for Led Zeppelin that just shouldn’t apply to a Tuesday night in Hull. Then we need to be radical. We need to think about who is getting rich out of touring and start getting that money out of the hands of Travelodge, petrol forecourts and Ginster’s pasties and into the pockets of artists and venues where it belongs. We have some of the best emerging talent in the world, they deserve the best venues to play in. And it shouldn’t be costing them their health or wallets to do it.”

Venues Day is the annual gathering of grassroots music venues, bringing together over 200 venues from across the UK to network, share problems and look for solutions. Delegate passes are on sale now from this link: https://www.ticketweb.co.uk/event/music-venue-trust-venues-day-2016-tickets/245561?language=en-us

Thanks to the support of MVT partners and sponsors (including Ticketweb, UK Music, Help Musicians UK, White Light and Jack Daniel’s) grassroots music venues can apply for free and discounted passes by becoming members of the Music Venues Alliance. Membership of the Alliance is free to any venue supporting and promoting new and emerging talent, contact Music Venue Trust through their website to find out more: www.musicvenuetrust.com

Transcripts and video from the event will be available shortly afterwards.

If you’ve got something to add to the debate, tell us.