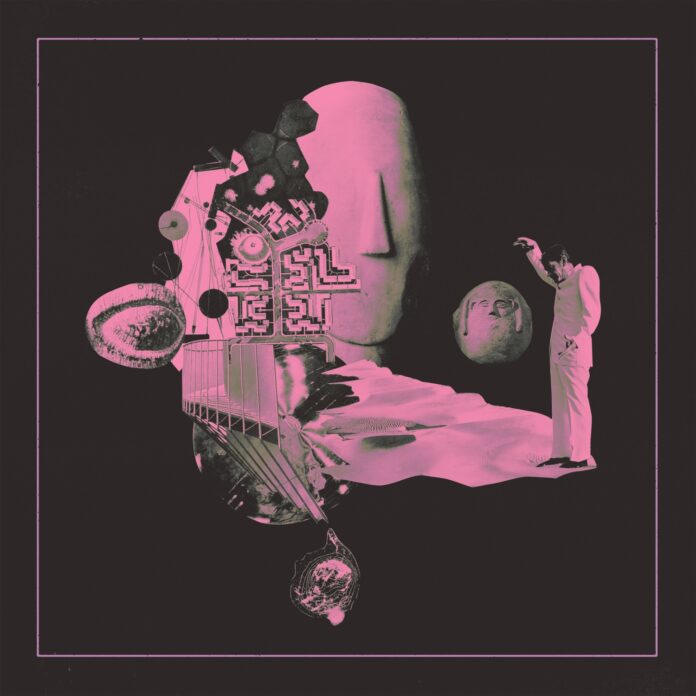 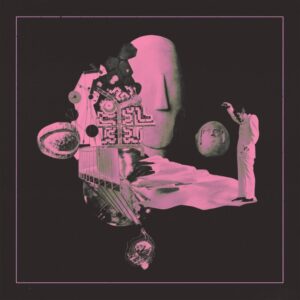 Veik’s new album, Surrounding Structures, is one of juxtapositions, oxymorons that revel in their own disorientation, cold and bleak and yet simultaneously open and welcoming. The representation of a harsh world, brutalist and abrasive, oil can fires burning in a starless darkness.

There’s a sickness that seeps through the walls, dripping alienation and apathy that seeps into the foundations. Shadows flit from the darkness littering desolate streets as dying embers rekindle and threaten to spark again into life. Cold nights attempt to stave off the dissonance between belief and action. Political inaction and individual reaction. The powers that be hand down punishment from above, from gilded thrones where they revel in the riches bestowed on them by the iron heel that lifts only momentarily from our chests to give the brief illusion that we have a measure of control. We mourn the masters while scorning those shackled to the system. Those of us whose chains are longer don’t realise that we are still bound, watching on as others attempt to break free, sleepwalking through the faked reality fed to us by the puppet masters. It’s bleak outside and yet still fires can burn with hope. Apathy and misdirected ire can be overcome when a light is shone brightly enough.

It’s in this world where Veik find their inspiration. Surrounding Structures are those seen and hidden, walls both physical and metaphysical. Walls built high may protect us from danger, but also support the system that slowly cracks around us, the roofs over our heads looking ever more unstable. Through their dense analogue synths, they expose and analyse, desolate vocals narrating throughout. The song titles clearly capture the essence of their inspiration and message: Difficult Machinery; Singularism; Political Apathy; and the all-encompassing Life Is A Time Consuming Experience. It certainly is these days.

Sonically, the French trio nestle somewhere between Neu! and Suicide, the brooding experimentalism of No Wave soundtracks their dystopia. Sitting in amongst the grim reality is the wonderful Château Guitar. A deep electronic beat pulsates within as post-punk scratchy guitars rake the surface. Repetition builds and oscillates, a spiralling structure that rises ever higher. It’s that repetition of sound over which the band build their songs, adding at times jarring detail to the strong foundations. Walking new cities of highrises, gaze fixed overhead, hypnotised by the vertiginous heights that always seem to threaten collapse. All the while inhabitants scuttle like ants, streaming heads down through the maze, accustomed to the point of obliviousness at their surroundings, self-contained and never breaking to look up, out and to others.

The album’s title track envelops the listener in a constant wave, never perceiving a beginning or end, never knowing when a break will come. In fact, it never really does as the song bleeds into Downside (I Wanna Know), the ghost of Alan Vega looming large with a watchful eye and guiding hand to lead them through an industrial labyrinth. The album draws heavily on the sounds of bands like Neu! and Can, whilst also recalling current bands like Vacant Lots and Beak> in the twisted and twisting structures. On Political Apathy, a song that examines the Mouvement des gilets jaunes in France, the synths are almost stuck somewhere, slapping like hot tar that smacks against charred soles. Again, they layer a tinny post-punk guitar line over the top to give the song an air of the danger that swirls around as we sleepwalk through nepotism, cronyism, corruption and the total abuse of power.

Surrounding Structures is by no means always an easy listening experience, but any album that holds a cracked magnifying glass up to our society and selves will require attention and knowledge that the questions it asks may not be comfortable to answer. They combine accessibility with alienation throughout the album, opening a door to expose reality.