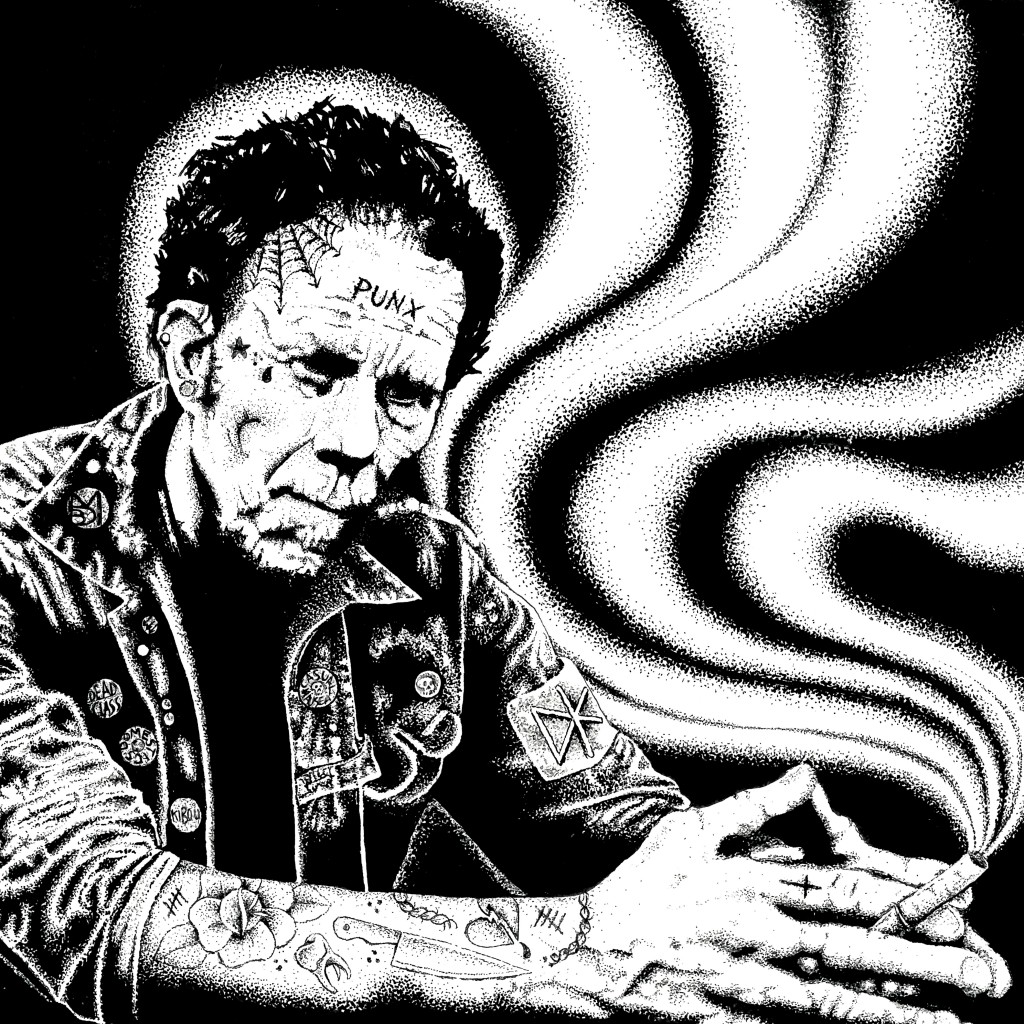 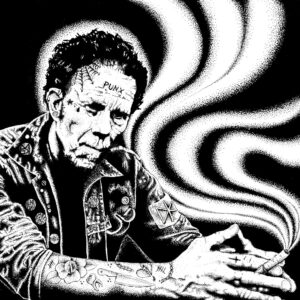 A unique tribute to a living legend on this limited 7″ vinyl release courtesy of Liverpool based Antipop Records.

Based in Suffolk, The Domestics are know for their, obnoxious amphetamine powered hardcore punk – that’s their own description! A fiercely political band who have taken Waits ‘Cemetary Polka’ from his 1985 released ‘Rain Dogs’ album – a track famous for combining carnivalesque music with pre grindcore vocals, and have proceeded to kick it death in some skanky DIY punk squat…what a glorious racket!! Vaguely sticking with Waits original song structure, but adding youthful zeal and rage at everything around them.

The Liverpool/Irish The Dead Class made a welcome return to the live scene in late 2015, and have produced perhaps the most accessible, and certainly best produced track here. Bravely, and it has to be said skilfully tackling Waits defining ‘Rain Dogs’ the title track from one of his darkest, funniest, and certainly difficult, and complex pieces of work during which Waits let lose his twisted dreams – the Dead Class have somehow encapsulated that tone yet made it louder, and faster, and due to Villy Raze’ equally distinct vocal delivery have retained an unsettling edge, that Waits himself would be pleased with.

The Minor Discomfort Band drag ‘Take Care of All My Children’ to a punk rock ho-down, inject it with rough as shit scrumpy then set the saw dust pig shit strewn mosh pit alight – this is utter genius, 90 seconds of rabble rousing mayhem that genuinely deserves a stand alone release.

The EP has been pressed in a limited vinyl run of 500 copies, available in four different coloured sleeves from Antipop Records.

Its great, its everything underground music is about – buy it!