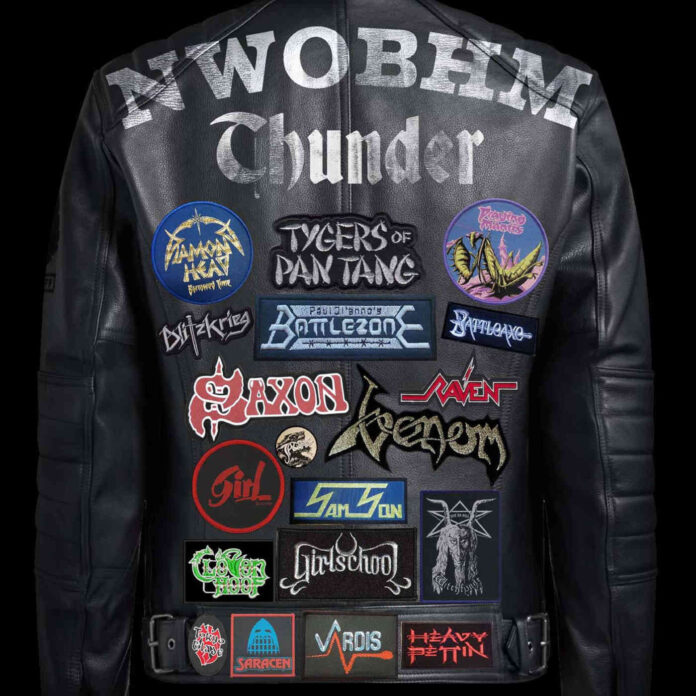 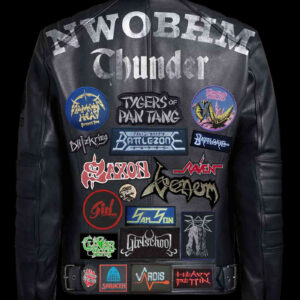 Just as punk changed all the rules the New Wave of British Heavy Metal – or NWOBHM – was a gamechanger for home grown rock acts.

When Johnny Rotten and his mates burst into the charts they ripped up the rule book for how bands should sound or act, and they found unexpected soulmates in the New Wave of British Heavy Metal (NWOBHM) who gave a good old fashioned two finger salute to the hoary old rock dinosaurs who came before them.

Gone were the endless guitar solos, pretentious keyboard trills and a load of tosh about Topographic Oceans or bloody fairies. Instead the new breed played short punchy songs influenced more by punk, new wave and even a bit of glam.

They were given the title NWOBHM in 1979 by long defunct music mag Sounds, and as this lovingly curated compilation put together by NWOBHM expert John Tucker shows it was a pretty broad bunch of bands.

The big difference between the punks and NWOBHM was that the rockers could play really well, but unlike their forefathers didn’t feel the urge to expires their virtuosity in what can only be described as guitar wankery.

Just like the punks the NWOBHM bands were fans of releasing their own records, short studio sessions as that was all they could afford or recording for independent labels like Newcastle’s hugely influential Neat Records, so the results are a series of mini rock anthems entirely free of tired old histrionics and wailng vocals.

Saxon had already had chart success before NWOBHM came along so their inclusion is a bit dubious, but Heavy Metal Thunder that opens CD 1 is classic Barnsley rock with Biff Byford bellowing out a big chorus, and features some incredibly cheesy thunder sound effects. You can hear why Satisfied Then Crucified secured Rock Goddess a ten-album deal that ended up going nowhere, but it’s clear why they got the A&R’s excited as they were aiming to be the British Runways.

Ian Gillian’s sister Pauline only did one, now highly collectible, record and You Got Me Running has hints of early Pat Benatar, whereas Praying Mantis were going for a more AOR sound on Flirting With Suicide, before Aragorn smash up Golden Earring’s Radar Love.

After Paul Di’Anno left Iron Maiden in 1981 just before they went supernova he had a tough time of it, but four years later he is back in fine voice with Battlezone on the anthemic The Land God Gave To Caine.

CD 2 is one for the purists, choc full of unheralded but decent bands like Blitzkrieg’s live demo version of Inferno. Ex-Cronos man Mantas recorded a fanboy version of early Mac classic The Green Manalishi, which lacks the crispness and creepiness of the original.

Chevy’s Just Another Day is channelling pop period Rainbow before Black Rose launch the all-out rock assault of Ridin’ Higher. Shiva’s demo version of En Cachent is the solo nod to prog with Jon Anderson style vocals, and even an old school guitar solo, but it is in the spirt of NWOBHM….just.

Girl are the only act here who appeared on Top of the Pops (Note to young LTW readers this was a BBC1 prime time pop show that was way, way less crap than Later) with the glam rock of Hollywood Tease. Guitarist Phil Collen went on to join NWOBHN leaders Def Leppard, but this song should have left off as it features an offensive word that was certainly of its time.

Neat legends Tygers of Pan Tang had clearly had enough of rock indie obscurity so went all out for a hit with a corny and slightly camp version of Leiber/Stoller’s Love Potion No.9 which did go top 50.

The final CD has more big hitters Including Raven’s final Neat Single Break The Chain and the title gives you a clue about their deteriorating relationship at this point. Scottish Rockers Heavy Pettin’ look to fellow Caledonian glam stalwarts The Sweet for the stomping Love Times Love,

Iron Maiden fans will be intrigued to hear an early Bruce Dickinson (known then as Bruce Bruce) bellow on Samson’s huge Earth Mother complete with an epic Paul Samson solo. Girlschool’s It Could be Better slightly predates the formal birth of NWOBHM, and sounds really weedy compared to the majesty of their four albums on Bronze.

The best is left almost to last with the genius of Diamond Head’s still astonishing In the Heat Of The Night, featuring one of Sean Harris’s best vocals. This lot who were a big influence on Metallica and were by some distance the most inventive and powerful NWOBHM band. God alone knows why they weren’t bigger than Def Leppard or Maiden.

It’s all easy to sneer at rock but done well it can be transcendent. What makes this beautifully research and packaged box set special is it shows how punk changed everything across genres. And if you’re not a social historian you can just listen to belting rock tunes from some quality bands who really deserve another moment in the spotlight.