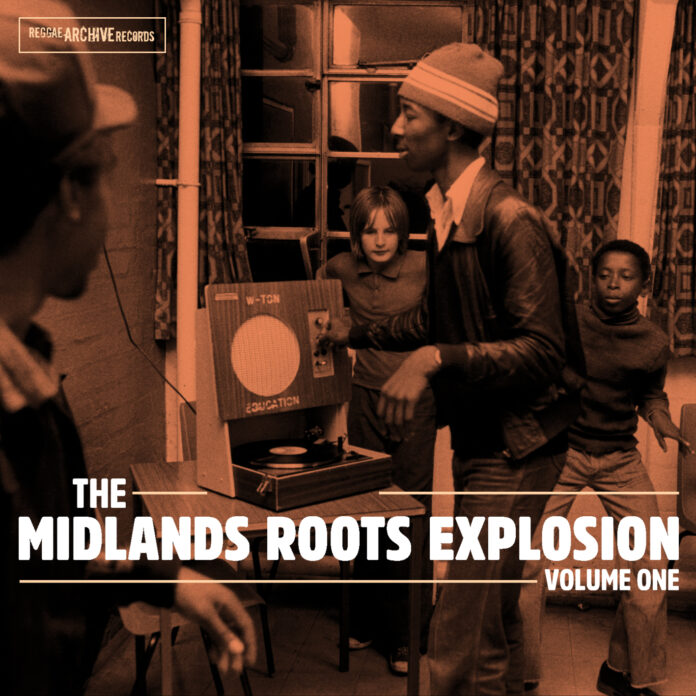 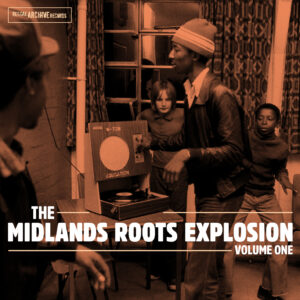 In many ways it’s pointless reviewing an album like The Midlands Roots Explosion. Pointless not in a derogatory way, but in a way dictating that it shouldn’t need to be reviewed. It should be an album that everyone knows about, and listens to, and loves.

For the casual reggae listener, the Midlands were probably just the home of the likes of UB40 and Musical Youth, but gently scratch beneath the surface and a plethora of acts quickly emerge.

The album begins with Handsworth’s Steel Pulse whose first single, Kibudu Mansatta Abuku, (1976) is represented twice with the added inclusion of b-side Mansatta. Two delightfully lazy tracks with some great backing guitars and reverbs that seem to dub out for an age, it sets the scene for the remainder of the quite brilliant 15 track album.

Many tracks included here are unreleased or appearing for their first time on CD. Musical Youth appear in their pre-Duchie days with their first release, a tough roots track in Political. With vocals by Frederick Wait Snr (The Techniques) who was also the Father of Patrick and Junior.

There are some quite fantastic dub versions in Rome (Oneness), Fa-Ward (Groundation) and Mr Workhard (Carnastoan), the former of which was previously only ever available on a 12” single from the Black Symbol (also contributing In The Name Of Jah) by-product. This is reggae and dub at its very finest – simple, easy tracks – no nonsense classic roots.

Carnastoan provide a brilliant upbeat dance reggae mix not dissimilar to the sort of stuff that Adrian Sherwood and On U-Sound would become synonymous with years later. Maybe showing that whilst Sherwood is often credited as being a ground-breaker, he was also serving to add his own incredible skills to a sound that was in desperate need of greater exposure.

Further inclusions come from the mighty Capital Letters and the unbelievably talented Benjamin Zephaniah whose respective tracks I Will Never and Unite Handsworth were pivotal milestones in the 70s and 80s reggae scene. We are also treated to a real gem in Instruments by Mystic Foundation which has remained unreleased for 30 years, quite remarkable considering the quality of the track.

Perhaps one of the most exciting things about the album is the addition of the words ‘Vol 1’ to the title indicating that there are many more precious releases on the way.