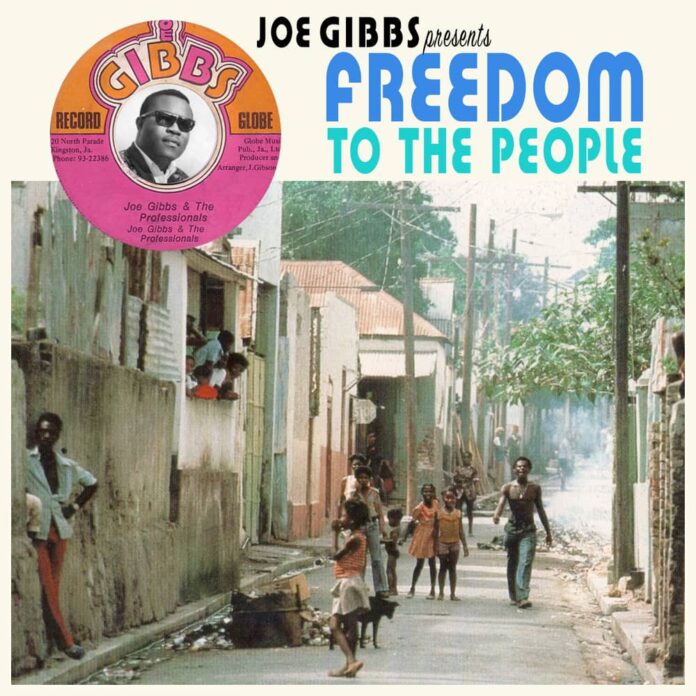 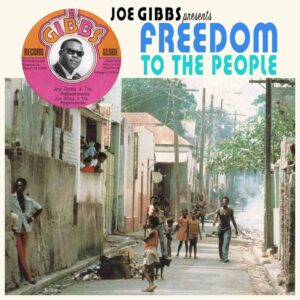 New 2CD charting Joe Gibbs’ productions from 1971 and 1972, featuring artists of the calibre of Judy Mowatt, Max Romeo, The Heptones, Augustus Pablo and U Roy. This set includes many Jamaican hit singles and 24 tracks new to CD. Ian Canty hears what people power can achieve…

In many ways Joel Gibson aka Joe Gibbs bucked the general downward turn in reggae music’s fortunes during the early 1970s. He was very much one of the bright lights behind the boards in Jamaica, after scoring many hits on the island from the rocksteady era onwards. His purpose built studio on Burns Avenue in Kingston had been set up in 1970 and added to an instrumental backing unit, credited here both as The Destroyers and The Joe Gibbs All Stars, everything was in place to give his roster of top quality vocal talent the opportunity to excel. With Amalgamated among his many imprints, Joe’s organisation appeared to be primed for further success.

Reggae singles weren’t reaching the business end of the UK pop charts as often in 1971, as the boss/skinhead reggae boom had practically petered out, but there was still a large market requiring fresh sounds for Jamaican dancefloors. DJ toasting had risen to prominence and dub techniques, something that would come to dominate the middle part of the decade, were becoming all the more experimental.

Disc one begins with Judy Mowatt’s lovely, soulful version of The Gardener before Charlie Ace & Johnny Lower combine on a cool DJ cut Ride On Johnny. Winston Wright’s ghostly organ instrumental Rebeloution and two versions of Ah-So by Tommy McCook and The Destroyers respectively use the same rhythm, before we reach the dual skanking slackness of How Your Panty Get Wet by Stranger (Cole) and Jimmy (Martin Riley). The pairing also show up later in this set with a mid-paced goodie in Voice Of The People and the Double-Barrel moves of Woman A Heavy Load.

Johnny Lover aka Johnny Jones languidly toasts on New Kent Road, with Don’t Be Prejudice by Max Romeo being one of the man’s thoughtful, socially conscious outings. Then, on the latter’s rhythm, comes a gospel-tinged He’s So Real To Me and the more earth-bound We Love Weed, both by The Joe Gibbs All Stars. The Heptones were one of the top vocal groups of the time and their biggie for Gibbs, the wonderful lilting Hypocrite, is the first of their ten tracks included here. Also on this disc are the irrepressible dance beat of God Bless The Children, a top-notch I’ve Got A Feeling and their contribution to the medley craze, The Magnificent Heptones.

Westmoreland native Keith Poppin, who would go onto further fame later in the decade, turns up with the lively Running Back Home and Denis Alcapone shows his accomplished DJ skills on the wild Upsetter Version, cut atop Lee Perry’s I Am The Upsetter. Veteran keyboardist Aubrey Adams versioned Eric Donaldson’ Cherry Baby as Cherry Island and Winston Wright also gets in on the act with Peace And Love. Showing Gibbs got the most out of his rhythms, Max Romeo returns to cut Peace Maker to the same backing. Then the mysterious Prince Student chats ebulliently on a bongo-enhanced take of The Melodians’ River Of Babylon and trombonist Vin Gordon demonstrates his jazz chops on African Plant.

There’s a solid groove to Dennis Alcapone’s George Headley Medley and Hot Dog, over a Peter Tosh song Mangy Dog, by the Gibbs All Stars drifts along nicely. The first section of Freedom To The People comes to an end with Bunny Flip, aka Winston Scotland but born as Winston Phipps, rapping over the same recording on his toasting number Maingy Dog. This is a disc packed with good stuff that shows Gibbs’ taste and instincts were spot on at this point in time.

In his Winston Scotland guise Phipps launches forth on disc two with a further DJ take on the same source material Skanky Dog and the Mangy Dog quartet is completed by Joe Gibbs & The Love Generation’s brassy Boney Dog. The Heptones’ laidback chill of Our Day Will Come shines and Mickey Lee’s Hello My Little Queen single is a smartly-delivered love song with nice keyboard surges. Augustus Pablo’s dub version African Queen, replete with that unmistakable melodica, was its b-side, so here it logically comes straight after. Sweet voiced Linton “Jackie” Brown scores with the patient tempo of Shake Little Girl, plus the great People Of Today later on this disc and Junior Byles & The Versatiles’ wheezing organ and tight rhythm on Warieka Hill provides a perfectly paced highlight.

Two artists that are more or less complete mysteries follow soon after, Mr X and Rasta Man with White Liver Mabel and From Africa With Love respectively. The former, basically Winston Wright’s piano instro Reuben with vocal interjections, has a credit for Sweetie on some copies of the single. That is presumably the female voice in the spoken word intro and could this be the same Mr X that recorded a dub of Prince Alla’s It No Easy? Perhaps. Rasta Man, for his part, gives us a crazy toast of animal noises on Cat Campbell’s By The River Brown Sugar, a more conventional DJ effort which crops up next.

Errol Dunkley’s Just Another Girl is good stuff, a strong roots sound that was ahead of the pack at the time and Ethiopia by Leroy Smart is also a record that would have sounded good at any point in the 1970s. A singer who recorded sparingly, Uriel Aldridge worked with Harry J around the same time as his sole Jogib waxing Let True Love Begin, a decent offering spiced up by some lively female backing vocals. Bun Finger by The Ethiopians might be one of their less well-known offerings, but as Leonard Dillion and co were seemingly incapable of putting a foot wrong it’s a pleasure to hear.

The sunny flow of Freedom To The People by The Heptones sets off a run of five tracks on the God Save The Children rhythm. Though there are other fine DJs represented here, the style will always by synonymous with Ewart Beckford alias U Roy and his Freedom Train is imbued with his usual lightening bolt of energy. Winston Scotland follows gamely enough in his wake with Screw Face Set Your Place and then Vin Gordon offers us his exuberant riffing on a stripped back take Freedom Day. This set concludes with U Roy again on what is really an introduction to a guitar stuttering dub called Make Love Not War.

The neat sleeve design to this set helps to give a very clear feeling of time and place (though if you were being a total pedant you might have noticed that Joe Gibbs & The Professionals is the tag used on the top left of the front cover, the name of that version of his backing band is not used here) and most of the individual tracks are profiled in the notes. Joe Gibbs coped with ease to the changing environment in Jamaican music in the early 1970s, turning in classy sides time and time again. This magic touch helps make Freedom To The People fine listening practically all the way through.