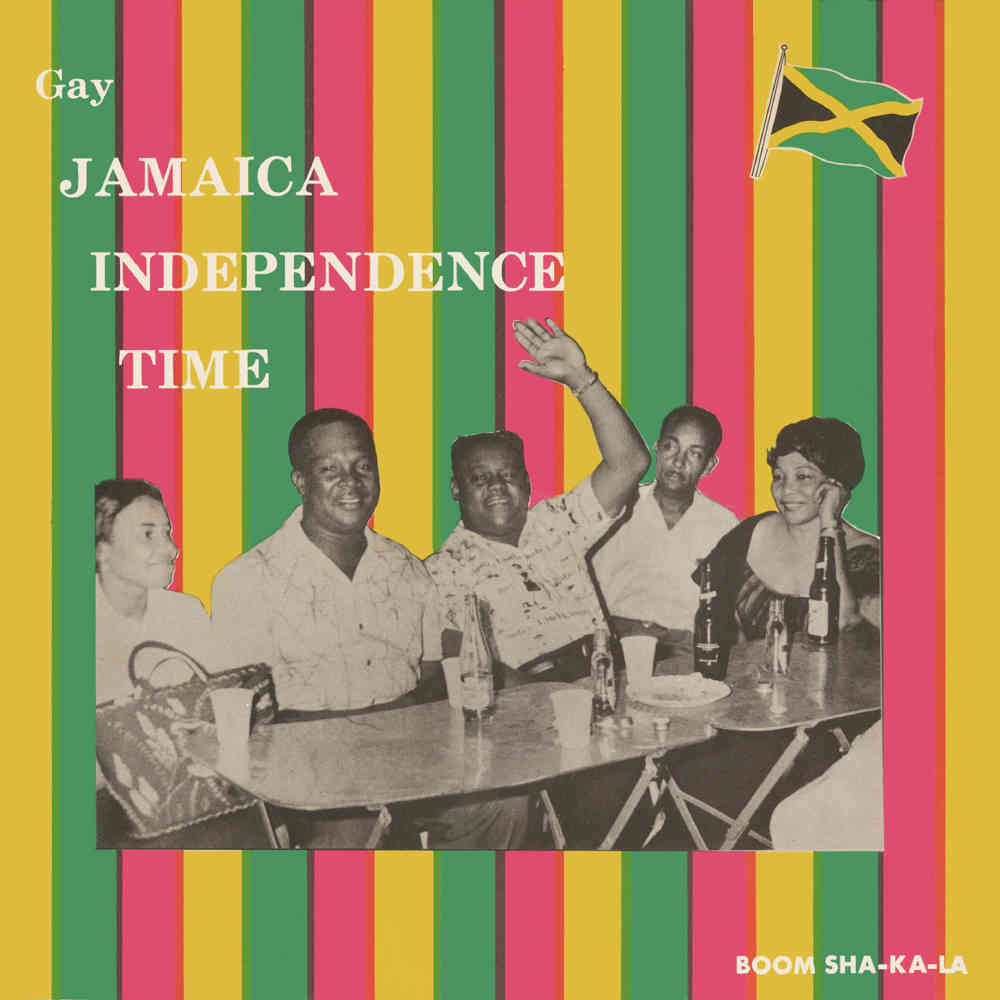 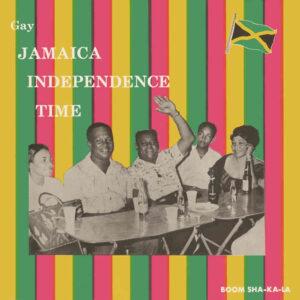 Duke Reid was a late adopter of the reggae rhythm, mainly because Rocksteady’s key ingredients of a deliberate pace and soulful vocalising fit him so snugly, being a R&B man at heart. But when he finally came round to the sound, because of his set-up and the performers and players he could call upon, he was always going to go onto produce quality records whatever the “in sound”. Gay Jamaica Independence, the compilation album of Treasure Isle acts that is the heart of this new collection, displays how elegantly he and his artists managed the changeover. But the Duke also had one eye to the future and an ace in the hole.

Toasting, or the DJ talkover, had been a thing on the Kingston music scene for a long time, even in 1970. On the sound systems at the lawn dances, DJs introduced the discs played in a grandstanding style, often utilising echo and “riding” the rhythm during instrumental passages. This became a big part of the night’s entertainment with DJs collecting their own followers. One of the reasons they “chatted” rather than announced the records was because if you had a disc that would fill a dance floor you didn’t want to identify it for your competitors. There was also both a need to amuse and also put your own DJ stamp on the sound.

This style would become one of the roots of hip hop, but for the moment remained a totally Jamaican thing. It wasn’t long before someone had the idea that people might buy records with the DJ patter already on them and the floodgates opened, with many who had the gift of the gab fancying a go at this crazy new trend. One of these talkover hopefuls was Ewart Beckford, soon to be known as U-Roy, who featured as DJ on King Tubby’s sound system and cut his first tracks with Keith Hudson. It was John Holt who tipped off Reid about U-Roy and the link up would work to both put U-Roy in the spotlight as the leading practitioner of DJ toasting, and also reinstate Treasure Isle to the cutting edge of the Jamaican music scene. Also this style had the added benefit of giving extra life to old rhythms (many of U-Roy’s work with Duke Reid were cut over old Rocksteady tunes) – thus being relatively cheap to produce.

U-Roy’s recordings pepper Gay Jamaica Independence Time, with the classic (This Station) Rules The Nation being my pick, though they’re all effortlessly stylish and sound good and not at all dated today. In fact the 12 tracks that make up the album are consistently enjoyable there’s no real weak link. The LP originally came wrapped in a sleeve with a photo of the Reids and a vacationing Fat Domino and wife. This reissue’s sleeve note rather poo-poos Alton Ellis’ Pumping In but for me it is a full-on marvel of a dance number, he slid into Funky Reggae with the kind of élan he approached most things. The Ethiopians also acquit themselves well as normal, confirming their enviable reputation as high quality performers of conscious Reggae on Condition Bad A Yard.

Earl “Wire” Lindo chips in with some basic but pleasing skinhead/fairground organ instrumentals, the kind of thing that was all the rage still on the Reggae scene and Hopeton Lewis And The Chosen Few score with the mighty rhythm of feel-good set opener Boom Shacka Lacka. It ends with a short burst of the Jamaican National Anthem and this record was certainly something to be proud of.

Among the eighteen bonus tracks on disc one there is plenty satisfy one’s appetite. Psychedelic Reggae by Winston Wright has a snorting fuzz guitar and cool organ tones, bringing together skinhead reggae and garage under one roof. Aston Family Man Barrett would go on to become a mainstay of Bob Marley’s Wailers, but his Key To The City here is a beaut, working up a head of steam from a toasting and crowd vocal start. Justin Hinds And The Dominoes prove their durability and their place as reggae’s unsung heroes on the jerky rhythms of I Want It and the Ethiopians go down the gospel route on Allelujah. Hopeton Lewis manages a convincing James Brown-style chant and holler on Superman and Duke Reid gets a credit himself, with his All Stars featuring on the enticing and mystical Chant.

Over onto disc two we have eleven more tracks from the Duke Reid archive. Dorothy Reid has a totally convincing go at being the female Dave Barker on the fluid and dubby Ska-vovi (her This Is Me on disc one is fabulous too) and Winston Wright shows his mastery of the organ instrumental on Night Owl. On a similar theme Glen Adams has more than a touch of The Liquidator on Caught You Out, some twangy guitar managing to sway it away from a mere copy. Joya Landis works wonders on the sultry Reggae Torch song In That Bar and Freddie McKay’s big voice suits If I Should Make It down to the ground. He was soon to switch to the Duke’s rival Coxsone Dodd’s Studio One operation and on this evidence it was a big loss for Treasure Isle.

For the second part of disc two here we move away from Treasure Isle and onto Reid’s erstwhile sound engineer Byron Smith’s Baron label. This selection has some more bright recordings by the Jamaicans, highlighting what a pleasing and underrated outfit they were. Their My Love For You is a really well-crafted piece of soulful reggae, and the upbeat and sunny Love Uprising gets a nice DJ do over by Tommy Cowan too. Norma Dean’s rude and rockin’ Barbwire is the biggie here, and as good as that is her Angel La La, among the bonuses on disc one, a real knockout: a stunning and original track, full of primitive dub effects, bird calls and a coy, dream-like vocal, I warmed to it straight away.

Back to the Baron stuff, Winston Jarrett’s Stick By Me comes over like a smooth Lover’s Rock prototype and Stranger Cole’s emotion is palpable on the sad Crying Every Night. King Sporty gives U-Roy a run for his money on For Our Desire and a flute-led and well dread Stupid Doctor is the best of Tommy McCook’s always tasteful offerings here.

Gay Jamaica Independence Time is a really nice compendium of Treasure Isle’s stuff during 1970, showing the strength of the label. This extended edition has a great deal of diverting and interesting bonus offerings, including that rare Baron label material. You can hear the quality on offer flooding back over the years. Duke Reid may have been late on the reggae scene but his best material stands shoulder to shoulder with the classics of the era and many of the tracks presented here reach that level with ease – strictly maestros at work.