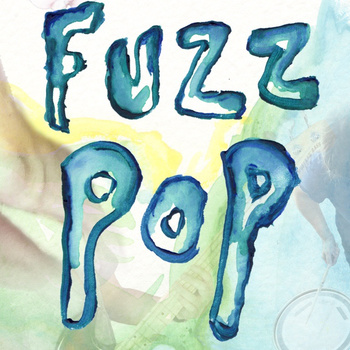 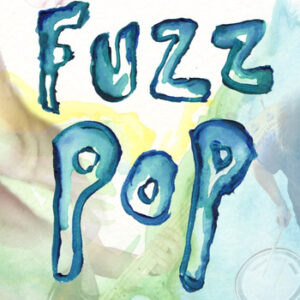 Twenty of the best acts from the international indie underground rounded up on one handy blue tape. Glenn Airey presses ‘play’.

Heathers, Burnt Palms, Slushy: a number of my favourite bands these days first came to my attention via the good offices of Very Gun Records, based as luck would have it here in Stoke on Trent. Initially a distributor of imported punk-pop records and tapes, VGR have more recently set about releasing cassette albums themselves. In keeping with their preference for what they quite reasonably bracket together as ‘fuzz pop’, the catalogue features a range of standout bands from DIY/indie scenes across the United States in particular, with occasional forays into Canada and Germany. And now twenty bands, all worthy of your attention, have contributed new tracks to Very Gun’s heftiest effort to date, the imperious Fuzz Pop compilation. Just one hundred of these little blue beauties have been lovingly brought into the world, so if you’re on message with the grassroots cassette revival then make sure you grab one pronto.

Even setting the music aside for a moment, Fuzz Pop is a package to warm the heart on a winter’s day. Resplendent in artwork designed by Christina Riley of Burnt Palms, it also boasts a set of photo inserts to peruse while you soak up the sounds. Always nice to put a face to the name. Okay, time to hit the play button. Boston’s Parasol kick things off with the urgent, breakneck Red Skies (seek out their terrific Not There LP) and the quality rarely dips. Young Boys are one of four Brooklyn acts here and their contribution, the stately Only Son, has a blurred, shimmering quality that calls to mind the Brian Jonestown Massacre. Then it’s back to Boston for You’re a Bitch by Dylan Ewen, a robust punk scuffle that’s every bit as to-the -point as its title would suggest.

Soaked represent Austin, TX with one of my favourite tracks, the catchily Pains-like Backstreet Heat. The sole Europeans here, Berlin’s Gurr, shared Very Gun’s first tape release with Burnt Palms last February. Long since sold out in cassette form, it’s still accessible via Bandcamp and you’ll love it. The Gurr song on Fuzz Pop is Where Did You Go? – short, sassy and hilarious. First visit to the west coast next, where we find Uncrushworthy and their Echo Park. It’s relaxed by comparison to what’s gone before, and captures the smudged sweetness you might associate with earlier Pastels material.

I love Chicago’s Slushy, and their Pastime Gardens LP is one of 2014’s happiest discoveries for me. Their contribution here, I Gotta Get Away, displays their 60s garage credentials to triumphant effect. Lisa Prank’s Why Can’t We (Just Dance) is up next. A classic bedroom DIY blend of distorted guitar and bored-teenager vocals that proudly channels the spirit of The Ramones. I’m not one of nature’s dancers myself but I confess I tapped a foot. Chase Ambler’s track Miserable leaps out of the speakers with a great, boxy drum sound smashing through the thrilling yelp of a vocal and perhaps the rockiest guitar performance on the tape.

By contrast, Sweet Valley Slumber Party offer up Dazed, a suitably-titled, woozy mirage of a song that never quite puts down roots in the real world and is all the more mesmerising for it. Staying in Los Angeles, it’s time for Heathers. I adore this band and the prospect of their debut album next year is already causing me to wake up at ridiculous hours of the morning in case it’s miraculously arrived early. Their track here, Sometimes, is apparently a demo that they’ve handed over with exclusivity. Needless to say it’s a thing of nagging beauty and great emotional intelligence. They do a neat Wedding Present tribute act for fun, but in truth they can match their heroes tingle-for-tingle when it comes to affecting moments in songwriting.

Baltimore’s Expert Alterations step up next with Venetian Blinds, another highlight. It’s a joyous eighty-seven seconds of acrobatic bass and splashing guitars that recalls those revered New Zealand bands of the eighties. Similarly, Crown Royal by Kissing Is A Crime is built along classic lines with some intricate guitar interplay and an accomplished pop sheen. This compilation certainly isn’t a dogmatically lo-fi affair, rather an assortment of bands making the most of their resources and playing to their obvious strengths.

And, as it happens, Burnt Palms’ strengths lie at the fuzzy end of the spectrum. It’s fitting then that their guitarist and singer Christina has been something of a MVP in helping to pull the project together. Their song Me is a typically bittersweet punk-pop romp and if you haven’t dived into their two excellent LPs so far, then you really should. Vancouver’s Love Cuts dish up the chilled, Beat Happening-style Slip On Through before No Kill arrive with a squeal of feedback that morphs into the superb Big Muff Scream. It’s one of the most fully-realised tracks here, featuring a duet between two engaging voices and a great, boozy bar-band vibe.

Varsity, from Chicago, sustain that fuller band sound, and also the vocal chops, with their track New Wave. A wonderful song that your postman could whistle. In your dreams, songs like this get to number one. In a sane world somewhere, maybe they do. I hope so. Back to Brooklyn for Toons, whose Grumpy Beach EP was released by Very Gun in the summer. This Is Why We Drive captures their slacker cool, with just the right amount of swaggering, switchblade threat.

The Daddyos lead us into the final couple of tunes with the haunting Mexican King. It’s got a dreamy noir quality that lingers long after the reel’s stopped turning. Rounding things off is Weird by Stockton, CA’s Monster Treasure. Classic fuzz pop in the vein of early MBV with great harmonies and a jackhammer drumbeat.

Phew! Apologies if some of those micro-reviews sound a bit superficial but nobody wants to plough through a 20,000 word review, and I didn’t want to miss anybody out because every track here is well worth a listen. And, having listened, there’s a good chance you’ll want to pursue some of the acts here and check out their work to date. Very Gun Records will be only too pleased to help you with your enquiries.

Fuzz Pop and loads of other DIY punk-pop goodies can be ordered here or the label’s bandcamp page here. You can follow Very Gun on Twitter @ShaunPodmore then take it from there…