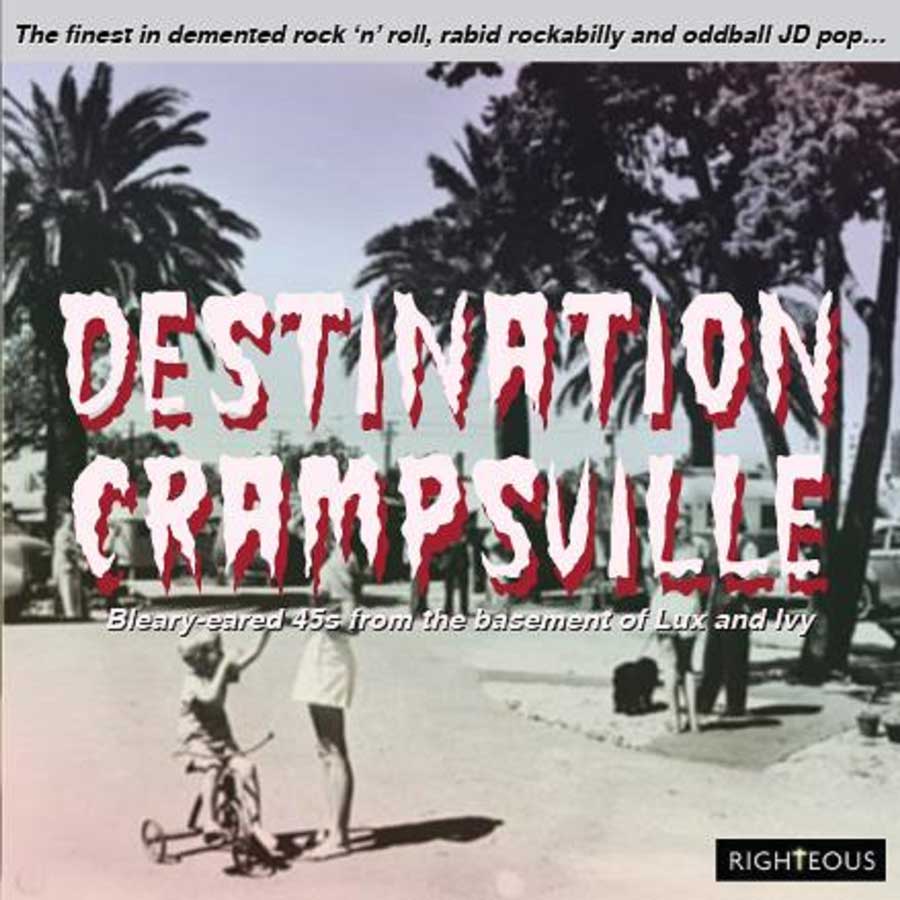 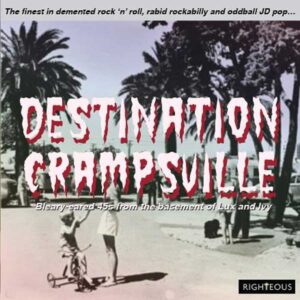 Another double CD of wild and irreverent music courtesy of Righteous Records that for marketing purposes is linked to the infamous record collection owned by Lux Interior and Poison Ivy; I understand why the link is there, but for those who have the original Born Bad series of albums the lack of any reference to the tracks included and the Cramps, or even Lux’s Purple Knif radio show is both frustrating and smacks of monitorization; that said the 52 tracks included deserve to be heard and showcase a vivid splattering of thunderous rock ‘n’ roll, crazed teen pop, truly ridiculous, and long forgotten dance crazes, twisted rockabilly and some very unsettling instrumentals.

There are few vaguely familiar names featured including the likes of The Ikettes originally a trio of female vocalists formed to back up the Ike & Tina Turner Revue here with ‘I’m Blue (The Gong Gong Song), from 1962, Little Eva’s ‘Keep Your Hands Off My Baby’ that pre-dated the more famous ‘The Loco-Motion’ by 12mths, but it’s the names lost in time that are of more interest to any passing Cramps aficionado; the likes of Don Eee (real name!) whose ‘Stop A The Hop’ is an insanely rare 7” put out via CMI Records in Dallas in 1958, whilst Scott Wood & His Band ‘Chicken Rock’ will delight anyone familiar with Lux, and Ivy; released back in 1959 featuring a flaming guitar riff, lung ripping sax and vocals that may well have inspired Lux as he recorded ‘The Crusher’; this track alone is worth the entrance price, similarly for Goggie Rene ‘Big Foot’ which pre-dates The Rivington’s “Papa-Oom-Mow-Mow” and is a clear influence on that, an decent original of this will set you back the best part of £50. 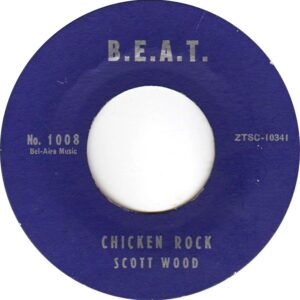 Can’t not mention The Vons ‘Flip, Flip’ which has some neat surf guitar, vocal harmonies, and boogie woogie piano corralled into its 130 seconds, even shorter is Little Ike ‘She Can Rock’ which is essentially Ike (Isaac Hamilton) ripping off Little Richard – he even references “Good Golly Miss Molly” in the lyric… copyright was clearly different in those days!

The mysterious Gin Gillette is included with ‘She’ll Never Let Him Go’’ her sole release from back in 1961; the B-side ‘Train To Satanville’ closes the entire compilation, but this slow burner is still a goodie; as for Gin, from the outset she was desperate to remain anonymous – she certainly achieved her goal. 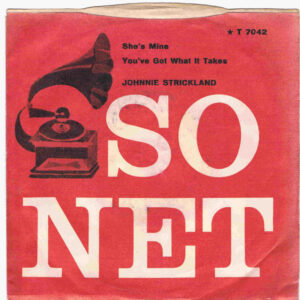 Johnnie Strickland is everything a 50’s rock ‘n’ roller looked like, clean cut suit, clipped and politely quaffed hair, his track ‘She’s Mine’ is altogether a more steamy affair laced with rock ‘n’ roll fever carried on a blistering guitar that leads into a salacious lyric “I got a cute little gal, with a cute little walk / I like to hear her when she sighs / I like to hear her when she talks!

Who would ever imagine a name like George Stogner could produce a blazing ditty to drag racing, well in ‘Hardtop Race’ he did just that, another one really hard to find, certainly if you were after an original 10”.

The Kac-Ties hailed from Brooklyn and decided to combine Doo-Wop with horror themes, and why not? Releasing ‘Were-Wolf’ in 1959 via the Shelly label later led to ‘Donald Duck in 1972 with our boys demanding that “Donald Duck, quack for me” complete with harmonised quacks; insane stuff!

Equally frazzled are The Dodd Sisters, does anyone know anything about The Dodd Sisters? Appear to be completely unknown, and ‘You Yum Yum Yitty Yitty Yea’ looks to be their sole release, clearly equally unknown producer Red Beattie was going for a Alvin & The Chipmunks inspired Ronettes as that’s what he got.

Can’t finish without a mention of Tiny Bradshaw and his cover of ‘The Train Kept A- Rollin’ which over the years has become a audio barometer for developing genres, Tiny’ version predates Johnny Burdett by a good 5yrs first appearing in 1951 with an excellent demonstration of original jump blues.

‘Destination Crampsville’ is an absurd often surreal assault on the senses that raises the question; just how did these three-minute salvo’s ever get thought up? There is no rational answer – just be glad that some wacko’s thought them worthy of release!