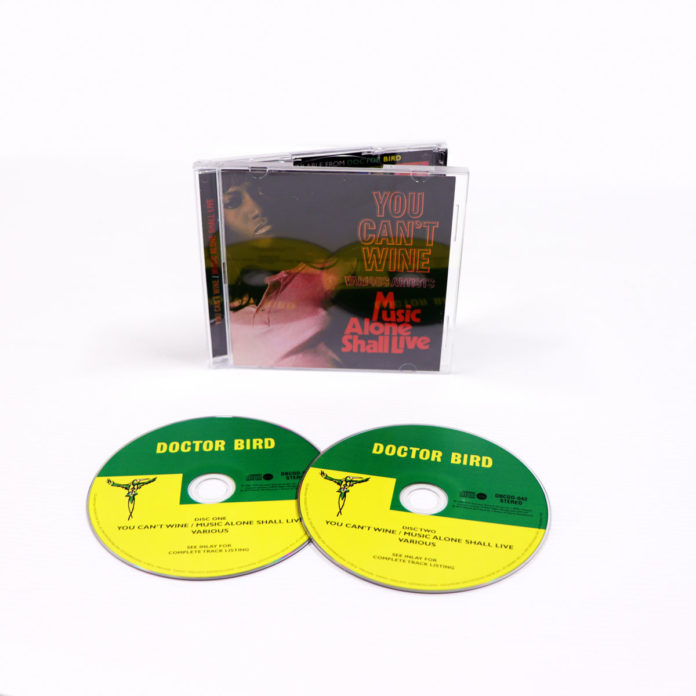 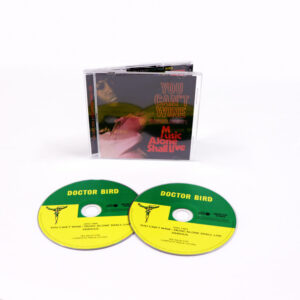 Rupert Lloyd Edwards, Rupie for short, launched his aptly named Success label in 1968 from his base on Jamaica’s famed Orange Street. His band the Virtues (previously the Ambassadors) had split up, so Edwards combined his own singing career with production. His offerings were an instant hit in Jamaica and with reggae fans in the UK too. Part of that was down to a roster filled with talent: Bob Andy, the Kingstonians and Gregory Issacs all cut discs for him. Dobby Dobson, his bandmate in the Virtues, was a mainstay of Success too. But Rupie also had a good ear for a song and an instinctive knack for innovation, which helped give his productions an identity of their own.

His popularity was such that Trojan Records afforded him his own Tighten Up-style collection in 1970, complete with risqué sleeve photo, entitled You Can’t Wine (after one of Edwards’ big hits with the Kingstonians). Oddly enough, most of the tracks were previously issued on Trojan’s chief competitor Pama’s network of labels. Although this album didn’t have quite the same success as the Tighten Ups, the contents more than justified the release.

The twelve tracks presented on You Can’t Wine are as pleasing and instantly evocative of the ’69 Skinhead era as any and are still good listening today. One can easily imagine moonstomping at a Youth Club dance to the sound of Winston Wright And The Soul Kings’ reggae version of The Magnificent Seven, for instance. The beat may have slowed a tad as the skinhead reggae boom began to peter out, but there’s still plenty to get one up and, ahem, skanking here.

Edwards was an early exponent of getting mileage out of a rhythm, recycling the Kingstonians’ title track more than once. He also was adept at adding interesting little musical touches here and there to make his work stand out. For instance the echo effect and treated keyboards on another Winston Wright track (this time accompanied by the Rupie Edwards All-Stars), a version of the old children’s favourite Grandfather’s Clock, are applied with a delightfully light touch.

In doing this he displays a subtle hand and he also knew just when to play it straight. Having some fine artists at his disposal helped too – he was also no slouch in the vocal department and knew what a singer needed to perform best in the studio. He acquits himself well vocally on Uncertain Love and his studio outfit the All-Stars (which was basically the Hippy Boys by late 1970) have a hand in four more from the LP. The Big Sin Thing, a juicy reggae-fied Time Is Tight, is co-credited to Lloyd Charmers and utilised DJ talk-over at the outset. This is something Rupie would experiment with more as time went on. Another one with Charmers’ input is A Taste Of Music, which features the guitar chukka chukka right up front. This was something of a sonic trade mark for Rupie and meant things were primed for the dances.

The Kingstonians’ elegant title track and Bob Andy’s sweet The Way I Feel are album standouts, with the latter given a firm musical backing including some great trombone riffing. The Concords, who included a young Gregory Issacs, impress with I Need Your Loving and Issacs himself supplies some of his smooth and full vocals on the very fine Each Day. All things considered You Can’t Wine is an excellent platter, a cool and danceable snapshot of the times.

The bonus tracks on the disc have a wealth of interest to offer. The Itals (no relation to the later roots band of the same name) seem to have been a duo comprising of Basil Spence and Errol Carter. Spence wrote the excellent Chatty Chatty, where the Itals resemble the Pioneers a little (which can only be a good thing) and Oh Lord Why Lord is more than just solid reggae fare. They also feature well on disc two with the Edwards-penned Every Time.

Rupie Edwards’ Promotor’s Grudge utilises DJ toasting well again and the dramatic and punchy Pop Hi is a top quality organ instrumental. Strange by Dobby Dobson has his warm vocal stylings riding a tough reggae rhythm and he sings Your New Love with a touching vulnerability. There’s even a dip back into Edwards and the Virtues’ past on Exclusively Yours, originally cut in 1967. This whole disc is a great mix of catchy vocal tunes and fine instrumentals, showing the strength in depth Rupie had on his Success label at the time.

You Can’t Wine did well enough from Trojan to issue a follow up in the same year, Music Alone Shall Live. Only available as a pre-release, if the sleeve photo nude tumbled way past the saucy Tighten Up sleeves, the music included was still spot on. During 1970 the reggae beat slowed a little as the boom bottomed out and this album reflected that change of emphasis towards the mid-pace more than its predecessor. Even so, Music Alone Shall Live still had the drive and pizazz of the Skin stompers, but within a more measured, soul/reggae bent. In fact this LP shows Edwards’ vision was influential on others as he certainly had the mid-70s pop reggae sound down five years early.

The results of this forward thinking can be heard throughout disc two. Taking the album itself first, the brassy groove of the Meditators’ title song is really a high quality Rocksteady update or possibly a template for Lover’s Rock. Joe White (ex-Leaders, where he sang alongside Ken Boothe) is another less familiar name and he shines on his two offerings on Music…. and has a couple of smart tracks among the bonuses too. The pick for me is the Rivers Of Babylon-quoting This Is The Time, where the deep gospel/soul influence in his voice is much to the fore.

Edwards brings in steel drums on the Concords’ Buffo and Sharpen Ya Machete by the All-Stars with Winston Wright. Sharpen is followed by the mighty Herbert Spliffington, a stoned instrumental/toast version that even gets a follow up in the form of Return Of Herbert Spliffington, using the rhythm of Neville Hinds’ Young Gifted And Black (a bonus selection on disc 1).

If anything the bonus tracks on disc 2 are substantially more speedy than the album’s more laidback tunes. Winston Blake’s The Big M Thing is another DJ toast with an insistent dance pulse and Handicap, which presents itself as a parody of a horse race commentary, also hits the mark. Dobby Dobson is back with another soulful scorcher in Cry A Little Cry, where he comes on like a reggae Sam Cooke and the Concords follow that in a similar mode on Don’t Let Me Suffer. Fittingly Rupie himself gets the last word, doing a good job of DJ toasting on Census Taker, which takes things back to the start by being cut against the You Can’t Wine rhythm.

Rupie Edwards certainly had his finger on the pulse of Jamaican music at the time of these albums. He was innovative in his use of proto-dub techniques, but canny enough not to overuse them, so his platters were still good for the dance. Both discs presented on this new collection are bulging at the seams with great reggae dance tunes, fine musicianship and brilliant singing. It’s more or less everything a 60s/70s reggae fan could ask for. Rupie was always forward-looking and this stood him in good stead as times changed, and he even managed to rack up a couple of UK hits in the mid-70s. But here is where you can witness him in his prime, with a galaxy of skilled artists. You Can’t Wine/Music Alone Shall Live is to hear a musical alchemist at work.