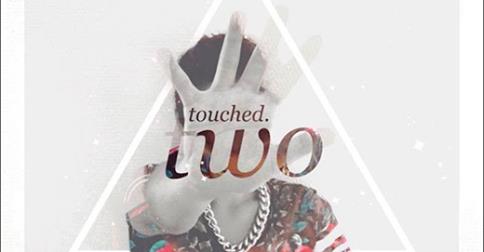 The ‘Touched’ music series, which we wrote a news piece about last week, reaches its climax with a behemoth compilation containing over 250 songs.  Simon Tucker reviews.

This is the ninth release in the ‘Touched’ series, a collection of releases aimed at raising awareness and donations for the Macmillan Cancer Support charity. The brainchild of electronic producer Martin Boulton (Min-Y-Lan) Touched sees a number of established and up-and-coming electronic artists donate time and a track (many of which are previously unheard) as a way of showing their support for the cause. So far the series has raised nearly £7,500 and with the calibre of artists included on this release that figure will only continue to rise.

Artists included on this release include: Mr C, Orbital, 808 State, Machinedrum, Plaid, Radioactive Man plus another 200+ making this an essential purchase for anyone with a remote interest in any form of electronic music.

Now, it would be misleading of me to have claimed to have listened to everything on here (that’s going to take me to 2015 I think) but the sheer quantity on offer here is this compilations main selling point. Techno, Ambient, House, Acid are just a few of the myriad genres on offer making Touched: Two something that’s not suited to a one-sitting listen. This is a compilation that is to be dipped into over a period of time, letting its kaleidoscopic beauty unfurl. If I was to single out some highlights, it would be the static gonzo of Authechres’ Spl47, Christs’ seducticve Unfolded Protein Response, or Machinedrum’s twisted Dubstep roller Itsgod. These are not even the tip of the iceberg as Touched: Two is a constant delight which plays like an aural selection box, one that you don’t feel guilty about gorging on. The only slight gripe is that there doesn’t seem to be enough Drum and Bass represented here, but that’s pure personal preference.

In the end, Touched: Two is a fine way to sign off the series. Everyone involved (especially Martin) needs to be given mass amounts of credit for creating something that is not just a cheap charity compilation cobbled together by people looking to increase their public profile by “doing their bit for charidy man”. Every track I’ve heard is of exceptional quality and the fact it’s been done with grace and dignity is a lesson to all. Especially the main protagonist behind another recent charity release.

THIS IS HOW IT SHOULD BE DONE!

Buy it now from Bandcamp.

All words by Simon Tucker whose Louder Than War author’s archive is here. Simon can also be found on Twitter as @simontucker1979.