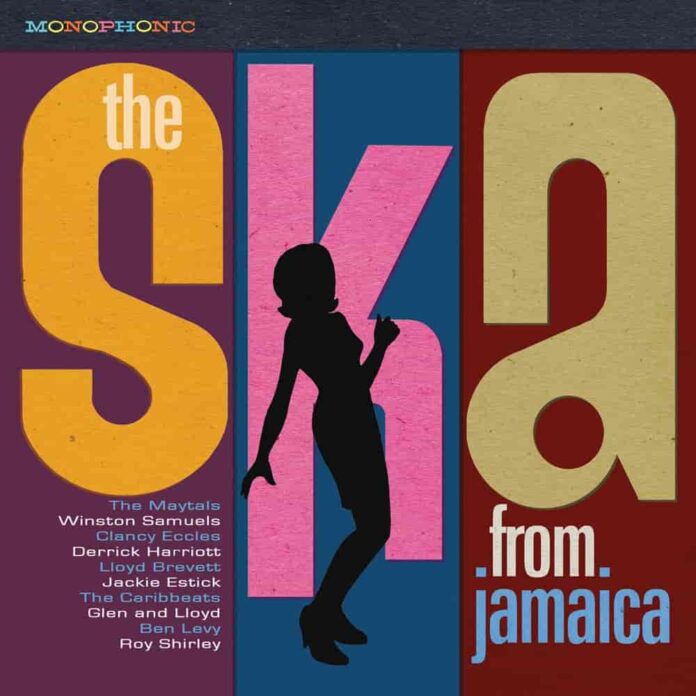 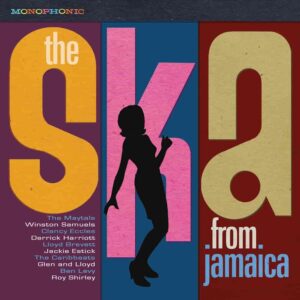 The Ska From Jamaica

Reissue of rare Lindon Pottinger-produced 1966 LP that never got beyond the planning stage at the time, with another 47 cuts from the Pottinger archive spread over two discs…LTW’s Ian Canty wonders what the lesser-known of Jamaican music’s power couple had up his sleeve…

As the years pass, Lindon Pottinger’s 1960s ska music dabblings have become something of a footnote to the long and highly successful production career of his erstwhile partner Sonia Pottinger. As Lindon retreated from music around the same time as this mooted, but ultimately unreleased The Ska From Jamaica album in 1966, Sonia took the baton and went on to a far greater degree of glory all through the rocksteady, reggae and roots eras. But the fact is that Lindon left behind a string of hits when he decided to step away, utilising the abilities of a glittering array of talent to stunning effect over a five year stretch.

Lindon Pottinger was a fully qualified accountant by trade, but started in the music business in the very early 1960s by establishing a studio at his own home with wife Sonia. This was important, as it was the first black owned studio in Kingston. It was from here that the pair would launch their labels SEP, Golden Arrow and the most successful outlet for Lindon’s productions, Gaydisc. It is unclear how much of a part Lindon took in the studio sessions, i.e. whether he was a “hands-on” producer or did he put up the money and let an engineer deal with most of the musical side? Information about Lindon is scant to say the least and after his parting of the ways with music production and Sonia, near non-existent.

The 59 tunes here don’t deviate much from the standard ska sound of the time, apart from an ear for a smart guitar overdub. Clive Bonnie’s Seed You Sow is a good example of LP’s ska productions, embellished with this twangy picking, resulting in a neat mix. Also Lindon still recorded Jamaican folk music mento and rhythm & blues too during the ska years, something Sonia may well have been responsible for, as she later persevered with these sounds in the face of the prevailing fashions and trends.

The actual album The Ska From Jamaica appears to have been the brainchild of the London-based R&B Records, gathering its content from single sides issued on their Ska Beat imprint over the two years before the record’s proposed release in 1966. A quality selection of Lindon Pottinger recordings, it is still unclear exactly why it never saw the light at the time. Ska’s fall from grace and supersession to rocksteady may have been a factor.

Despite its non-appearance at the time the 12 tracks of The Ska From Jamaica which make up the first portion of this 2CD set, provide a top quality collection of frantic, non-stop solid dance grooves right from the beginning to the very end. The Maytals put in a typically lively performance on the self-penned Let’s Jump and Clancy Eccles breezes through Sammy No Dead in his usual, effortlessly cool fashion. Derrick Harriott’s Monkey Ska cuts it as a storming dance tune and Bobby Aitken & The Carib Beats turn in a classy ska instrumental in their repositioning of oldie The Bells Of St Mary’s as Ska Mary. But there are really no “misses” on The Ska From Jamaica. Lloyd (Robinson) & Glen (Brown) and Roy Shirley & Ken Boothe turn in soulful duets in Too Late and Paradise respectively, both excellent signs of things to come with the advent of rocksteady. But otherwise we’re firmly in driving beat territory. I found this recording a true, sunny tonic to a damp autumn morn.

One of the great things about these Doctor Bird sets is that often a light is shone on more obscure, but very deserving, talent. Winston Samuels, who had first recorded for Coxsone Dodd in 1961 and was also one of Desmond Dekker’s Aces, delivers a great piano/horn boogie and wise musical lecture in Time Will Tell on The Ska From Jamaica. He also features several other times throughout the set and didn’t fail to please me once with his lucid and relaxed vocal style. In amongst the extras, his My Bride To Be is brassy and full of life and Broken Hearted cleverly substitutes horns in the place of backing vocals, which works like a dream.

Away from the album itself, the 18 bonuses on disc one show some strength in depth. The Charmers’ My Best Friend has that lovely jazz-influence flowing through the ska sound and Chelip Chelip by The Originators is a manic and appealing Maytals-type dance tune. Talking of whom, Toots, Raleigh and Jerry show their r&b smarts on Joy And Jean, something they return to on disc two with My Darling. Ben Levy also stretches out in the same style on the weepie Never Knew Love, the flipside of the more ska Doreen (featured on The Ska From Jamaica) and we get an authentic shot of mento with Count Lasher’s Dry Weather House. Jimmy James, who would later cut a dash through the London mod scene with his band The Vagabonds, does well on the touching Your Love and Roy (Panton) and Yvonne (Harrison) show some nice chemistry on the jumping duet Tell Me.

The second disc of this set brings us a further 29 Lindon Pottinger produced cuts, taking us right up to the time he put out some proto-rocksteady tunes just before he quit music for good. This gives us a nice variety with ska and r&b/soul numbers well represented too. Some prime cymbal flourishes mark Roy & Ken’s enjoyable vocal joust Calling and Jackie Estick’s tasty Daisy is a good showing from the r&b veteran who had been recording since the late 1950s. Baba Brooks lets his abundant trumpet skills do the work on Mattie Rag and Lord Creator’s Rascal Boy is a real old school ska treat.

Guns Town by Clancy Eccles is the first sign that ska was being superseded by rocksteady and also of the anti-rude boy message that was such a part of the new beat’s emergence. The Originators’ super cool and soul-flecked Hot Iron follows and Rudies Give Up by Lloyd & Glen, with its languid groove, shows Lindon was right on the money with the fledgling new sound. The Cables, a trio of Keble Drummond, Vincent Stoddart and Elbert Stewart, had the pedigree of recording at Studio One and their Fast Mouth is a smooth and lovely skank very well sung. Bobby Aitken & The Carib Beats bring things to a close with their Orange Street Special, a fine instrumental helped on its way by a cracking guitar sound.

Lindon Pottinger pretty much disappeared after his split from Sonia, selling some of his recording equipment to Duke Reid who was setting up the Treasure Isle studio at the time. One presumes he went back to accounting activities, something that was his stock in trade prior to his musicial success, but it is unclear. The Ska From Jamaica is a great companion piece to last year’s Lord Tanamo & Friends 2CD Festival Jump Up (reviewed here), which featured more of Lindon’s work. When ska’s beat finally slowed after a long run of success he was off, but as The Ska From Jamaica shows, in the short time Lindon Pottinger was in the production game he turned up a fair percentage of gems.