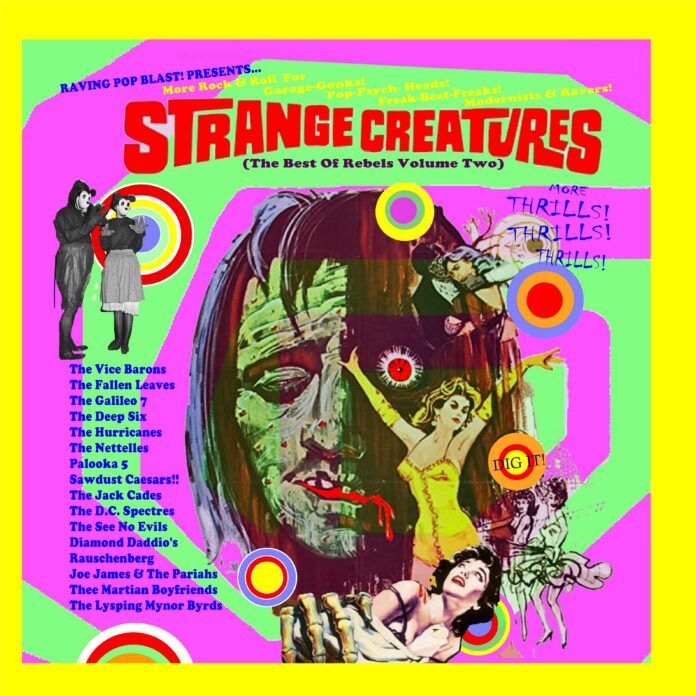 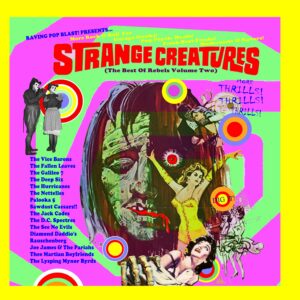 When Ged Babey reviewed the new record from The Mudd Club (now almost sold out of its second pressing, so get in quick!), tucked away at the bottom was a plug for a new compilation from the same label. On the strength of The Mudd Club album, this record definitely called for further investigation, and a quick scan of those included sees a couple of names jump out, The Jack Cades, with a faithful version of The Byrds’ Feel A Whole Lot Better, and The Galileo 7, with a cracking lockdown version of Mystery Train from their 2017 Damaged Goods’ album, Tear Your Minds Wide Open. It’s such a great tune that feels immediately recognisable, like an early lost Who classic.

But, as I’ve said before, the joy of any compilation is in discovering the bands that have slipped through your net, and Strange Creatures is packed with some great tunes. From the opening grooving surf of The Vice Barons’ Shark Faced Suzy through to the 60s-inspired dream-psych of Rauschenberg’s Skypark, the compilation’s sixteen tracks cover a great mix of garage, freakbeat and psych.

Raving Pop Blast! are yet another label that is keeping the garage flame burning brightly. Their Mudd Club album is selling out over and again, and this Strange Creatures compilation is yet another gateway to some outstanding bands. One to go back to again and again.

Strange Creatures (The Best Of Rebels Vol. 2) is available now on Bandcamp.