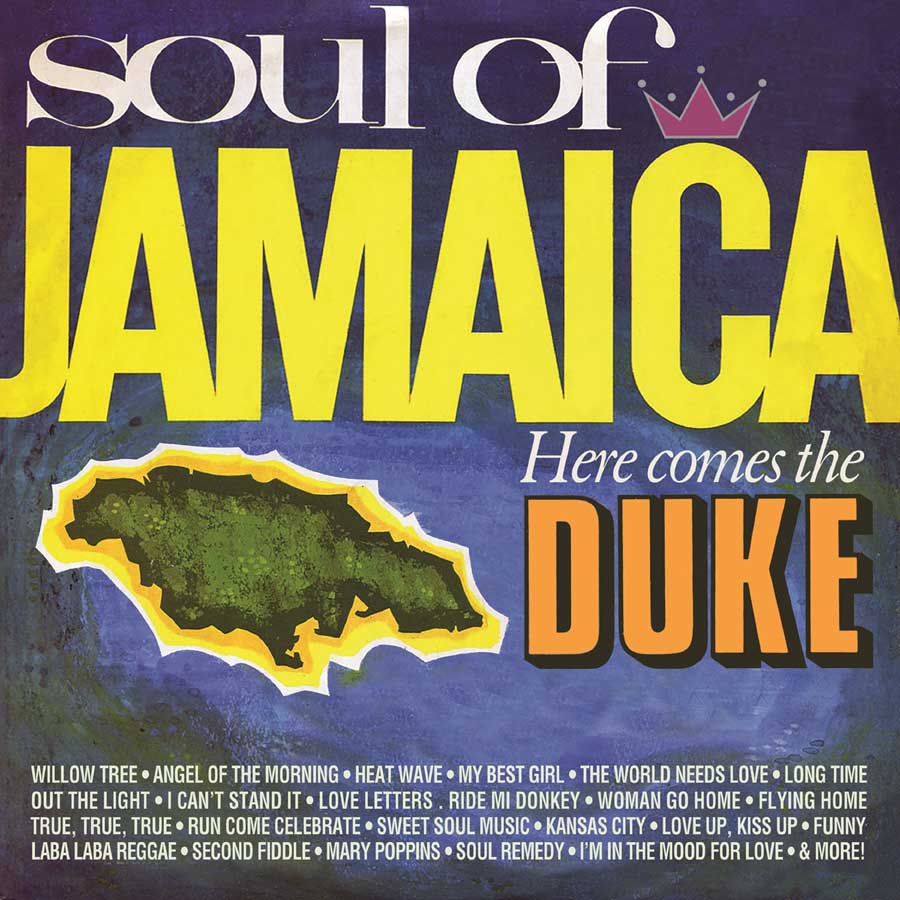 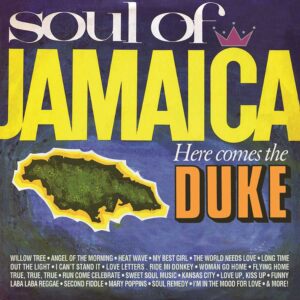 2CD reissue encompassing two 1968 selections from the vaults of Duke Reid’s Treasure Isle label, originally among the first releases on Trojan Records…..LTW’s Ian Canty ponders how an uncompromising ex-Police Officer battled his way to the top of the Jamaican music scene….

One thing you couldn’t accuse Arthur Reid (aka Duke Reid) of was ducking out of the hard work needed to scale the heights in the Jamaican music scene. He laboured tirelessly on recording sessions and was known as a perfectionist who spent countless hours in his studio ensuring the quality of his recordings. He knew that if you put in the time and effort you got the reward, which set him apart from less committed rivals. Around 40 years old before he made his first moves in music, he was experienced in life and well equipped to deal with the less savoury side of Kingston’s thriving music scene. He was also far-sighted enough to recognise that home-grown talent was needed to take over from the imported discs from the US that ruled the sound systems in the mid-50s and in doing so created the Treasure Isle label which spawned hit after hit. It was a bold move to take a chance on a mid-life change of career, but Duke Reid was all about bold moves….

Duke was a Police Officer for many years, but left the service in order to assist his wife Lucille in running the Treasure Isle Grocery And Liquor Store, on Bond Street in Kingston. Finding that he still had some spare time, he soon began using all of his wiles to establish himself as a Jamaican sound system operator, which was named after the Trojan van he used to lug his equipment to each venue. Often there were claims of unscrupulous methods being used to gain the upper hand (his usurping of Tom the Great Sebastian’s position of top dog on the Sound Systems being a case in point) and the Duke was seldom seen without his trusty pistols. Indeed a photo in the accompanying booklet to this new collection shows him posed thus, with his side holster and gun. What was undeniable was that “Duke Reid The Trojan” quickly became the top sound system in the whole country.

The Duke had a natural appreciation and knowledge of the Blues and seeing that imported US R&B drove the island’s scene in the pre-Ska days, that gave him an advantage in this new age. He sourced the best that America had to offer, getting new discs from the Jamaicans who decamped to the nearby US awhile for work and this helped to maintain the freshness of his sound and his top spot as a DJ. From there, it was but a small leap into record production. Towards the end of the 50s a wooden studio was constructed above the Treasure Isle store. Starting with producing home-grown Blues and Jazz artists, he was initially non-plussed by the Ska fad, but was eventually won over and mastered that driving beat. Treasure Isle produced some top Ska sides, but it was when the beat slowed in Rocksteady that Reid really found his groove.

Like all the early successful Jamaican producers of the time, Reid had his own retinue of top notch musicians on hand to provide appropriate backing to his vocal acts. Reid had Tommy McCook and the Supersonics, led by the Ex-Skatalite saxophone king and featuring teenage drumming sensation Paul Douglas and bass man Jackie Jackson among others. They could be relied on to supply white hot musicianship for any occasion and during the Rocksteady era they had a chance to stretch out and show their Jazzy chops with the less frantic pacing. On hand in the vocal department were stars the stature of Alton Ellis, the Paragons, Phyllis Dillion and the Techniques.

Joya Landis opens up Soul Of Jamaica with a really good version of the old chestnut Angel Of The Morning and McCook and the Supersonics add a splash of R&B to their hot instrumental Heatwave. The Paragons (including John Holt in their number) bring their tip-top voices to bear on the sparkling Reggae love song My Best Girl, they really were suited to Rocksteady and the slower pace.

Alton Ellis was clearly one of Treasure Isle’s brightest stars and he shines here on the quite brilliant I Can’t Stand It. Built around a gorgeous, lazy horn part and a relentless rhythm, the song itself is one documenting inner turmoil despite its seemingly sunny sound. It stands out and was also is clearly nudging towards the Reggae sound that would be everywhere 6 months later. Phyllis Dillion was Alton’s female counterpart and they come together on the old Kitty Lester slowie Love Letters, not Reggae at all, a simple, old-fashioned love song that wins because of the two singers undoubted abilities.

We get 14 bonuses on this disc and the stand-out numbers for me were Tommy McCook’s Our Man Flint (though the tune has nothing to do with the film theme, this was actually a Reggae-fied Dean Martin number!), the Silvertones’ lively rendition of Old Man River and an austere but sweet Peace And Love by the Jamaicans.

I think Here Comes The Duke has the slight edge on Soul Of Jamaica. I’m particularly taken with the mad instrumental section on what must have been side two of the original LP. What seems to be two tributes to Julie Andrews (Tommy McCook’s Regay aka Lonely Goatherd from The Sound of Music and Mary Poppins by Danny Simpson) sandwich Second Fiddle by the Supersonics, a Reggae version of The Popeye theme! Another highlight is the Gladiators’ organ-led Reggae roller Sweet Soul Music, they would go on to be one of the top acts on Virgin’s Front Line label a decade later. The Soul Lads have a couple of decent tracks in Funny and I’m Yours Forever – in fact this was the Clarendonians under a pseudonym, featuring Freddie McGregor who would hit the UK top 10 nearly 20 years on with Just Don’t Want To Be Lonely.

As I’ve always had a soft spot for Joya Landis’ Moonlight Lover I was happy to see it included as a bonus, this American born singer doing a great job on this cool as ice groover. Though John Holt was clearly a star in the making, he doesn’t make either the Soul Of Jamaica or Here Comes The Duke LPs as a solo entity, but happily he has a couple of tracks added as bonuses to the latter. The soon to be “Cool Ruler” shines on Tonight and Maybe Someday, backed by the Paragons on the latter. The Techniques do a lovely version of the Temptations I Wish It Would Rain and the Sensations’ I’ll Never Fall In Love is a pearl of languid Rocksteady.

Though Reid lost some ground when the Reggae sound took over, he gained the upper hand again at the dawn of the 70s with his productions of U Roy’s pioneering DJ talkover style. Ironically a lot of the rhythms used for these platters had already seen service for Reid during the Rocksteady years. As the 70s went on though the Duke suffered from ill health and as he was not favourably disposed to Rasta, Treasure Isle drifted more towards the backwaters, far away from the cutting edge Dub productions that were now the in thing. Near to death, he sold the label in 1974 to Sonia Pottinger.

Though Duke Reid’s productions were not as “out there” as some JA producers, they didn’t have to be with this level of talent on show. His output in this period trumped the opposition through sheer quality and an eye for detail plus fearsome work ethic also served him well. On the two albums and associated tracks presented here he was at his peak, coaxing great performances out of his players and vocalists. More often then not the Treasure Isle insignia on 7 inch vinyl was a mark of quality and this collection does a good job of compiling the best from the Duke’s considerable laurels from the height of his production in 1968. Beautiful listening for the height of summer.