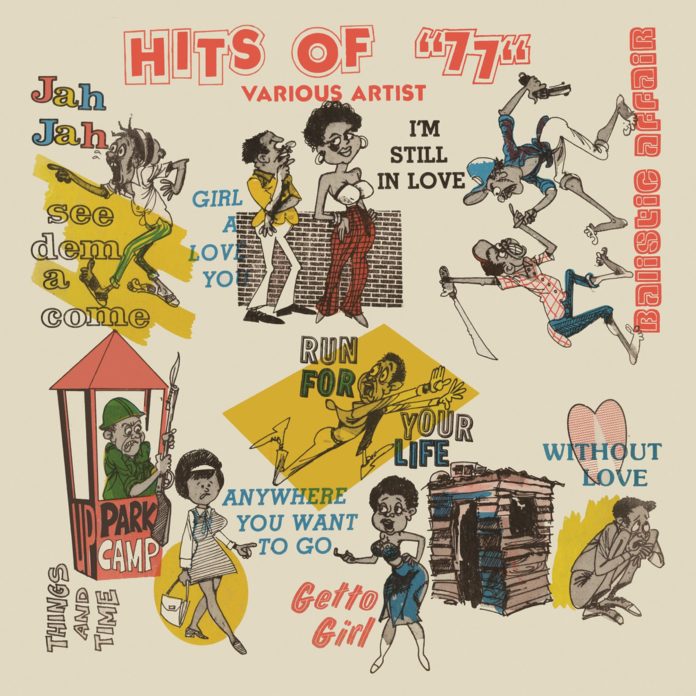 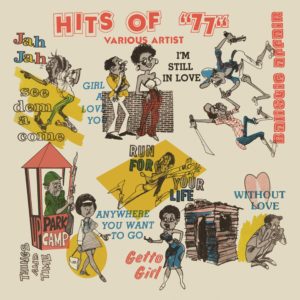 Rare Sonia Pottinger-produced album that brought together some of the big reggae hit songs of the year 1977 rendered by artists from her High Note label’s roster. Making up the rest of this 2CD set are 34 bonus tracks recorded around the same time by artists that were part of the imprint. Ian Canty ponders another side of 1977, a very good year.

By the mid-70s reggae music had bounced back out of the doldrums of the earlier part of the decade, and as 1977 approached it was about to get another shot in the arm. The UK, whose mods and skinheads had gleefully eaten up Jamaica’s musical greatness in the late 1960s, had a new movement that had a taste for the dub and roots tunes then highly popular on the Kingston music scene. Spurred on by the Clash, Slits and J. Rotten Esquire, there were tonnes of spiky tops just itching to get their hands on some authentic reggae action.

Meanwhile Sonia Pottinger had built her High Note label into a successful imprint, having issued records by such artists as Bob Andy, Culture and Marcia Griffiths. It has to be said though that none of that “big three” are present on this set, but Hits Of ’77 was and remains a bit of an enigma. The idea was to have some of High Note’s popular singers and groups cover recent hit songs. This could have smacked of those “Top Of The Pops” cheapo albums, but then you have to bear in mind we’re dealing with a whole different and higher level of talent here.

So even though this wasn’t quite the real thing, was it near enough perhaps for some of the punk rockers to take at face value? Released on Sky Note in the UK at around the time, there’s a chance that happened, but I don’t think that anyone could reasonably complain they had been ripped off. This new collection, with 34 extra tracks from the same timeframe, offers up a good compendium of roots, dub and pop reggae sounds of the mid-to-late 1970s, even if the songs are presented in unfamiliar versions. It’s smart work, from the fun cartoon sleeve inwards.

Backed by a crack studio outfit including Sly Dunbar, Vin Gordon and Ansell Collins, Turnell McCormack And The Cordells kick off Hits Of ’77 with a feelgood-roots take of John Holt’s biggie Up Park Camp. Albert Bailey and Clifton Howell, otherwise known as Earth And Stone, cover Culture’s conscious epic Jah Jah See Dem A Come effectively, as well as Delroy Wilson’s lively Run For Your Life. Ronnie Davis (also in the Itals, who feature later on) also does sterling work on another classic Delroy tune Ballistic Affair.

Maureen Pearson, whose fortunes would rally with the advent of the digital era, does a pretty good job on the old rocksteady favourite Alton Ellis I’m Still In Love (the hit cover was by Marcia Aitken) and the Itals’ soul/roots treatment of the Things And Time by the Wailing Souls is very satisfying. The playing and singing is top notch throughout as you would expect, so even though these takes don’t surpass the originals, for the most part they are pretty groovy fare indeed.

There are another twelve tunes appended to this disc and these items move away from the concept and the less familiar sounds are riddled with interest. Well, Pleased & Satisfied were an obscure vocal trio comprising of Ephraim Baxter, Hugh Lewis and Paul Johnson and they impress on two self-penned songs Pickney Have A Pickney and Sweetie Comes From America. U Roy is of course far better known, but this doesn’t make Merry Go Round any less than a great DJ stormer. In a similar vein Mr Bojangles does a great job on Natty Dub In Dreamland, a fine toast with cool dub touches.

African Book by King Vupp provides a contrast to the roots reggae sound that dominated the time, mento flavoured and all the better for it. Al Brown, a sometime member of Skin, Flesh And Bone, delivers a peach in Sitting Here In Limbo and the Prince Brothers pull out a deeply soulful rendition of their song Jeremiah. Together with the Hits Of ’77 album, this all makes for a more than decent survey of the hot reggae sounds of the year.

But there is more to investigate, as on disc two we also receive another twenty two Sonia Pottinger productions dating from 1976-77. A couple of tracks are, shall we say, products of their time with regard to subject matter, with David Apple’s lyric on Married Woman being a bit nasty – a shame as musically it is good stuff, with a solid dance rhythm. Away from that, the proto-dancehall of Ranking Joe admirably demonstrates why he would have further success as the years passed and the light and melodic groove of by An Aim In View by Roman Stewart is just lovely. The Prince Brothers return to mix a little mento into their Ram Jam, with King Vupp more firmly in that mode on another cool effort entitled Rucumbine.

Some compilations peter out but I have to say that, bar a fairly standard reggae reworking of When A Child Is Born by the mysterious Eric Tello, the final section of this disc is possibly the best, with wall to wall great tunes. Owen Grey’s fantastic The Children A Cry is a must hear for any reggae buff, slow, righteous and spiritual, and Mr Bojangles follows in the footsteps of the Pioneers with the witty spoof horse race commentary of Election Derby. Lava by the Soul Syndicate is a brilliant instrumental powered with an enviably tight rhythm and Ken Quatty has an entertaining and cool DJ/dub cut in Where It’s At. All of which provides a great ending to this collection.

Sonia Pottinger may not have been as “out there” or trendy as some of the reggae producers active in 1977, but she did everything well and with a real touch of class. She wasn’t afraid to swerve reggae entirely and record mento artists, or blend in other styles seamlessly to the then current roots sound. This makes the two discs of Hits Of ’77 a real treat. The album itself may certainly have been a bit of a curveball, but the quality of the selection offered by it and the bonus tracks is clear for all to hear.