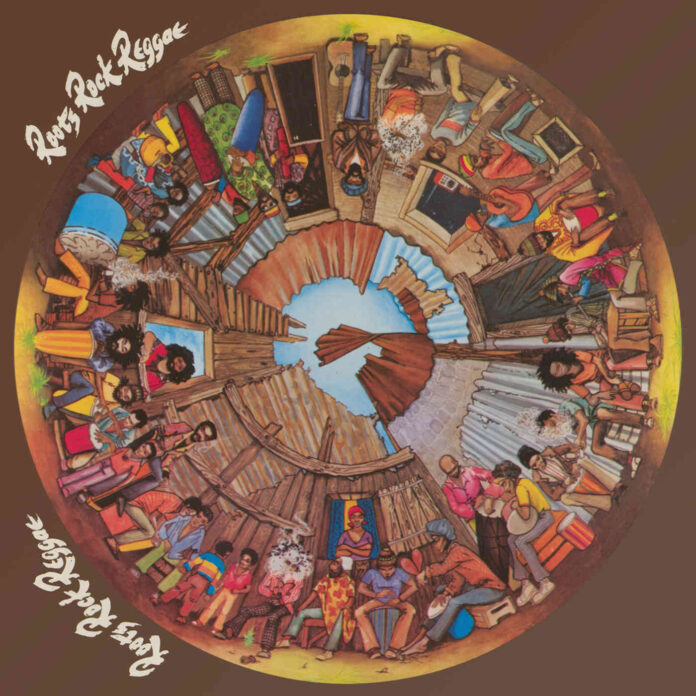 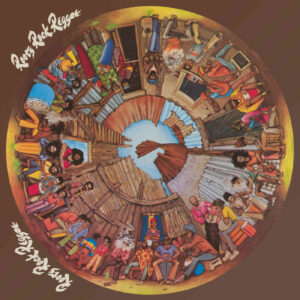 Reissue of the 1978 compilation originally released by the Savannah label which highlighted Phil Mathias’ Big Phil and Revue imprints, which featured such artists as Leroy Smart, Delroy Wilson and Sugar Minott… this release comes with many bonus tracks of 12 inch dub plates.  Ian Canty gets right down to the roots of the matter.

The Big Phil/Revue Records catalogue doesn’t get much recognition these days, but as Roots, Rock, Reggae proves label boss and sometime producer Philroy Mathias must have been doing something right. Phil was born in Portland, Jamaica in 1943 and moved to the UK in the late 50s. He was obsessed with music and had his first dabble in recording with a couple of sessions were set up by his uncle, under tutelage of Sonny Roberts. One even took place at Chris Blackwell’s Island studio. After that it was some time however before he got back involved in music in 1975, when he launched Venture Records in partnership with Barrington Rowe.

A trip back to Jamaica in 1977 arranged by his friends Byron Lee and Barry Biggs would provide the starting point for his renaissance in music, just as Venture Records ran down. There he would meet many legendary names in Jamaican music and subsequently work with them too. The trip was also the catalyst for a fortuitous meeting with Fil Callendar, who in partnership with Mathias would help spawn some of the best of the work featured here. Callendar’s band the In Crowd became Mathias’ “go to” backing outfit, though he would also use the talents of Lloyd Parks and Sly and Robbie on occasion too. He launched his Big Phil and Revue labels and utilised a fine crop of talent and carefully selected which studio was used to get the right sound for each track.

Creole Records was first established through Trojan by two members of their Commercial Entertainments arm, but became the label own separate entity in 1975. It had some success with pop, soul and disco singles and still maintained a strong interest in reggae, if seasoned by a lot of more “novelty” recordings too. Roots, Rock, Reggae was originally seen as the second and final volume in a series launched the previous year. The previous edition had big hits from the likes of king of rocksteady Alton Ellis, toaster Trinity and Delroy Wilson (the latter two feature on this new compilation too), but only dipped into Phil’s archives with the In Crowd’s We Play Reggae.

Volume 2 however would be exclusively culled from the Big Phil and Revue catalogue. They were not all Mathias’ productions though and unlike some producers he always credited the actual person behind the boards, rather than take all the glory for himself. Creole activated the Savannah subsidiary for the album’s release and it would be the only long player to see the light of day in its brief lifetime. This set is virtually wall to wall joyful grooves in the sweet and sunny reggae mode of the late 1970s, with dub innovations worked skilfully into the mix. Chief among them is Callendar’s own Baby My Love, judged by Mathias to be his finest achievement in music.

The album begins with the In Crowd’s feelgood anthem Riding High, which also saw single release on Savannah. The sheer quality of talent that Phil had on call was stunning: Cornell Campbell provides the excellent social commentary of My Country, the perfect complement to Junior Murvin’s classic Police And Thieves and Delroy Wilson scores big with the solid-gold Consider Yourself. Soon to be a chart star (Good Thing Going in 1981) Sugar Minott offers the sweet peace and love vibe of In The Residence and Ranking Joe’s DJ toasting was clearly in ascendance on his great Think About Tomorrow.

Roots, Rock Reggae is not all about big names though. The mysterious Minderbenders (no link to the Wayne Fontana band) offer the cool vocal group sound Black Beauty and the Main Attractions’, who apparently were a duo of Michelle Thompson and Sharon Jones, provide two fine items in Jam Up Jam Down and Once Upon A Time. The latter in particular is a classy proto-lovers rock tune with a lovely organ glide.

In addition to the Roots, Rock, Reggae LP we also get six bonus tracks from the Big Phil/Revue vault on disc one. It is here that Bim Sherman enters the fray, with the budding reggae legend featuring on the self-produced 12 inch mixes of Why Won’t You Come On and Lightning And Thunder, the latter a beautifully sung and tight skank. Leroy Brown’s Blood A Go Run is full of soul power and has a neat dub section and the Majestrians’ (who featured singer Don Dacres, the cousin of Barrington Levy) So Many Times is a great dance tune, but really there isn’t a weak link on any of the 20 offerings on this disc.

Disc 2 here is entitled Island Music and features the top sides of the remaining three Savannah singles, plus some other Big Phil material. Most of these are extended versions with lengthy and cool dub workouts attached. Bim Sherman shines again with disc opener Golden Locks, a great roots rock number performed with taste and passion. The almost rocksteady throwback Press Along, debut single of Wellesley Braham aka King Abraham, is a real treat to the ears and veteran singer Freddie McKay and DJ Trinity link up well on the pop reggae of When You’re Smiling.

I will say that Jah Ruby’s Road Traffic Law is positively the best Highway Code/Rasta crossover ever and the following Natty Dread A Weh She Want by George Fullwood (who also played bass in Peter Tosh’s band) a real roots classic. The disc ends fittingly with Fil Callendar’s Island Music, a sunny reggae effort that provides the conclusion to another late 70s roots reggae treasure trove.

After this and a disastrous spell for the In Crowd with Island Records, Phil Mathias retreated from music again. He would however return with the massive 1985 hit I Wanna Wake Up With You by Boris Gardiner, which he licenced. This song went to number one in the UK and was the third best selling single there of the year. Another period on the side-lines was broken by a successful time producing Shalom at the start of the 21st century. Today he isn’t active as a producer, but played a big part in this collection coming together and is interviewed at length in the sleeve notes. Roots, Rock, Reggae manages to satisfy by having the harder roots sound alongside more overtly pop and soul reggae cuts. Phil Mathias had his finger on the pulse here and drew on a glittering array of talent at the top of their game. Roots didn’t get much better than what is on display here, a fine collection indeed.