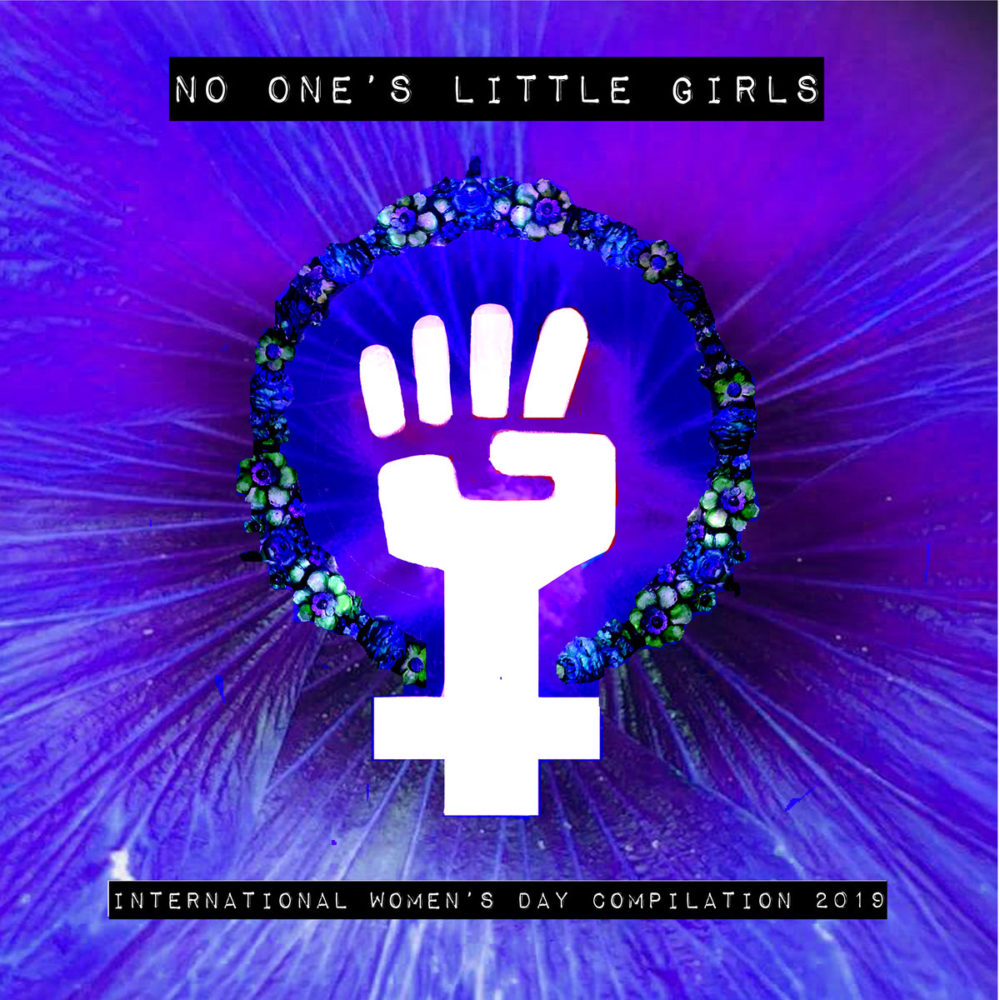 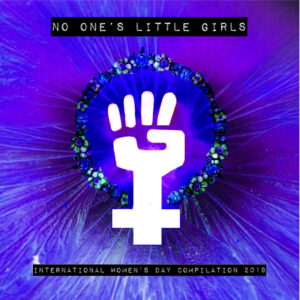 Various Artists – No One’s Little Girls (Grow Your Own)

Grow Your Own Records gathered together 16 acts from across the DIY punk and alternative music spectrum demonstrating the diversity of women led bands on today’s underground scene, while at the same time raising money for grassroots women’s charities. Louder Than War’s Nathan Brown says it’s important in more ways than one.

We live in times in which casual misogyny in general is on the rise (no, it’s not fucking banter), gender pay disparities are headline news, the far right are on the rise and on the street, and there has been an alarming increase in reports of women being groped at punk gigs(!). The demand for angry wimmin’s voices is evident in the success of Bikini Kill’s recent Brixton appearances and the success of bands like Petrol Girls. It is clear there is a new generation of riot grrl, but the original women who made a splash in the punk universe never went away, and nor should they. This album is important for these reasons and more. All the contributors to the record have female singers and in many cases are all women bands. Play this compilation and you will hear women’s voices singing about what they wanna sing about. The label itself has a woman sharing the helm of the label, of course (in Hagar The Womb and Anthrax guitarist Steph Summer). Women have always played a pivotal rather than tokenistic role in punk as far as I was concerned but my view isn’t shared unanimously. Perhaps this record can serve as a reminder to the punk community of our roots and a sign of what our future holds. Whatever, it is worth picking up as a way of finding out about some of what’s going on.

That’s all very worthy but what you probably want to know is does it sound any good?  The album covers all points of the musical compass from the gnarly shouty punk rock of Bratakus and Combat Shock to the Ramones inspired pop punk of Werecats, and everything in between, interspersed with acoustic and more melodic tracks. Some names are well established, while others are ones to watch. Be aware that Grow Your Own have their finger on the pulse so ignore their recommendations at your peril.

Kiss Me Killer kick off with a mix of melodic/twangy punk and some raucous shouting about a shitty relationship. Something about this reminds me of old Scots punkers Toxic Ephex for some reason and there is a mean little bass solo that any fan of Hawkwind era Lemmy or the Electro Hippies will appreciate. Up next a West Country band who have received rave reviews from Louder Than War: The Menstrual Cramps. Rhythmic in a way which is reminiscent at times of the band No Means No – coincidentally that is the title of the track, so was that auto-suggestion? Tuneful and almost indie sounding they send a clear message about sexual violence. The spoken section at the end of the song details exactly how sex with someone who is drunk and has no capacity to consent is rape. It shouldn’t need saying but it does.

The way the guitars and bass work together on Hagar The Womb’s Visible Woman reminds me a little of post-punk bands like the Pixies. The song itself looks at how society still judges women by attractiveness rather than achievement and writes them off at a certain age. A call to arms or a celebration, the message is complemented with examples of older women role models on the Hags’ page of the lyric booklet.

Listen to Visible Woman by Hagar The Womb here.

Werecats take their cue from the Ramones and deliver up a prime pop punk tune without descending into the wacky bullshit that all too often ruins pop punk. It’s straight up 1234 Play! Being an occasional gardener, I *think* Strawberries is about slugs stealing strawberries but I guess this may be a metaphor. Calico’s acoustic guitar and soulful singing on Empathy stands out from the punkier offerings so far. Not my thing but they are good at what they do and clearly a talented bunch. The Black Death is a trio of young siblings with a largely acoustic song called Victory.

Another family affair, Bratakus drag us back into the world of punk. Thrashy hardcore, with an acerbic edged guitar, delivered by 2 sisters and a drum machine. Open Your Eyes is a song I already know well as it featured on the Brats’ LP.  A melancholy little number called You Don’t Like Me by Alex Francis sounds like it’s played on a ukelele before Dog Shite belt out a great 2 fingers in the air to machismo to end the first side. Like the Bratakus song, Fuck Ya Rude Boy is one I know well as it featured on a previous GYO compilation single .

Sh!ts!ck kick off side B with a melodic, soft subdued sound but hard hitting words linking weapons sales, their use on women and children, refugees, starvation and a system that perpetuates global inequality. By contrast, Combat Shock kick off with a humourous Chris Morris sample before launching into bounce along 80s style punk with Mel delivering a gruff vocal attack on the lives people are expected to lead – job, mortgage, settle down, become brainwashed.

Mindframe provide the second track on the album to use the No Means No anti-rape message as a title, and again attack prejudice – making it clear it makes no difference what your gender or sexual preference, it’s plain wrong. A bit of a crusty punk ska number with high octane vocals. Also to be found on their Whiplash single on Grow Your Own. Louise Challice is a singer songwriter with an acoustic guitar and The Isolation is about being detained in the “hospital on the hill”. Chilling.

The Fleas are a band who imploded last year shortly after their 10″ came out on Grow Your Own. Popstar is a jerky jangly punk song with a hint of 80s bands like Action Pact, appearing to be about the narcissism that you come across among the musician community. That thing that makes some people arseholes and difficult to work with, but equally can make for some really interesting performers!

Ball and Strain by Punk Con Fusion has a very gothic sound combined with some thrashing about and immediately made me think of Decadent Few. I then found in the booklet that, yes indeed, the singer is Kay from Decadent Few. As someone who has been making a punk rock noise for 40 years and remembers what life was like before, Kay’s words in the booklet are testament to the difference punk rock made (makes?) to women “Females were not allowed to feel and express anger! Fortunately, punk rock became my personal liberator”. Something that people critical of the punk scene often forget. It ain’t perfect but it can make a difference!

If the title of Lady Wank by Pussy Liquor wasn’t a give away, the song makes it pretty clear what they are singing about, replete with orgasmic noises that make Orgasm Addict sound tame and lines like “My fingers are better than you, anything is better than you”. And there you have it. 16 songs that cover a broad range of styles, attitudes and ages but all women’s voices.

The album was originally released in time for International Women’s Day, I was just slow in getting hold of a copy, and it is still for sale now. As the Grow Your Own crew get fully involved in the production process, hand making covers and inserts, every record quite literally has their DNA on it. And if you buy the record it’s clear vinyl with purple splatter too!

Order the album from Grow Your Own’s growing discography on bandcamp.

Several of the bands from the album can be caught at this month’s Griffstock punk festival.