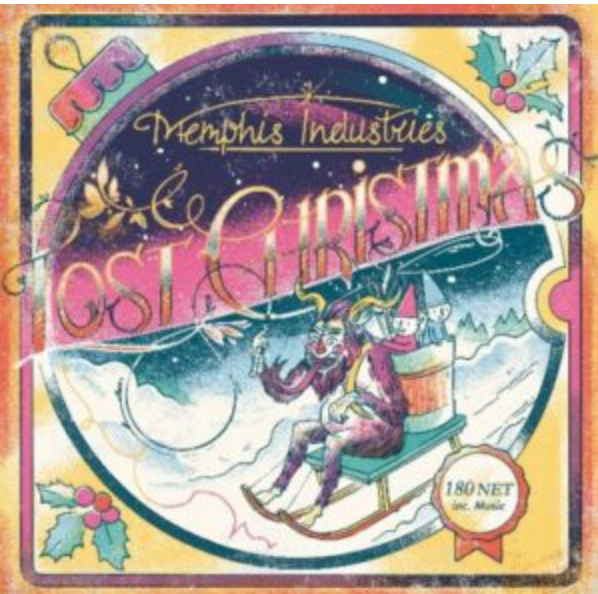 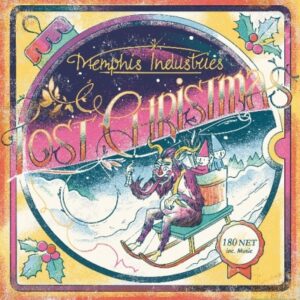 With a pun in the title, referring to a poppy Christmas anthem, the album lacks supposed bittersweet-ness. Instead, the record celebrates all impromptu aspects of unconventional Xmas 2020.

Heard through the festive audial “filter” of sleigh bells, the opening track by Field Music starts with a plaintive throbbing keyboard à la Mark Mothersbaugh. The allusion to the 80’s scene, e.g. Talking Heads, is not a surprise. The funky pulse has been beating in other works, including the band’s last album Making a New World and 45 by School of Language, the brainchild of David Brewis.

Musically, the compilation sounds coherent and maintains the mood till the finale. As a thematic record, it reminds of Dark Was the Night, released in support of Red Hot Organization, a charity project aimed at fighting AIDS through pop culture. In relation to Lost Christmas, an additional point to coherence is provided by the fact that all artists on the compilation are signed to the same record. That is Memphis Industries.

Undoubtedly, Lost Christmas is a festive compilation. Cheerful sound and occasional cling-clang imply lighthearted-ness. Yet, generally, the record does not intend to put a forced smile on your face.

Indeed, some songs advise that the best way to escape from reality is to accept it. Despite the controversial title, Good Enough For You This Christmas by Warm Digits gives a hint of a sincere Xmas bubbling that mind the circumstances but does not depend on them. The band immerses motoric beats and synth arpeggios into the mellifluous wall-of-sound texture. The sparkling vibration conceals the driving force for bobbing and tapping if not dancing.

Meanwhile, other compositions consider alternative ways of escapism, music-wise. Francis Lung’s To Make Angels in Snow is a nugget suggesting sweeter reminiscences of the ’60s. The song invokes euphoric baroque-pop sounds and the music-hall feel of The Kinks during their breakthrough in 1966. Yet, unlike Sunny Afternoon, you wouldn’t find it sardonic. Most instruments on the track were recorded by Lung himself, what, as he admits, was “a bit of an experiment”.

Whether you focus attention or play it as background music, the record reminds that there is always a chance to look at things from a different perspective. The cheerful train announcement in Home For Christmas gives a hope that there will be no delay this time.

Lost Christmas is available online and on a CD.