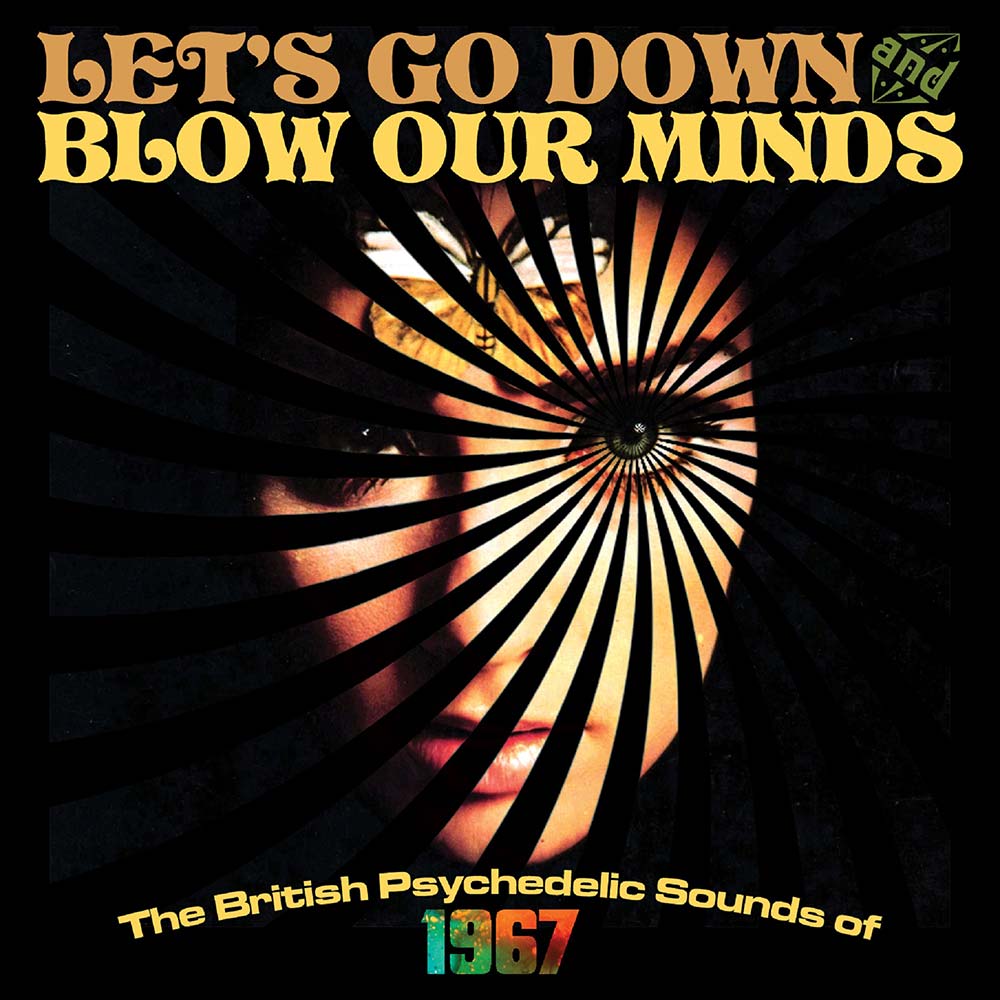 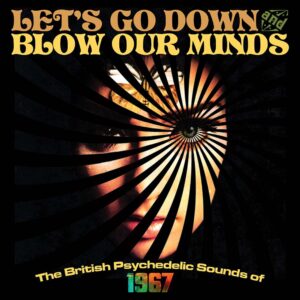 Top-notch psychedelic box set capturing the far out sound of 1967, focussing mainly on classic underground bands, such as The Pretty Things, Human Instinct, Tintern Abbey and Fleur De Lys, who blend with some who became household names later, such as David Bowie and Marc Bolan.

The psychedelic road has always taken many twists and turns, and this was just as true in 1967 as it is now. The art of a good psychedelic box set is balance and variety, and Cherry Red have definitely succeeded in both, as they did with their Love Poetry and Revolution box set, a couple of years ago. Every shade is included here.

Although Let’s Go Down deals mainly with the underground sounds of 1967, a few familiar-to-most names pop up, such as The Move (Vote For me), The Moody Blues (Life’s Not Life) and Dave Davies from The Kinks (Funny Face), all with lesser-known songs than the ones that made them superstars. And amongst the more underground acts, you can see how some of the featured selections echo their more famous counterparts. Take Turquoise, here under an alias, The Brood, with Village Green. It’s a different Village Green to the song by The Kinks, but it’s along the same lines. Bandwagon jumpers? Or did they record theirs first? Who cares: just enjoy the music!

And in a similar way, it’s interesting to see that during this time of high creativity and experimentation, certain records like say Rain by The Beatles or A Whiter Shade of Pale by Procul Harum set blueprints, forming their own sub-genres within the psychedelic spectrum. Check out The Mirage: Lazy Man and Rupert’s People: Reflections of Charlie Brown, respectively. And then there’s joyous freakbeat shenanigans from the likes of Human Instinct, with A Day In My Mind’s Mind –   from a totally different end of the psych spectrum

Balancing the rocking stuff with the more laidback, it’s great to see Jason Crest here under their previous name The Good Thing Brigade, with the lazy organ-fuelled My House Is Burning. You think you know Arthur Brown, he of The Crazy World and the God of Hell Fire? Think again! On Give Him a Flower, the wonderfully camp and distinctly English song of his on this box set, he sounds more like Kevin Ayers. And while we’re on the bonkers British tip, check out Granny Takes a Trip by Purple Gang

Marc Bolan pops up from his pre-fame days as a member of the Mod-psych warriors, John’s Children, with Desdemona. And speaking of pre-fame, David Bowie is here too as The Riot Squad, with Toy Soldier, a slightly dodgy ode to S&M, with lyrics that echo the Velvets’ Venus in Furs.

Far too many gems here to mention: hearing is believing. And as always with Cherry Red, it comes with great artwork & photos, plus all the information you need about the records, captured in a 44 page booklet. Some of the tracks are alternate versions and some are on CD for the first time. And it’s good news for those who already have an interest in the British psych/freakbeat movement, via compilations such as the Rubble series, because there is plenty of material here that won’t overlap, and no really obvious choices.