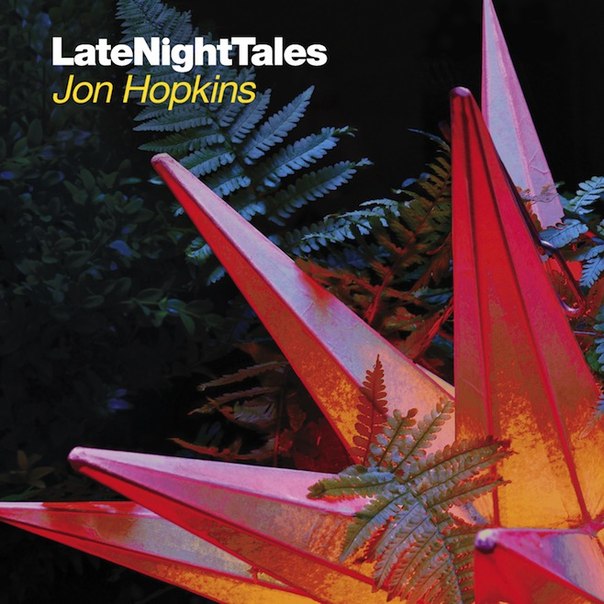 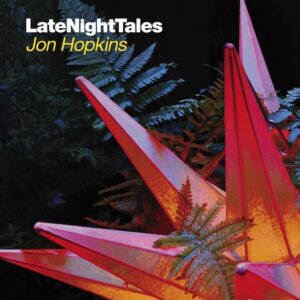 Due Out  1st March

The latest release in the Late Night Tales series has been curated by Jon Hopkins, and it’s so good Simon Tucker’s given it a perfect 10 / 10.

Spring time is soon to be upon us. The time of year where a universal sense of rebirth and new horizons seems reachable. It is a time where nature displays its awe inspiring strength and capability to regenerate. We as human beings are able to absorb and digest this seasonal change, awaking from our Winter lethargy, buoyed by time moving forward. By light greeting us on awakening and being there for us on our journey back home.

Summoning and translating this season is something artists have strived to achieve from year dot. Painters, composers, poets, and authors have all communicated this change in a myriad of different ways and in 2015 Jon Hopkins has, by collecting and structuring a set of songs, managed to succinctly captured everything that is wondrous, uplifting, and sometimes troubling about the Earth and its transformative  state.

The latest addition to the Late Night Tales series sees Hopkins  not fall into the trap that some others who have guest mixed for the label did by not selecting only songs that suit a late night mood. He has instead managed to create a narrative that works well at any time of day incorporating elements of folk, glitch, modern classical, and ambience (whilst also creating some new synth and piano parts to help meld the disparate elements together into a cohesive whole).

What we as listeners are treated to is a seasonal and jaw-droppingly beautiful hour and fourteen minutes that can invoke tears of wistful remembrance and smiles of uplifting joy, much like Spring itself, with opener Sleepers Beat Theme by Ben Lukas Boysen deployed to settle the mind and reset the pulse as it eases us in with the raw beauty of piano exposed and upfront as gentle synth parts swirl underneath. A seemingly calm river with a strong current rolling underneath.

Darkstar then take the baton with a Screamadelic lysergic vocal and pitter patter, glistening dew instrumentation quietly pleading for help to ‘Hold Me Down’.

However reassuring this opening salvo this, Hopkins decides to make a subtle but vital switch in mood as Holy Other’s Yr Love introduces a pulse and groove that is at once keeping with the overall feeling of wonderment that has gone before yet decidedly darker in tone as you sense the climate change to something that is slightly misleading and changeable.

Moments like this are scattered throughout this album as we get Nils Frahm’s otherworldly transmission ‘More’ grounded by the roots folk of ‘I Am Daylights’ by Songs Of Green Pheasant, an ode to triumph over heartbreak where whatever upsetting event occurs a positive outlook much be applied.  A great song ad one that leads us into the most special moment of the entire album.

‘Daniell In The Sea’ by Jonsi and Alex (from Sigur Ros) is one of those pieces of music that once you’ve heard it you will never ever be able to (or want to) forget it. It is absolutely gut wrenching in its beauty. An ethereal dream and a hymn from above, Daniell..can stop you dead in  your tracks. Daniell..evokes many sensations and past memories. It’s sun beaming through April showers, it’s leaves turning green, it’s where out there and right here collide, and yes, this writer did cry when listening to it.

Most musicians would struggle here to follow this but this is Jon Hopkins here and what he does next is a masterstroke as he reintroduces a strut and awakening with Evening’s ‘Babe’ and the downright funky strut of ‘After Dawn’ by Leatherette a perfectly titled number that does bring back those memories of watching the sun rise with a group of friends, all in tune with each other, wanting to celebrate the start of the new day with some dancing (one of the best ways to start any day).

Other notable examples of the magic of music on the album are Four Tet’s ‘Gille Amma I Love You’ a stunning and more affective love song than most chart fodder Now That’s What I Call Long Song” dross, the brief but devastating ‘Requiem For The Static King 1′ by A Winged Victory For The Sullen and Helios’ Emancipation which shares the same emotional space as Vini Reilly’s more plaintive works.

Closing the album is a spoken word piece by poet Rick Holland underscored by new music by Hopkins himself. This poem puts into words what musically has preceded it with lines like “I Remember the tone the sunlight made” and  “where listening is a birth each time” describing to perfection the emotions and sensations that we as listeners have just experienced.

With this album, Jon Hopkins has delivered the greatest mix yet in the Late Night Series. He has captured the world and created a story that from start to finish is impossible to ignore. The music selections he has made have not just made this a great album but also a vital one.

Spring is upon us, time to start again. There will be ups, there will be downs, but if you have any doubt about what we as people and nature as an entity can achieve, put on the headphones and press play for after listening to this you will feel reborn.

Jon Hopkins can be found online here: jonhopkins.co.uk. He’s also on Facebook and tweets as @Jon_Hopkins_