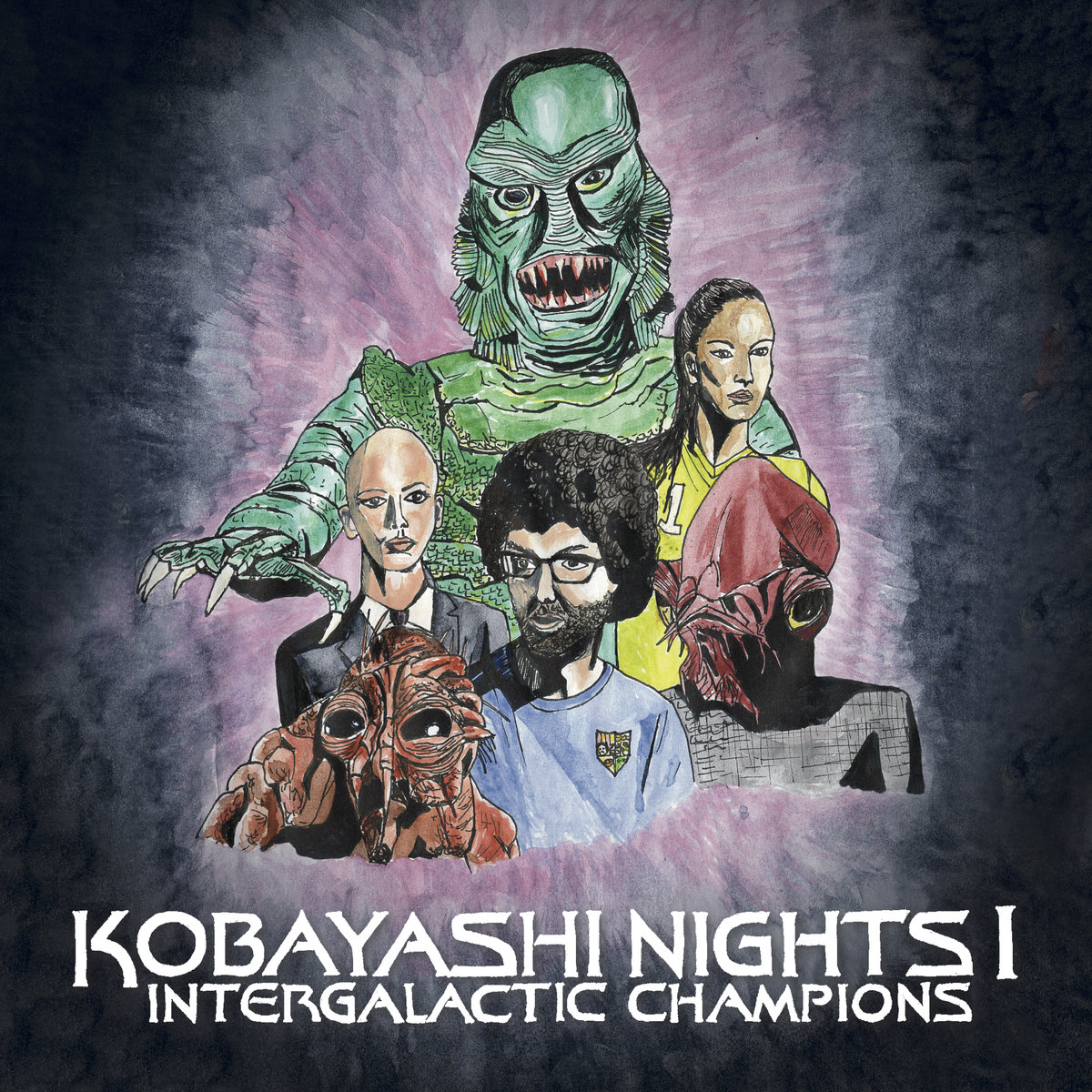 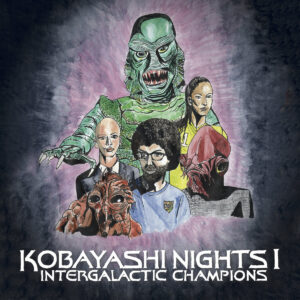 Marking a whole year of their regular DIY music gigs London’s Kobayashi Nights have put out a compilation of the best bands to grace their bills. Pete Darrington reviews.

I love albums like this. I’m a big fan of the DIY scene and as someone who co-runs a record label and promotes shows primarily made up of bands from the UK’s burgeoning DIY scene, I know it takes a colossal amount of effort to run a regular night and persuade people to come and check out new and interesting artists they most likely haven’t heard of.

Even braver then, is parting with your hard earned readies to press not just a CD compilation featuring all the bands you’ve had play your night, but also a free comic and set of art prints of the posters you’ve lovingly hand drawn for each one of your shows to accompany it – most sizable indie labels don’t invest this much love in their products, for the quite understandable fear of losing money hand over fist. So for that reason alone (though there are precisely 12 more) I’m in love with this album.

But then there’s the music. If you want a snapshot of the *real* music underground scene, not the watered down stuff peddled by the likes of 6Music, then you would struggle to do better than this record. And no,it’s not full of scratchy guitar lo-fi music made by scruffily dressed middle class white boys in designer National Health glasses because guess what, neither is the DIY Underground. It’s actually full of incredibly diverse talented people who make all genres of music simply because they love to.

Kobayashi Nights I – Intergalactic Champions boasts the ‘sparkly electro-pop’ of Mega Emotion, the ‘lob-sided stop-starty-math-rock with ever-so-catchy vocals’ of The Jelas and even the downright bonkers ‘Beefheart-on-speed’ experimentalism of Carl White. The current nu-gaze space rock revival is gloriously represented by the instrumental Mardemarmo, while the humourous but almost ‘lullaby-esque’ House Plants will serenade you to sleep with a smile on your face. The album closes with a track from one of my fave DIY bands of the moment, who just happen to be the hosts of the night itself, the anglo-spanish Goldblooms who’s Pavement-esque wiry angular garage pop laden with hooks never fails to deliver.

If you’ve been thinking about dipping your toes into the true world of the DIY underground but didn’t know where to start then ‘Kobayashi Nights I – Intergalactic Champions’ is the perfect launch pad.

This record is a beautiful patchwork quilt of some of London’s finest unsung travelling minstrels and wouldn’t it be brilliant if someone from every city up and down the UK took a leaf out Kobayashi Night’s indie comic book and did the same? The revolution would be graphic novelized.

You can find Kobayashi Nights on Facebook and get this compilation from their Bandcamp page.

All words by Pete Darrington. You can find Pete on Twitter and more from him on Louder Than War in his author profile.