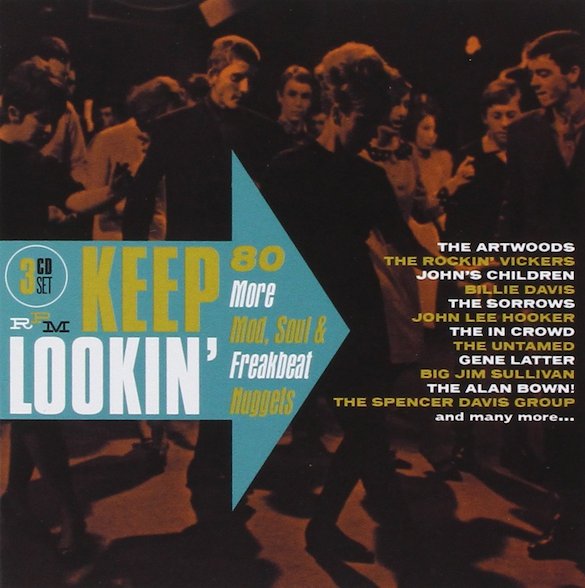 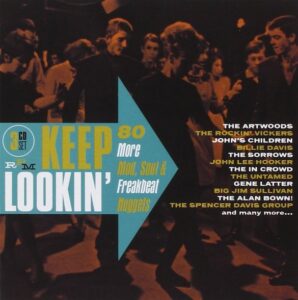 To tie in with the 50th anniversary of Mod, Cherry Red’s RPM imprint presents 80 cuts from the ‘60s across 3 discs, with a plush booklet that details each track and includes some great photos.

Mod has always been a strange old beast, with its many contradictory styles as well as its obvious fashion accessories. Even at its conception 50 years ago, there was a great deal of diversity in the music that Mods listened to, and so this 3 disc trawl through the ‘60s on Cherry Red’s RPM, naturally covers a lot of ground. For casual observers, it’s enough to get off on the music alone, without getting into the whole Mod ethos. Let’s leave that to the experts: the music is enough, and there’s plenty of great choices on this fabulous box set, which is the successor to the 2011 collection, Looking Back.

There’s also more going on than the styles listed in the compilation’s title. The thing to note though, is that you won’t find any “obvious” bands here, so forget The Who, Small Faces or even The Action and The Creation. Mod’s forgotten heroes (at least to the non-experts), The Artwoods (featuring Ronnie Wood’s older brother, Art) start the ball rolling, and they also give the box set its name with their stomping Keep Lookin’. They also have their own brand new collection out on Cherry Red, Steady Getting‘ It (The Complete Recordings 1964-67), coming soon.

There’s a cracking version of Them’s Gloria by The Spektors, which will give the original and the belting version by The Shadows of Knight a good run for their money. To pick just a few more highlights, there’s the soulful genius of Kris Ife (sadly deceased last year) with Give and Take, and Mod-psych from Toronto’s Dee and the Quotum with Someday You’ll Need Someone. And check out the fuzzed up freakbeat pop of Katch 22 with Major Catastrophe. At another end of the Mod spectrum, there’s Laurel Aitken, but here he’s not living up to his Godfather of Ska tag, and instead he gives us the Bo Diddley blues shuffle that is Voodoo Woman.

Keep Lookin’ is just a fantastic collection of great records, lovingly put together by Mod expert, Cherry Red’s very own John Reed. It works with or without the listeners prior knowledge of Mod, and the box set includes a brilliant booklet, which provides a track-by-track guide, and also includes some great photos, with record sleeves and band shots.

All words by Arash Torabi whose Louder Than War archive can be found here.

The Kinks: Arthur or the Decline and Fall of the British...

Jeremy and the Harlequins: Into The Night – album review

July 25, 2016
We use cookies to ensure that we give you the best experience on our website. If you continue to use this site we will assume that you are happy with it.Ok