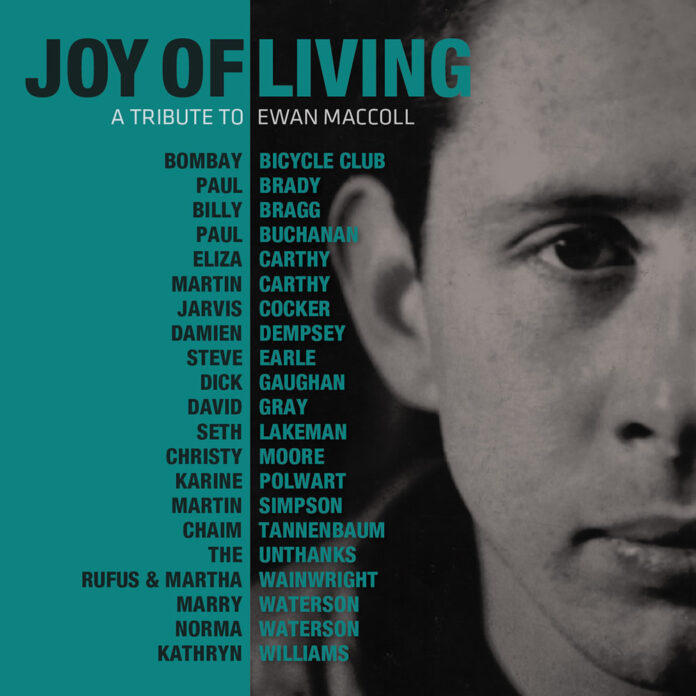 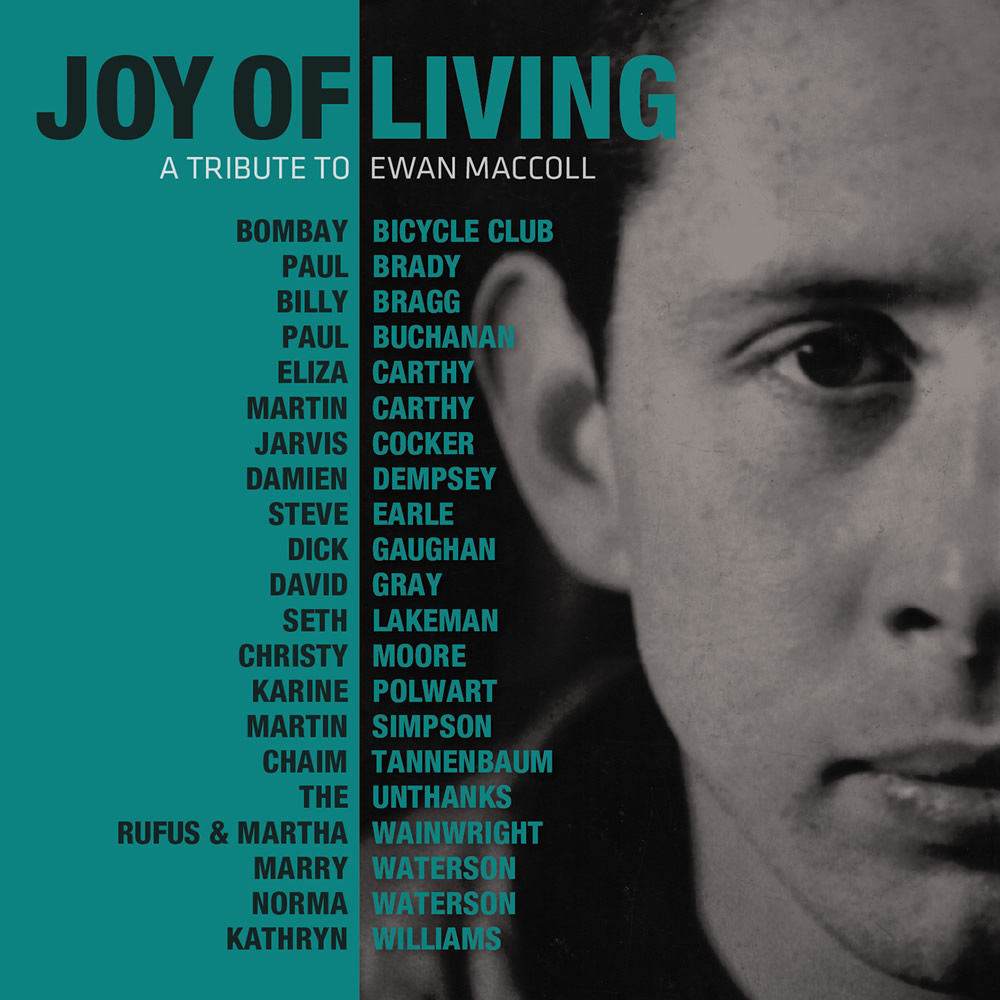 Ewan MacColl put simply is a legend. A man and musician who played a pivotal role in the British folk revival in the fifties. And a Manchester (Salford) lad to boot. His centenary year sees amongst other tributes, this double CD of his songs.

It features a host of artists from the worlds of rock, pop and of course folk, big names too and names who simply want to add their tributes to a man whose vast catalogue of songs set benchmarks and inspired those around him at the time and even now.

Produced by Ewan’s sons, Calum and Neil, the likes of Billy Bragg, Eliza Carthy, Seth Lakeman and Jarvis Cocker add their own interpretations to a wealth of MacColl songs. Always socially aware and incisive in his writing, ‘The Young Birds’ in particular is given a moving reading.  The version is recorded by Ewan’s grandson Jamie and his Bombay Bicycle Club band mate Jack Steadman – the song written in memory of the 31 South London schoolboys killed in a plane crash while on a school trip possibly the most emotionally telling song in his catalogue.

Material from his own pen from the 50s to the 80s and with nods to traditional material, this isn’t necessarily the definitive collection but a set of favourites of his children – they call it “songs we love by the artists we love.”

And it’s that catalogue – including ‘The First Time Ever I Saw Your Face’ (done here by Paul Buchanan) that will remain his legacy and will no doubt continue to  influence folk singers and beyond for years to come. An iconic artist and a fitting tribute.

Listen to  Ewan and Peggy Seeger doing ‘Dirty Old Town’ with some footage of his home town of Salford:

Blood and Roses: The Songs of Ewan MacColl.

A series of multi-artist tribute concerts curated by Neill and Calum MacColl, Ewan’s sons with Peggy Seeger.  The concerts will take place in November 2015 across the UK, celebrating the remarkable legacy of songs that MacColl left behind. Special guest artists will be announced shortly.

He is  also on Facebook  and tweets  as @ewanmaccollltd