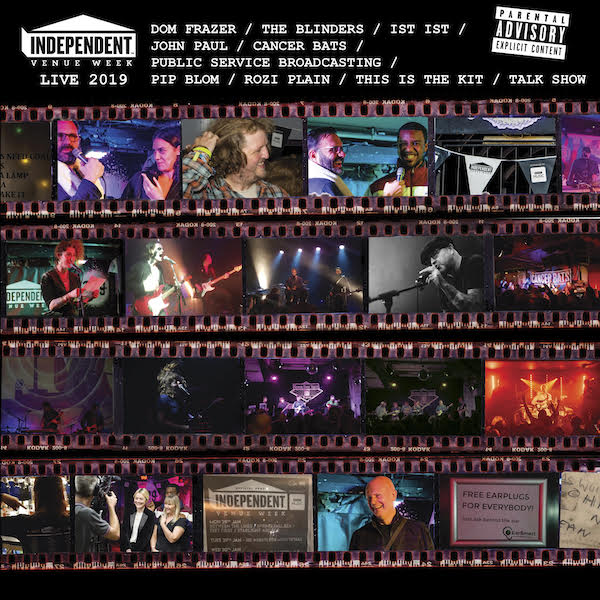 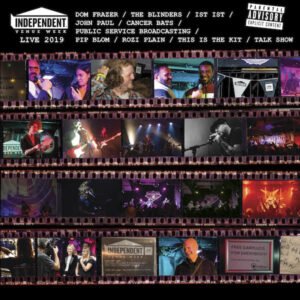 It’s fair to say Independent Venue Week (IVW) is one of the music industry’s most successful recent initiatives with 230 venues backing the scheme this year.

It’s aim is simple – get acts big and small to play special gigs in an independent venue of their choice reminding everyone of their importance in community life and nurturing new talent.

Given the amount of quality talent they recruit to back their work – like this year’s national ambassador Anna Calvi – it seems obvious that founder Sybil Bell and her hard-working team would want to release an album of some of the best performances from 2019.

It is fitting that side one of this limited vinyl release opens with an ode to independent venues from Dom Frazier who owns the Boiler Room in Guildford. Her ‘Poem’ was inspired by a gig at the venue by poet Hollie McNish, and is just on the right side of gauche.

The Trades Club in Hebden Bridge has been a stalwart of IVW so we get a blistering blast of blues rock from Louder Than War faves, The Blinders. The always inventive Public Service Broadcasting have played the Royal Albert Hall yet here they are in a small West Yorkshire venue cutting up early vintage tapes about the coming digital revolution on ‘Theme from PSB’ urging the crowd  to ‘exhort the importance of ideas and information’, which is timely in these days of fake news.

IST IST were another band downsizing venues to the Trades to support IVW offering ‘Preacher’s Warning’ as their contribution to the cause, and at the other end of the spectrum hotly tipped Dutch indie rockers Pip Blom knock out a woozy ‘I Think I’m In Love’.

There is a decent musical variety across the record as rapper John Paul lays out his manifesto ‘This is England’ at the 100 Club, best described as a more uptempo version of Sleaford Mods. The Cancer Bats rip up the 100 Club on ‘WinterPeg’, which marries Beastie Boys and Pigs x7.

Rozi Plain travelled to Brighton’s Green Door Store offering the ethereal pop of ‘Symmetrical’ equalled by This Is The Kit’s delicious ‘Moonshine Freeze’ from the same venue.

Rightly, we come full circle as raucous Peckham band Talk Show are the first act to ever play the newly opened local venue The Audio, and you could hear how made up they were with this honour.

This album works because the curators have clearly mixed up the acts to create an album that works on its own merits, but also acts as an aural reminder that if we don’t use independent venues we will lose them.

And it’s not overstating it to suggest that would be a national tragedy with huge implications for the music industry.