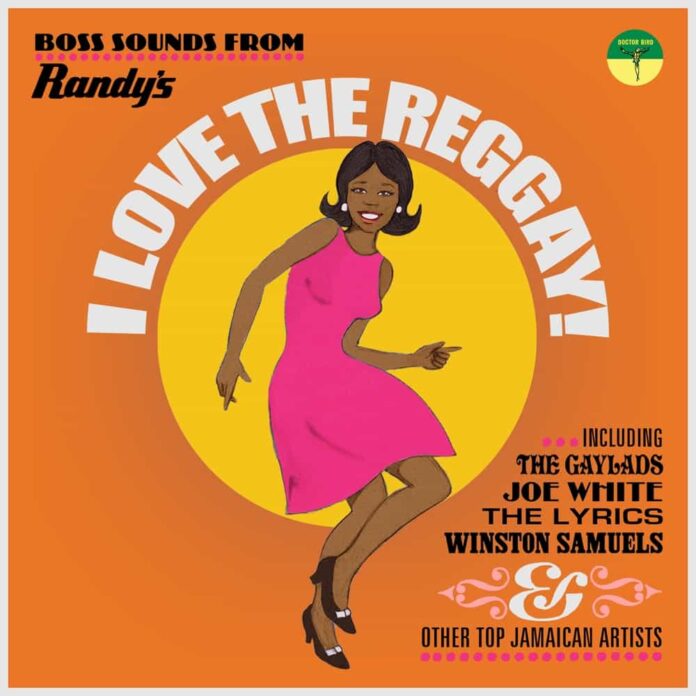 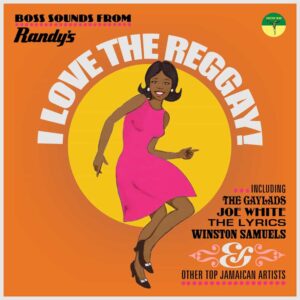 I Love The Reggay!

Subtitled Boss Sounds From Randy’s Records, this is a new collection featuring key cuts from Vincent Chin’s label. It includes contributions from Delroy Wilson, Nora Dean and Dave Barker plus other top Jamaican artists, all taken from the highly successful original reggae era of 1969-71. Ian Canty cops an earful of Randy’s version of the original Reggay beat…

Vincent Chin had become involved in the Jamaican music scene just as its home grown productions began to take off in the late 1950s. At the time he made a his living by servicing jukeboxes across the island’s capital city. The records that he took off these jukebox machines he then sold from a small shop based in Kingston. Back then he had named his shop Randy’s after a record store in the US and the name stuck.

It was only a short move from selling records to making them and Chin launched the Randy’s Record label, which soon chalked up some homegrown r&b hits, including Rico’s Special, by trombone great Rico Rodriguez. A run of ska success put Chin in the top echelon of Jamaican producers, but with the driving beat on the wane he took some time out in the mid-60s to concentrate on his other business interests.

One of which was developing his new base. He moved operations to a larger property on North Parade in 1967, which was to include the recording facility Studio 17, which quickly became popular with visiting American acts. With this new set-up in place and his own Randy’s All Stars backing outfit (who included the legendary sax of Tommy McCook among an array of talent), Vincent Chin now had all the tools to thrive with the new beat that was to emerge over the next year or so. The roster of artists that he could call on when he came back to music production included Peter Tosh (not present on this collection), The Gaylads, Nora “Barbwire” Dean, Delroy Wilson, plus the rather unappreciated but pretty damn excellent Winston Samuels.

At the very start of the Reggae craze even the spelling of the word was still up in the air, with one of the first breakthrough hits being The Maytals’ Do The Reggay. Streggae was a term in Jamaican lingo that meant a tramp (let’s leave it at that) and it was adapted to either Reggae or Reggay as a way of describing the shuffling rhythm of the new sound. The title of this comp, named after the Gaylads’ song, plumps for the latter, now pretty much unused, version of the word.

This new set works as a preface to the extra tracks on the recent Jimmy London Bridge Over Troubled Water 2CD (reviewed here), which featured Randy’s Records best work from 1971-73. To begin with the packaging, the cartoon sleeve that I Love The Reggay comes dressed in works as the perfect pictorial representation of the music. A simple illustration of dancing beat girl with a warm smile of total enjoyment, it really sums up the spirit of carefree fun that was intrinsic to the original reggae scene.

Moving onto the sounds contained inside, the funky organ groover I’m The One, You’re The One by Randy’s All Stars is a very danceable way for the LP to open its account. The Gaylads had great success with Leslie Kong, but also found time to record on Randy’s and are represented on seven tracks on I Love The Reggay!. Two of these are backing seasoned singer Joe White (who had some big hits in Jamaica during the rocksteady era including Rudies All Around) and one of them, If I Needed Someone, is a real reggae soul treat.

Winston Samuels shines on the breezy Lick It Back, which utilises the contrast between some deep backing vocals and Winston’s well-judged and jesting tones. As well as that, he provides a sun-kissed and gospel-tinged delight in A Lover’s Question. The Gaylads also cut I Am Getting Old with him, where their talents mesh well on a reggae love song with a pleasing guitar intro.

Of The Gaylads’ own efforts, jumping horns and their abundant vocal skills enliven the spritely Room For Rent and if the title track slows the pace a tad, it still has an ebullient thrust and is very memorable too. Randy’s All Stars bring mento touches to jazz oldie (I Wish I Was In) Dixie and also cut a great skin stormer in Time Out. Set to a clip clop rhythm, Me Want Man by Nora Dean is another well performed and ribald outing in the Barbwire mode and Delroy Wilson kicks up a righteous storm on the funky dancer Together.

Count Matchuki’s toasts on Pepper Pot and War Fare and the racing music are both ideal for the youth club skinhead dancefloors of the time and Dave Barker is on fine James Brown-influenced form with his only cut included here entitled October. On Who Cause It The Lyrics (who were a vocal trio who included Stafford Elliot, Albert Tomlinson and Delmar Campbell) riff nicely on The Ethopians’ Everything Crash and a sunny organ line helps their Give Thanks impress as well.

Randy’s All Stars close out I Love The Reggay! with another boss reggae organ instrumental tune in Endust. This all adds up to a smart dip into some lesser-known grooves of the classic boss sound, for the most part simple but highly effective and pleasing. The majority would still go down a storm on dancefloors today given half a chance – tunes that were built to last.

There’s no doubt that Vincent Chin and Randy’s Records captured the good-time, soulful and danceable vibes of the original/boss reggae beat and that is lucidly displayed on I Love The Reggay!. With the formidable talents in his All Stars like Sly Dunbar and Tyrone Downie to provide the perfect backing for a wide range of vocalists, it’s no wonder that Randy’s was one of the key imprints of the era.

Chin would go onto to expand his empire into distribution and move to New York City in 1979. But it is for his productions in the early part of the decade that he is probably best remembered and this set reveals many gems from his back catalogue. I Love The Reggay! allowed me to suspend 2021 for its hour and so duration, back to those days when all you needed was a crisp shirt, a short haircut and a clutch of these fab tunes to be in heaven.

I Love The Reggay is available now on pre-order.