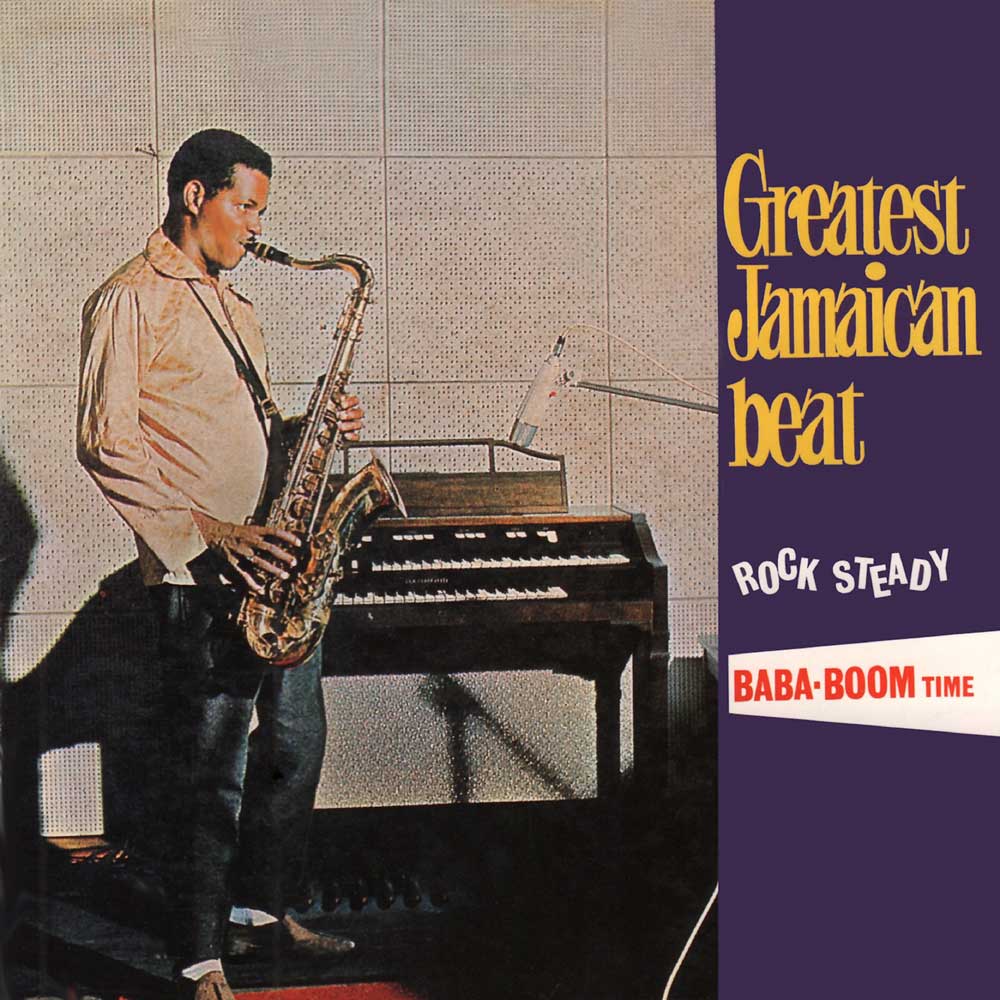 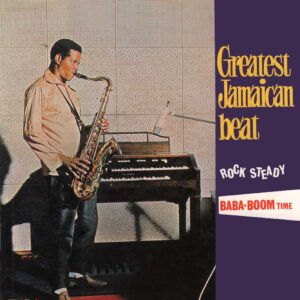 Reissue of the classic Duke Reid Rocksteady-era compilation along with bonus tracks and the previous unreleased Soul Rock-Steady album, which was credited to house band Tommy McCook and the Supersonics…….Ian Canty feels those classic rhythms surge back into life like they’ve always been there…..

This collection is based around the compilation Greatest Jamaican Beat, which sought to collect the very best of Duke Reid’s productions in the Rocksteady era. It was a time when the Duke was at his zenith. He had his own recording studio above the Treasure Isle Grocery Store, a crack backing outfit in Tommy McCook and the Supersonics and sound engineers in every sense of the words like Byron Smith and Errol Brown on hand. All these ingredients went to ensure that each session stood a more than good chance of yielding gold.

With these vital pieces in place, in 1966 the music began to slow down from the fast pace of Ska to the more stately Rocksteady beat, which put things even more in Reid’s favour. There was also a change towards a more song based format, with the focus firmly falling firmly on the vocalists. Reid was in his element as he was a long time fan of Blues and R&B love songs and Rocksteady offered the perfect format to re-boot the style with a big Jamaican tinge. Treasure Isle had success after success for a good couple of years as Rocksteady ruled, pushing fierce rival Coxsone Dodd at Studio One into the shade.

Greatest Jamaican Beat really is the ideal Rocksteady compilation, allying great vocal performances by Reid’s top stars to a driving instrumental pulse. It ably highlights the strength in depth that Treasure Isle possessed at the time. Phyllis Dillon provides two of her very best efforts in Release Me and Don’t Touch Me Tomato, with vocal on the latter being delightful – restrained, cool and very sassy indeed! There’s a terrific photographs of the Jamaicans in the sleeve booklet and they back this up with the wonderful Baba Boom (Festival 1967), the lazy lope of the rhythm very pleasing to the ear and perfect for the dance.

The Techniques employ a more Jazz-based approach, with an excellent Doo Wop style singing arrangement, on their Drink Wine and Soul Serenade by Tommy McCook and the Supersonics shows how well they could keep the dance moving without a vocalist at hand – cool horns and organ working in tandem to great effect. The Melodians slow things down with the excellent You Don’t Need Me, a textbook example of cool Rocksteady and the obscure Sam Jones (or could it be Honey Boy Martin?) shows real talent with the R&B shouter Hey Leroy (Your Mama’s Calling You).

The album is a true winner and the bonus tracks on this disc show that it wasn’t a fluke. The Three Tops are more R&B/Soul as you would suspect from the name, but a bouncy bass powers their Your Should Have Known Better. Justin Hinds And The Dominoes were one of the label’s big acts and if they didn’t make the Greatest Jamaican Beat album proper, they show their many talents on three bonus tracks here, with a Rocksteady version of their big Ska hit Carry Go Bring Home working very well indeed. Norman Grant boasts a big Gospel influence on Matthew, Mark, Luke & John and the Gladiators’ brilliant Lie Low is a fine bit of baleful storytelling, with echo effects and a rolling momentum to the beat. This whole disc is a thing of beauty.

It is fitting that the sleeve photograph of the original LP and this new collection features an action shot of tenor saxophone maestro and bandleader Tommy McCook in the studio. He and his band the Supersonics (featuring fellow Skatalites alumni Roland Alphonso and Lester Sterling in the brass section) were a vital component in many of Treasure Isle’s best loved songs. The second disc here highlights their own work of during the Rocksteady era and includes their unreleased Soul Rock-Steady album from 1967.

Back then very few artists on the Jamaican music scene were granted their own long playing release and those that were lucky enough had to wait a considerable time beforehand. McCook and the Supersonics may have been integral to Reid and Treasure Isle’s triumphs around the time of Greatest Jamaican Beat, but this was not enough to see their album gain a release on the label.

In truth you can perhaps understand why Duke Reid decided against putting out the album. Soul Rock-Steady itself is a bit middle of the road, pleasant enough but not outstanding. Easy going versions of standards with plenty of scope for the participants to show off their considerable chops and the lilting, feelgood beat is always present in the background. But truthfully nothing here really sets the pulse racing. Even so, it is interesting that they manage to get a few new wrinkles out of material that is so familiar and a bit whiskery even at the time of recording. Examples of that would be a neat skanking rhythm to What Now? (Theme From Dr Zhivago) and even something as hoary as Spanish Eyes is given a tasteful dance workout.

The bonus tracks on this disc were more interesting for me, with a toasting intro working well on Our Man Flint and some springy bass organ notes putting a firm individual stamp on One, Two Three, Kick. McCook’s cool blowing is given a showcase on Continental and Wall Street Shuffle (not the 10CC song!) has a more urgent feel and again some great horn work as you would expect. Sweet Lorna was a particular favourite, a more sombre atmosphere is evoked and an appealing flute piece takes the place of a vocal. Taken together with the Soul Rock-Steady album itself, this disc provides a crucial insight into Rocksteady’s architects at work.

Though the second disc is more for curiosity value this set makes a great companion piece to the recent Treasure Isle Ska Albums collection (reviewed here). The first disc however is uniformly superb, the album stuffed with great songs and performances and the bonus tracks up to the same standard. Greatest Jamaican Beat is very much a prime example of what Treasure Isle did next after the Ska boom petered out and how the label thrived during the Rocksteady period. Both discs ably demonstrate the strengths of Duke Reid’s imprint at the highwater mark for Treasure Isle.