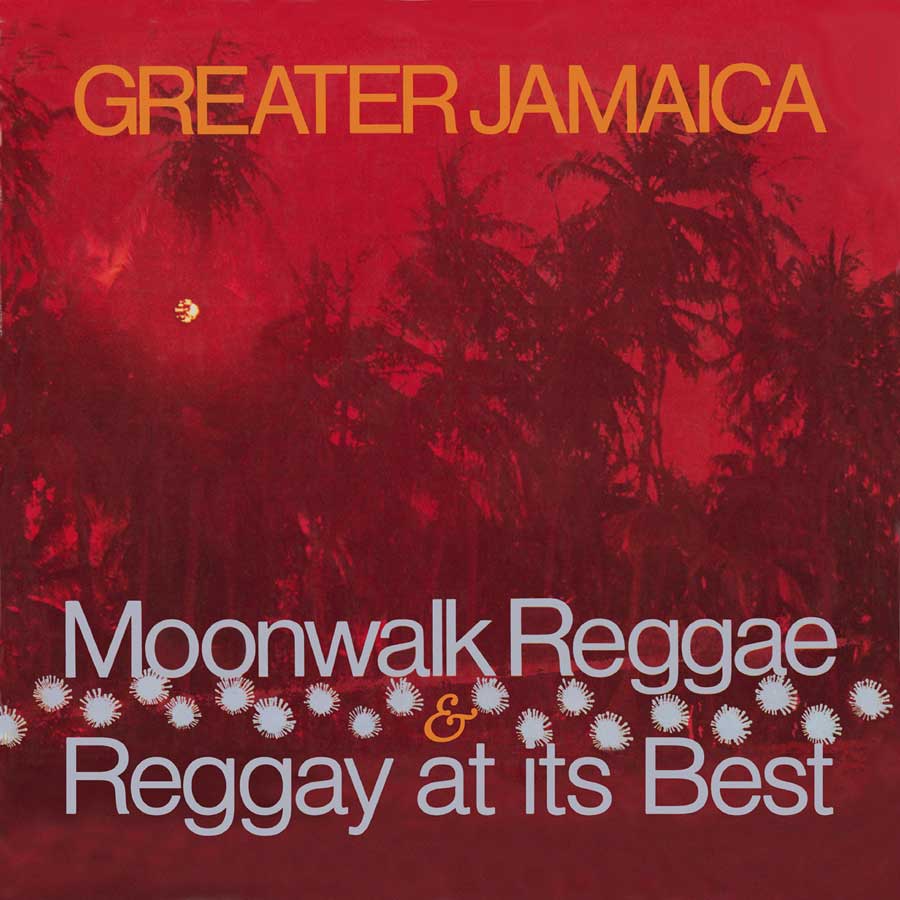 Moonwalk Reggae/Reggay At Its Best 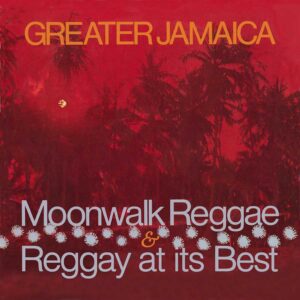 2CD reissuing the 1969 Greater Jamaica Moonwalk Reggae album, originally released by Trojan Records and Reggay At Its Best, which only was available in Canada. Along with both these LPs are a whopping 38 bonus tracks, surveying Duke Reid’s work in the Boss Reggae era. LTW’s Ian Canty hears the Duke forge ahead with the new sound, despite a late start…

Duke Reid was understandably reticent when the Rocksteady sound that he was highly comfortable and expert with, gave way to the rougher and faster Reggae beat. Rocksteady was the perfect mixture for Reid, with Soul, Blues and Jamaica’s roots in Jazz all being mixed together and set to a lilting island rhythm, slower than the Ska that came before. With the ex-policeman being a long term fan of American Blues and R&B and his high quality recording techniques that focussed on getting the best out of his singers in particularly, that sound fit him down to the ground. Others, including his old rival Coxsone Dodd, stole a march on Reid for a while when the rhythm changed.

However, when the Duke moved into Reggae, he did so with his quality control methods intact, which ensured some fine examples of the form. Even so, he still couldn’t resist the odd soulful number, but crafted it to the snappy organ tones and choppy guitar figures that were such a part of Reggae at this stage of its development. Take The Gladiators’ You Were To Be for instance from Great Jamaica Moonwalk Reggae: the close vocal harmonies of the band sit atop a nicely tough and racing rhythm, it works excellently. Given the fact Reid never skimped on perfecting his recording processes, it isn’t any real kind of shock he took to Reggae so well. Though the full brass sound kind of went out of fashion a little for a while in ’69 when guitar, fairground organ and the bass took over, he never gave up on horns and it marks his efforts in this era out as something a little different to the other producers too.

The first album here actually came out after Reggay At Its Best, but had a wider release and as a result is far better known. Greater Jamaica Moonwalk Reggae corralled the Duke’s well known names like the aforementioned Gladiators, Justin Hinds, John Holt and others with Tommy McCook and the Supersonics providing their usual high quality backing. Hinds’ Drink Milk is a true classic of the era and we get two top notch Dave Barker toasts in Lock Jaw and Funkey Funkey Reggae, with his James Brown holler much to the fore. A young Chas Smash was clearly listening! Glen Adams’ keyboard expertise supplied us with a couple of simple but very effective instrumentals entitled My Girl and Only A Smile with the Cool Ruler himself John Holt providing a polished jewel in Stealing Stealing. That tune also shows again that the Duke’s penchant for a soulful tune well sung was undimmed by the harder sounds of the original Reggae craze.

Of the bonus tracks there are many delights, but I have to point out that Give It To Me, sang by Dorothy Reid and cheekily credited to “Reid”, was actually penned by Reg Presley of the mighty Troggs. Although it does warm the cockles of this son of Hampshire’s heart to hear our boys getting a quality Reggae do over, I must admit. The whole of this disc is just perfect late 60s Reggae and its hard to pull out highlights – there’s barely a duff track to be heard – wonderful stuff all the way through.

Winston Wright presents us with not one but two Skinhead stompers entitled Moon Invader (one on the LP proper, one as an extra), whilst the Melodians delve right back to Doo Wop for the vocal attack of their What More Can I Say. The Rooster by Tommy and the Supersonics is a mad DJ talkover kind of thing, very good though and Intensified Change by the Silvetones includes a touch of violin allied to a very soulful Reggae tune. My Desire by the Yard Brooms has some nifty guitar and vocals set to a very pacey tempo and Winston Wright’s Black Coffee again has a quality toast and cool brass, just excellent. If you like Reggae at all, put this CD on and you’re unlikely to be hitting the skip button much.

For some reason Reggay At Its Best solely came out in Canada and was only available there for a brief period. It wasn’t even put out in Jamaica where it was recorded. This is more or less a Tommy McCook and the Supersonics album. Two tracks that have already seen reissue on Doctor Bird have been loped off (John Holt’s Tonight and Breaking Up by Rocksteady king Alton Ellis), which is a shame in some ways as it would have been nice to have enjoyed the LP as a whole, but understandable in that it makes way for another couple of rare tunes as bonuses. This LP showed the Supersonics’ jazzy roots and of course being led by McCook horns are to the front often here. This is ably displayed in their version of When The Saints Go Marching In aka The Saint, the brass floating off the rocking Reggae rhythm.

The album itself isn’t bad – not easy to follow that first disc, but Tommy and his troops were more than able to spin out Boss Reggae just right for the dancefloor, with the stomping Live Injection and a superfast African Melody being among the picks for me. Apart from the first track its an all instrumental affair. The vocal track is a version of The Liquidator, which takes the original and adds brass and a DJ toast over the top – in fact it works very well and I like it a lot.

The 18 tracks included as bonuses on this disc are another big bundle of joy. Vin Gordon’s Don Drummond tribute Memory Of Don and cover of the Melodians’ Everybody Bawling (a suffering Reggae classic and track 13 here) feature some fine jazzy trombone blowing and the Gold Tones also impress with Come Look Here. There’s a nice element of Doo Wop again in the vocal arrangement of You Done Me Wrong by Tyrone Evans and If This World Were Mine by the same artist is a classy Reggae love song. The Righteous Flames Ease Me Up Officer is a sharp social comment-style skank and Winston Wright weighs in again with a great Skinhead Reggae dancer Kilowatt. This is again mostly wall-to-wall ear candy, a high scoring rate of winning songs and sounds.

Both these LPs and the surfeit of bonus tracks prove that whilst Duke Reid was not a pioneer or innovator of Boss/Skinhead Reggae, he would obtain fine results by applying his trusty template of sheer hard work and talent to this new variety of sound. Put simply, this collection is a 60 track treasure trove of all that was good about Jamaican music in the late 60s, as easy on the ear as it is infectious and inspiring to movement the feet. A few of the offerings here will be familiar to fans of the genre, but there are many more gems unearthed that are just new to me at least. Supermarkets now have racks of the Best Of Trojan kind of comps that recycle the same old material – much of that stuff is admittedly great, but Great Jamaica Moonwalk Reggae/Reggay To Its Best is just so much fresher. Give yer lug’oles a real treat!