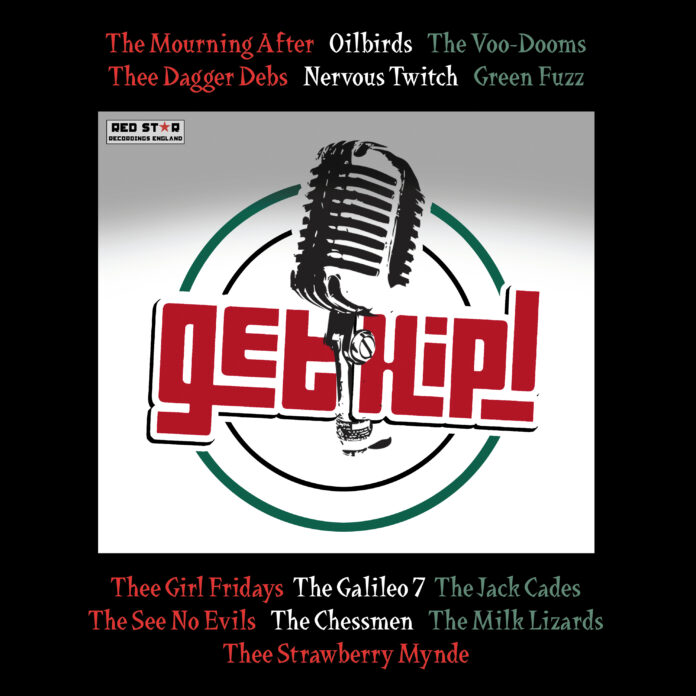 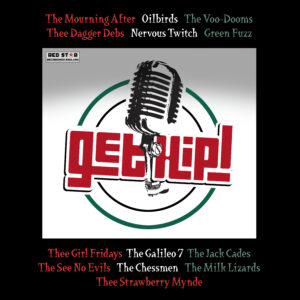 Stockton-On-Tees garage-rock club night, Get Hip!, release a great compilation of some of the bands that have passed through their doors. A fantastic snapshot of the UK garage scene.

Okay, so this isn’t out for a good few weeks, but this is a record that you’re going to want to get in early for as they will no doubt fly out and Red Star have limited the release to only 300 LPs. The garage compilation is a mainstay of any rock ‘n’ roll enthusiast. From Nuggets to Back From The Grave, Teenage Shutdown to Pebbles, they have long been a gateway to fantastic bands, some who hit great heights and others who flew well under the radar, yet still adored by all those with whom they crossed paths. And, in that same vein, the north-east club night Get Hip! (not the US garage label) have put together their own collection and frankly, it stands up against any one of the great compilations, providing an almost perfect snapshot of much of the current crop of underground UK garage bands. There are also a few Louder Than War favourites in there.

They kick it off with the cranked-up classic blues garage sound of Sheffield’s The Mourning After’s It’s Gonna Be Alright, soaked in the grooving rhythm that defined such 60s garage songs as The Colonials’ Crawdad. As the first band to play the club night, it’s only right that they take pride of place on this release too, and they start things off in style. A casting glance down the tracklisting, some bands jump right out, having already been covered here at Louder Than War.

The first of those is The Jack Cades. We covered their debut album, Music For Children, three years ago and here they have offered up an exclusive, never-before-released slab of their garage freakbeat in the form of King Of Fools. It’s a mid-album highlight for sure. The Galileo 7, who Ged Babey raved about last year, give us a live run-through of their song Looking Up, which originally appeared on their 6th album, There Is Only Now. Alan Crockford (The Prisoners) and his band of garage cohorts bring an encapsulating dose of garage-psych to the album, and we get a treat from Leeds’ Nervous Twitch on the bubblegum-garage tune From Spots To Stripes.

As with any great rock ‘n’ roll compilation though, the true delight is being introduced to bands that, until now, may have passed you by. The See No Evils are probably the pick of the crop. Having already released two albums on Heavy Soul Records, here, for Get Hip!, just as The Jack Cades, they give us an exclusive song, Losing Streak, which adds a shade of mod attitude to their garage-psych mix. Shake-Shake from Thee Girl Fridays debut EP for Spinout Nuggets shimmies and go-go grooves along, but everyone knows that no great garage compilation is complete without a jiving instrumental, or two. Green Fuzz’s Green Fuzz Theme is a Boss Hog fuzzy blast, while Sunderland’s The Milk Lizards bring the surf on Doc Croc.

Get Hip! is but one of the great garage rock ‘n’ roll club nights up and down the UK that provided the lifeblood to many bands that continue to delve into the depths of the genre. Of course, as with them all, their love of live music has been curtailed, but that hasn’t stopped them from putting together this great selection of 14 tracks, a reminder of what we’re missing.

The Get Hip! compilation is available to order now via their Facebook page. Grab one while you still can!