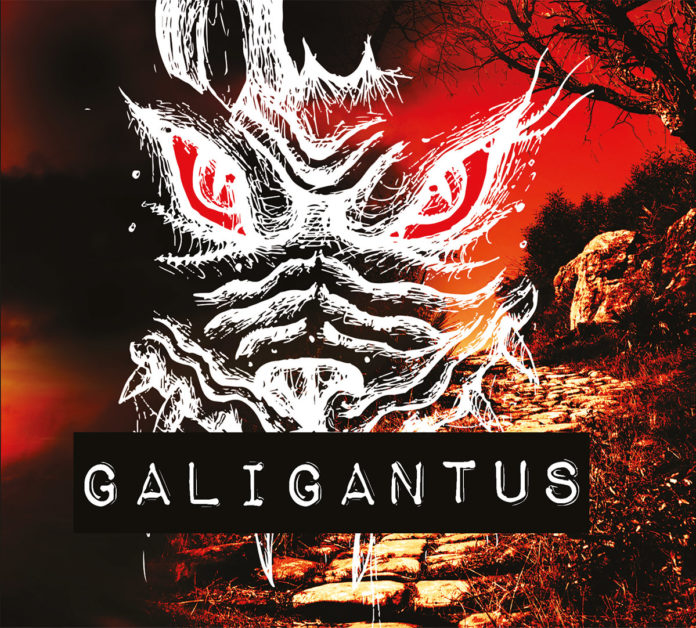 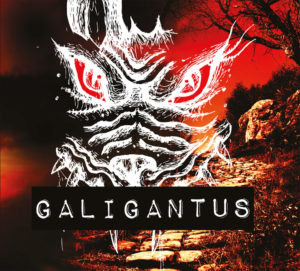 Compilation of Cornish Rock for charity.

There have been some remarkable sounds coming out of Cornwall for a good few years now, and the scene of heavy and alternative rock is thriving with local venues putting on gigs most weekends. Bands like The Eyelids and the much-missed Honey spearheaded a scene that just lacked a moniker. Maybe that was a good thing: once you name something you put it in a box, and the music coming out of Cornwall is very eclectic, as this new compilation proves.

Galigantus is a compilation of Cornish rock, punk and metal bands covering each other’s music. It has been created through the Game Changer, Cabin Fever Audio and RouteNote organisations. The Game Changer programme provides opportunities for young adults aged 15-24 to fulfil their potential and move into work, education or the arts. Game Changer state:

‘With the support of staff and music industry professionals, the Game Changer participants, recorded these tracks, performed on some of them, interviewed bands and music producers, took part in mixing/mastering workshops, and assisted on some band video shoots at RouteNote. They then informed and guided the marketing plan, including artwork and the title for this compilation.

Galigantus refers to a giant in Cornish folklore who holds captives in an enchanted tower and is defeated by a farmer’s son called Jack, freeing the prisoners. Galigantus seems very apt as a metaphor for the barriers commonly faced by young people in our present day. At Real Ideas Organisation and through our Game Changer programme, we help our participants find their inner ‘Jack’ and conquer their difficulties.

When asked about who to donate profits to as a result of this release, the young people voted in favour of the charity Livewire Youth Project, based in Saltash.’

The good news is that, whilst supporting a worthy cause, you can listen to a damn fine compilation that should draw you into discovering more of the talent that Cornwall has to offer.

The album is bookended by two heavy beasts. Opening track Marina, by the wonderfully named Cybernetic Witch Cult, starts proceedings with an eerie, horror movie vibe before becoming a heavy as fuck song. And album closer by Adam Morrison is a hard-rocking, heavy rhythm with a syncopated beat. In-between we get the glorious Eyelids garage-a-billy take on Monolithian’s Sea of Trees, turning a metal song into a cool psychobilly number with a horror buzz. There’s lots of space in the music which gives it an eerie sense of fog-shrouded graveyards perched atop cliffs descending to the forgotten sea. A very cool jangling bones beat. The Eyelids song, Cosmic Dust, gets covered by Roo Pescod, who turn that bands garage tune into a dark 80’s electronic vibe, that works really well. Sam Bradbury does a cover of Oof’s Bella, creating a student bedroom ambience, mulling over the end of a romance. Monolothia cover F. Emasculata and create two minutes of heavy, industrial noise. It’s so heavy it shudders along like a juggernaut collapsing under its own weight, whilst the driver screams maniacally. Bucca Dhu covers Die Spangle’s Act Normal, a wonderful ’77 punk pub rock boogie, whilst Die Spangle return the favour and cover Bucca Dhu’s Take A Walk, with a UK Subs sound and vocals like sandpaper rubbing on sandpaper. Night Motor cover Rash Decision’s Buzzsaw Tomahawk with a weird post-punk jerky Devo rhythm. It has a cool beat with a vicious guitar cascading over it like blood spurting from an open wound. The singing is manic and paranoid and it’s all very cool.

It’s a great compilation that works really well and should encourage any listener to discover more about the bands featured. May Cornish rock prosper on and never be shipwrecked.