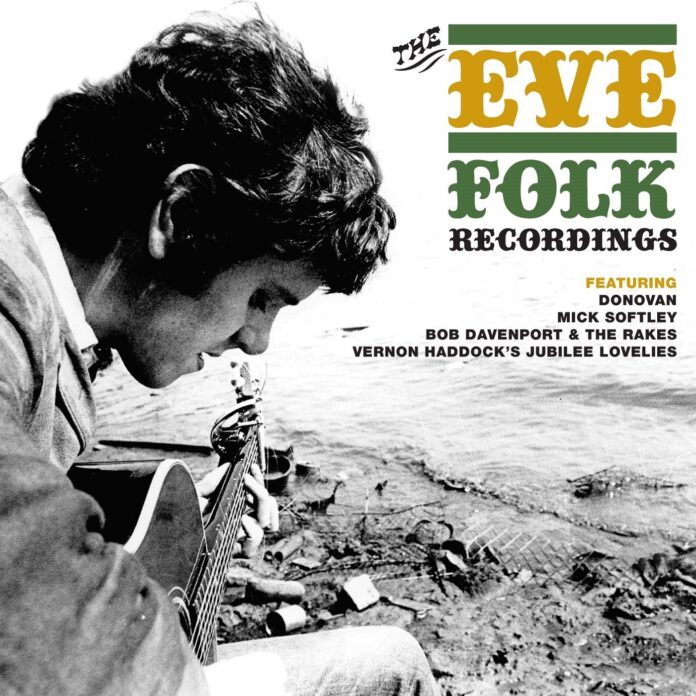 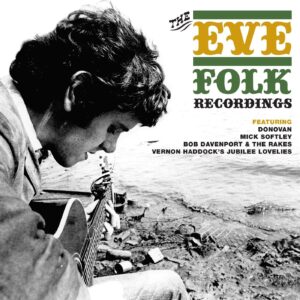 1965 was an important year for British folk . There was plenty going on in the underground, while the poster boy of the movement, Donovan was just beginning to enjoy chart success. Heralded as the UK’s answer to Bob Dylan, Donovan’s career was launched by the management/production team of Geoff Stephens and Peter Eden. Eve Folk Recordings brings together all 4 of their acts, and every song from the 3 albums they worked on in 1965. (Eden & Stephens were given a 4-album deal through EMI, of which 3 actually surfaced. The 4th would have been by Eric Clapton but he declined it)

Donovan is here with his first 2 singles, Colours and Catch the Wind.

By the end of the year Donovan had jumped ship, so after just 4 songs by him, disc one moves on to by Mick Softley, whose debut album Songs For Swingin’ Survivors is here in its entirety, plus both sides of his Immediate single, I’m So Confused/She’s My Girl. Softley’s protest songs like The War Drags on (both his and Donovan’s versions are included here) show the anti-establishment side of folk, predating punk rock’s angry lyricism.

His Goldwatch Blues was also covered by Donovan: a sarcastic look at the futility of lifelong jobs and careers- a difficult theme to understand in these unstable times, but it predates The Clash’s Career Opportunities by over a decade. In Jeanie, he shows that lyrically he was also more daring than his peers. While The Beatles were hinting at drug use in their songs and then denying it when questioned, Mick Softley was singing: “I hope that if you bring yourself to give your love again, this time you’ll find a braver man not addicted to cocaine. I’m sorry dearest Jeanie, but this line must be my last.” Remember this was 1965!

Disc 2 deals with an entirely different aspect of folk, showing that even then, folk was so diverse that it could hardly be a musical genre. The traditional English folk and skiffle styles of the 2 acts on disc 2, Bob Davenport & The Rakes and Vernon Haddock’s Jubilee Lovelies, is a universe away from Mick Softly and Donovan, who were essentially man-with-guitar singer-songwriters, appealing to the young, hip and revolutionary music scene. Although young themselves and no doubt appreciated by a young underground audience, The Rakes and The Jubilee Lovelies represent the sound of old England: acapella songs and sea shanties, accordions, fiddles, penny whistles and washboards. Unfortunately there is nothing on Youtube from these sessions. I know the whole purpose of this project was to bring together the complete works of Peter Eden and Geoff Stephens in 1965, personally I would have been happy with just disc one. However, there is a sense of fun about the Jubilee Lovelies’ skiffle & washboard antics, and the fact that main-man Dave Elvin was mates with Viv Stanshall explains that.

And the set comes with a booklet’s worth of wonderful sleeve-notes by Brit-Folk chronicler and Bert Jansch biographer, Colin Harper, and it includes interviews with Eden and Stephens as well as Bob Davenport.

RPM Records can be found on Facebook, and the album bought here.

All words by Arash Torabi. More from Arash can be found at his Louder Than War Author’s Archive.