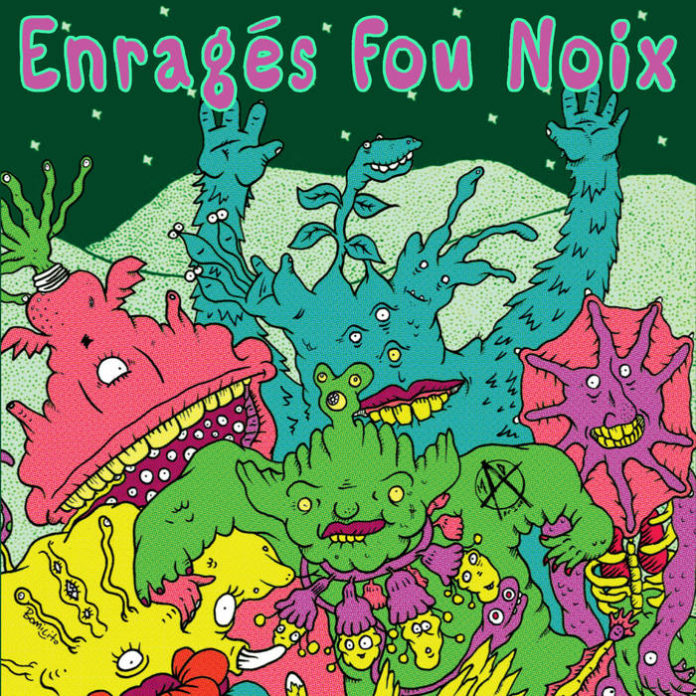 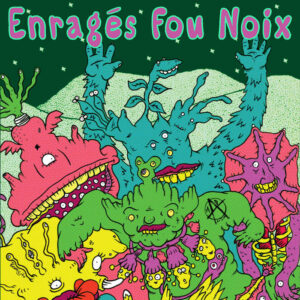 Subtitled “A Mad Pride Compilation For The Mental Health Resistance Network”, this CD features Jowe Head, Danielle Dax and Edward Barton plus many other artists, some of whom performed at the Manchester Mad Pride event 2019…….LTW’s Ian Canty looks at an album which is just the latest in Mad Pride’s concerted efforts to safeguard mental health users’ rights in the UK

Mad Pride have been doing great work since 1999, putting on many events and issuing both literature and compilations albums to heighten awareness and raise funds. Importantly standing against reforms to the Mental Health Act and cuts to budgets via the Government’s policy of Austerity, they have led a campaign of direct action and protest to protect the civil rights of patients. An organisation of mental health users and supporters, they sought to reclaim the lexicon of taboo words like mad, crazy and nutter and in effect turn around those negative words into a badge of honour, whilst also expressing a rich and creative culture. Having a mental health problem is no bar to being creative, as Mad Pride have proved time and time again.

Enrages Fou Noix (in English Mad Crazy Nuts) is just the latest in many collections issued by the group and features a wealth of musical talent. Peppering the collection are pithy, comic and moving spoken word pieces by Manchester-based poet and mental health survivor Carol Batton. The music presented is very diverse, featuring electronica, dance, post punk and even the frantic noise rock of Guttersnipe’s Soft Poison Lurk, but is frequently inspired. Enrages features some familiar names to independent music connoisseurs plus some intriguing newcomers – which leads overall to a great mix.

To begin with the better known artists are at the top of their game. Jowe Head’s baleful and ominous Tom O’Bedlam, from his peerless Widddershins album (reviewed here), is a scary treat and the Homosexuals come up with the smart and playful 3am (Pink Pony), a joyful throwback to their post punk salad days. Government Drugs by Edward Barton And The Baby Men is a real stand-out, scathing lyrically but great almost-pop in sound with a neat 60s organ and Danielle Dax’s Numb Companions is simply spell-binding, a sad and eternally lovely sound.

Of the lesser known acts Disco Mental do an unusual but still very danceable version of the Donna Summer song I Feel Love and the Errant Monks also look to the dance floor (seasoned with a touch of the Fall) on the unusually monikered Sdvig!. Denim & Leather recall the “shambling” bands of old on their gritty and punky effort Scran and the Black Night Mutants also burst forth with hardcore gust of Promazine, which goes through the gears after a quite a gothy start.

Howl In The Typewriter are another new name to me and their slow and languid Digital System is a true delight. Salford Media City’s Neuro Linguistic Partnership might be a bit of a mouthful, but it’s also a perky bit of post punk too, with a scratchy and jangly energy. Mark Hoyle of the excellent Dub Sex guests on Funferall’s industrial dance beat number Beach Virus and Zimzum’s weird but oddly calming Blue Nun is pretty good too.

This compilation comes to an end with Interregnuts by Silver Dick, all toy instruments and off-beat percussion clatter, a glorious mess really but endearing and the comp signs off with more wisdom from Carol Batton. It’s pretty much non-stop fun and even the tracks that don’t quite hit the mark are at least intriguing. There’s no wallowing in misery here – it is all about being truly alive and the power that gives one to be truly creative, even in difficult circumstances.

There’s a wealth of fine and interesting material on Enrages Fou Noix and it is all for a top cause – mental health problems can strike anyone at any time and collections like this can only help understanding that people experiencing such issues can still function fully and added to that produce great art as well.