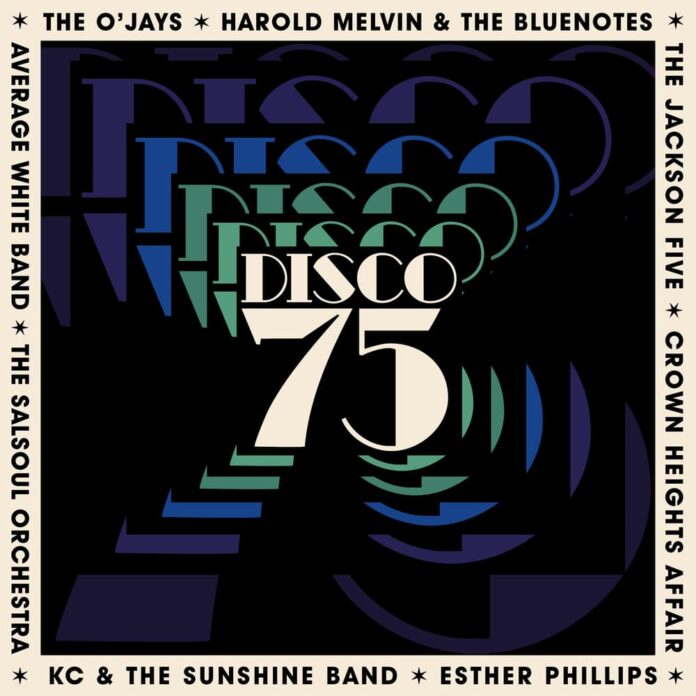 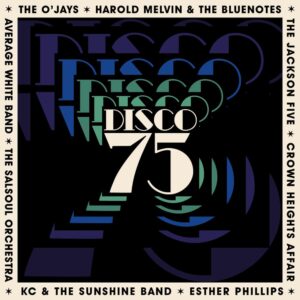 Boxset that focuses on the time when disco was granted its very own charts in the US and the UK. This compilation features contributions from Harold Melvin & The Bluenotes, The Average White Band, MFSB and The O’Jays along with many others. Ian Canty sees if his white suit from 1978 still fits…

Though punk and disco were seen as being at opposite ends of the musical spectrum, they actually had a lot more in common than perhaps one would first think. Both were reactions against the album-based rock music of the 1970s and both provided instant, easily accessible highs for kids trying to build something of their own after the 1960s stopped swinging. Both tapped into elements of gay subculture for different elements of their respective styles and also attracted every parody artist, novelty merchant and cash-in huckster within a 100 mile radius.

But also both drew their constituency from a large number of disenfranchised young people who worked all week wanted to go out and enjoy themselves. They needed something too that they really identified with and either music offered that, albeit in a different way. Simply put, the two sounds gave separate members of the 1970s generation a genuine music they could call their own.

Disco developed gradually out of the combined bases of r&b, soul and funk to produce an eminently danceable format that started to gain traction in the early part of the 1970s. By the middle of the decade it was a big news and regularly scoring hits on the pop charts sin the states and in Britain. Demand became so much that listings began to be compiled in the US and UK especially for it, Billboard putting one together of their own for America and the input of DJs like Chris Hill, Robbie Vincent and Greg Edwards was used to put UK disc charts. It is at this point we join Disco 75, when the music was fresh and arguably at its very height.

Disco 75 reflects the time when producers, singers and players often worked together in a variety of guises, pumping out disco hits by the dozen. Another thing that was happening was that an extended running time was necessary in order to keep the party going, so 12 inch singles gradually become the disco platter of choice. This format was just beginning to come to prominence back in 1975.

Shirley Goodman had been performing since the 1950s and disco gave her a second wind. She is billed here as part of Shirley (And Company), setting things in motion on Disco 75 with the very soulful Shame, Shame Shame. Then follows the smooth funk instrumental of Theme From Lovejoy (no nothing to do with the Ian McShane programme) by Moses Dillard & The Lovejoy Orchestra. This was in the lush style that was very popular at the time, echoing the Philly sound. Many of the tracks featured on Disco 75 tap into it, with varying degrees of success.

Doris Jones is the featured vocalist on Black Stash’s wonderful Isaac Hayes-like Mighty Love Man Pt 1 and Genya Raven, later to produce The Dead Boys’ debut album, impresses on a guitar heavy cover of The Detroit Emeralds’ Feel The Need In Me. The Average White Band’s funky sax-led smash Pick Up The Pieces will be fairly familiar to most and still sounds good even after being virtually played to death and Harold Melvin & The Blue Notes’ Bad Luck is jazz funk smoothness incarnate.

More Shame Pt 1 reflects the disco craze for making sure you got all you could from a popular tune, with the Shirley (And Company) song that started off this disc having the vocal mostly stripped away and a warbling sax line added. Northern soul star Major Lance was domiciled in the rather less than glamourous environment of Benfleet when he cut the feelgood cool Don’t Know Why I Love You and Four Seasons singer Frankie Valli’s extended Swearin’ To God which shimmers delighfully. Dionne Warwick ventures onto the dancefloor as elegantly as one might suspect on Take It From Me and this disc ends with club favourite Zone by The Rhythm Makers.

Bass and percussion build with purpose on disc two’s opener Planting Seeds by Seeds Of The Earth, kind of a Shaft style to this too and it comes blessed with some soaring female vocals. This number came from the KPM studio, famed for their prolific contributions to library music. De-Lite-Ful’s Forget That Girl is more a very bright slice of soul, but it is an agreeable one so for once I won’t quibble. Chuck Jackson was another oldster from the 1950s r&b who had moved with the times. His Love Lights builds on his gutsy singing style and applies it to a nicely flowing rhythm.

Sending Out An S.O.S., Retta Young’s contribution, is so damn catchy it is no surprise it made the UK pop chart and Sylvia Robinson, who would later become a key force in hip hop’s development with her work with the Sugarhill Gang, is represented here by the helium-voiced funk of Pussy Cat. Dreaming A Dream, Crown Heights Affair’s superb breakthrough US single, is like Chic two years early. Ironically it didn’t make much of a dent in the UK, which is surprising as the New Yorkers were otherwise very successful here, later hitting the top ten in 1980 with You Gave Me Love.

The Reflections were a Harlem act who had acted as Melba Moore’s backing outfit and they step out of the shadows with verve on the blazing Three Steps From True Love. A French version of The Moments’ smash Girls is present. The artists were billed on disc as Moments And Whatnauts, but the latter Baltimore group aren’t actually heard on the record. MFSB’s smooth instrumental Sexy and the international hit single Do It Any Way You Wanna by The People’s Choice confirm disco’s strong links to the Philly sound. After Esther Phillips’ most successful single, a fine disco remould of the jazz standard What A Diff’rence A Day Makes, this disc ends with a couple of questionable novelty entries. Banzai’s martial arts cash-in Chinese Kung Fu is a bit duff to be honest, but glam rockers The Glitter Band’s unanticipated spin on the dancefloor Makes You Blind is a touch more authentic.

The final disc of Disco 75 begins with the easy going soul tune Fool by actor Al Matthews, who also appeared in Grange Hill and Bruce Willis vehicle The Fifth Element. This number isn’t really disco as such, but as it is a really nice effort I’ll let it pass. Studio concoction Ultrafunk I’ve written about before (see here for more detail) and their Sting Your Jaws (Part 1) is a fun slice of driving r&b. Though K.C. & The Sunshine Band had to be here, That’s The Way I Like It was such a big hit that one can’t help but wish that one of their less well-known sides might have been opted for instead. I did like the film cash-in of Jaws by blues musician Johnny Otis, who was performing music as early as the late 1930s and Disco Tex & The Sex-O-Lettes wild chant/rap monster Get Dancin’.

It is always worth one’s time to listen to The O’Jays and bass-led rush of I Love Music was another smash of theirs and a real highlight of this third disc. Soul Train on US TV was first to put the fledgling disco scene on screen, so it was only natural that they had their own purpose-built act. The Soul Train Gang sang the show’s theme Soul Train 75 and it is full of sweeping strings, powerful horns and dreamy female voices singing the programme’s name appealingly. Jimmy James And The Vagabonds had been a real live draw on the 1960s London gig scene, with their rivals including Geno Washington & The Ram Jam Band, Zoot Money’s Big Roll Band and Georgie Fame And The Blue Flames. Come the mid-1970s they actually hadn’t changed that much, which is fortunate as they were always great. Their tune here, the James Brown-influenced I Am Somebody, is a rock-solid soul stomper.

Salsoul was one of the top disco imprints and their crack studio outfit The Salsoul Orchestra’s Chicago Bus Stop (Ooh, I Love It) cops a bit of Van McCoy’s The Hustle and runs with it fairly successfully. Juggy Murray Jones was a co-founder of the legendary Sue Records and scored on the disco charts with the very orchestrated funk of Inside America and long-running soul stars Archie Bell & the Drells cross effortlessly over to the dancehalls with the super-fine Let’s Groove from their Philadelphia International debut album Dance Your Troubles Away. Like the last disc, this ends on a bit of a damp squib with Let Me Be The No. 1 (Love Of Your Life) by Dooley Silverspoon, which is pretty much disco by numbers.

Though Disco 75 does feature what can only be termed as a number of borderline cases, for the most part it is a very entertaining set. The sleeve booklet is informative, though spelling Dionne Warwick as Dionne Warwicke throughout the packaging is a minus point. There is however some top quality material included among the sounds to make one look forward to further years being documented in what is projected as a series of sets. Disco was the sound of carefree abandon and pure good times and Disco 75 cherry-picks enough of the better material to form a reliable picture of when the music first really took off as a major force.